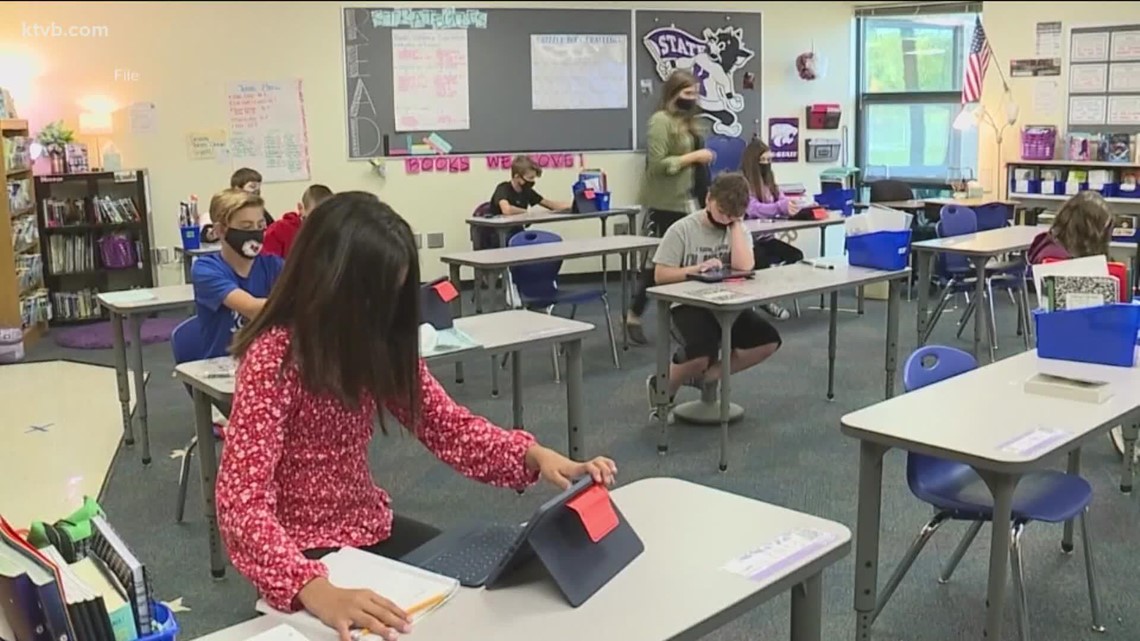 The National Education Association’s annual ranking and estimate report showed the national average for student spending was $14,000; in Idaho, that was just $8,376.

BOISE, Idaho — The National Education Association’s annual rankings and estimate report found that from 2020 to 2021, the national average spent per student was over $14,000; the report also found that Idaho spent $8,376 per student, ranking last at 51.

“There has been long-standing neglect, honestly, of public education in Idaho,” Mike Journee, spokesperson for the Idaho Education Association, said.

This is the second year that Idaho ranked last in the same category.

“We have been there for a while and we are going to have to have a long hard conversation on how we improve that,” said Sally Toone, part of the House Education Committee.

The report also found that the average salary for public school teachers across the country was $65,293. Idaho’s average teacher salary came in at $51,817, which puts them 45th in the nation.

“Unfortunately, we were one of the three states where they declined our salaries when you put inflation on there, and then you are saying you want professional teachers, there’s a two-edged sword,” Toone said.

“One of the most important things for student success is having an experienced well supported educator in the classroom,” Journee said.

According to Journee, the findings of below-average salaries come at a time when over half of Idaho teachers consider leaving the industry.

“We are still way behind, and we still have a long way to go in order to bring Idaho on par with other states, especially the surrounding states, where our educators can go to work for much more money, better benefits,” Journee said.

Representative Toone believes the road to recovery starts by updating Idaho’s funding formula. According to Toone, the state allocated a set amount of funding to school districts, if it is not enough, districts must run supplemental levies to make up the difference in funding.

“When we have districts like Blaine county and Coeur d’Alene that have property values that are very high, and when they pass a levy, they can pass it for more,” she said. “When you have a district like Bliss, Idaho, that has 180 students, you don’t have the ability to collect that tax,” Toone said.

Toone said she would like to see the funding formula be readjusted to account for student numbers.

“Let’s talk about a small school district whether we have ten kids in the classroom or 30 kids, it’s going to cost the same, so that classroom unit has to be accounted for,” Toone said.

According to Chairman of the House Education Committee, Lance Clow, simply changing the funding formula will not be enough.

“Changing the funding formula by itself doesn’t solve the problem, it’s more money in the formula that solves the problem,” Clow said.

Clow added, that more money is coming to Idaho schools and teachers.

“We are on a glide path to make dramatic changes to teacher salaries,” Clow said. “The next few years there’s going to be dramatic increases in appropriations from the state.”

The recent rankings from the NEA do not reflect the 12.5 percent increase in K-12 funding that was approved in Idaho’s most recent legislative session.

“I think it’s hard to move the needle when you know that other states especially towards the bottom, are investing more and more every year also,” Clow said.

However, the recent report did not move Idaho down in all categories. Idaho ranked 29 when it came to salaries for starting teachers, with an average of $39,842, just slightly below the national average.

Some policymakers are encouraged that additional state funding in years to come will only increase the good work coming out of Idaho schools.

“This year is the largest increase that we have had for a long time and hopefully it will change some of those numbers a few slots,” Toone said. “The morale and the nice side of our public education, we have to ring the bell on basically because those are wins.”