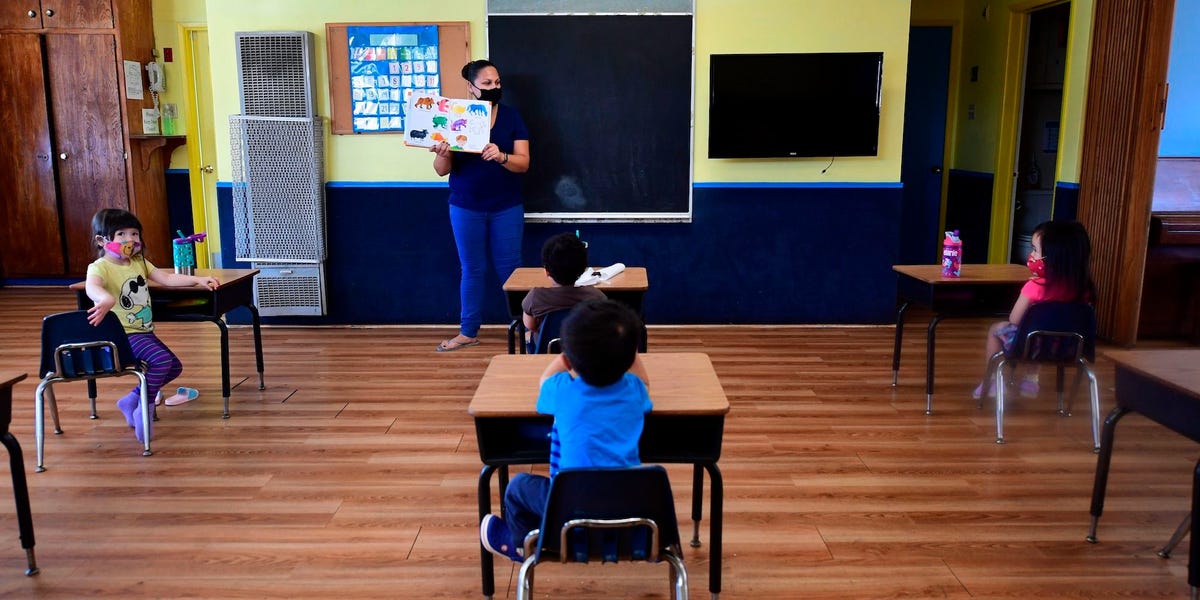 The US Centers for Disease Control and Prevention (CDC) has delayed the release of documents giving new advice to schools on how they can reopen safely even as the coronavirus pandemic continues.

The decision comes after President Donald Trump criticized an earlier version of the agency’s advice, and instead emphasized that he wants schools to open again quickly.

Revised guidelines were due to come out this week, but a CDC spokesperson told NPR that they will instead be delayed, and would come out by the end of the month.

Separately, a spokesperson also told CNN that they were not “ready” not be published this week, and instead would “likely” be out by the end of the month.

Trump has pushed for the reopening of schools in the fall, despite health concerns from teachers and parents.

He had attacked the prior CDC on Twitter, saying earlier in July that they are “tough & expensive” and that the CDC was “asking schools to do impractical things.”

That guidance includes desks being six feet apart, children arriving at staggered times, and masks and daily temperature screenings for students and staff.

And White House press secretary Kayleigh McEnany said on Thursday that Trump wants US schools to be “open and full,” saying that “the science should not stand in the way of this.”

She continued by saying that “The science is on our side here,” citing a study that showed children’s risk of critical illness from COVID-19 to be lower than the regular flu.

But, as Business Insider’s Sonam Sheth reported, many public-health officials are cautioning against school reopenings because of a lack of research into how children react to the virus. Some fear schools could become centers of transmission for the virus.

Trump and other White House officials have pointed to how schools have reopened in many other countries. On Twitter, Trump pointed to Germany, Denmark, Norway, and Sweden.

But those countries have all controlled their outbreaks, while the US continues to have the worst one in the world.

And most have imposed rules similar to the CDC guidelines that Trump deemed too strict, like distancing students, mandating masks, and  implementing new rules about entering school buildings.

Pence said on Tuesday that he doesn’t want the new guidance to be a reason why schools don’t open.

“To be very clear,” Pence said Tuesday, “we don’t want CDC guidance to be a reason why people don’t reopen their schools.”

The CDC spokesperson told NPR that the new guidelines will “provide additional information for administrators, teachers and staff, parents, caregivers and guardians, as together we work towards the public health-oriented goal of safely opening schools this fall.”