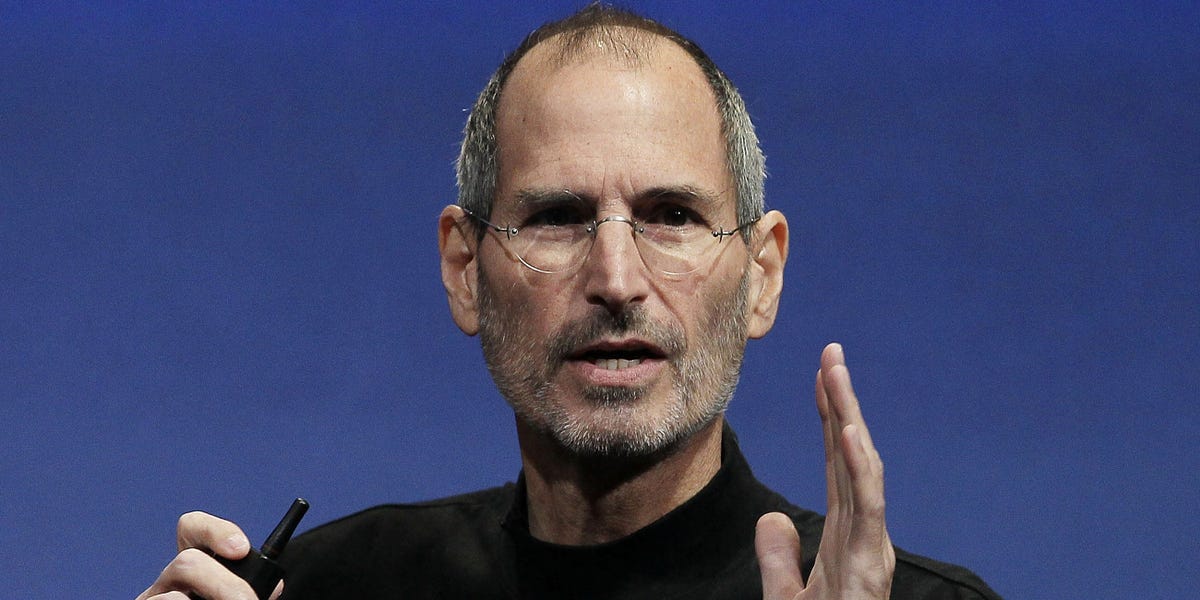 You could use a lot of adjectives to describe Steve Jobs: innovative, visionary, charismatic. But on the short-list of those words would have to be ruthless, as new email messages made public Wednesday made clear yet again.

Jobs — who died in October 2011, but was the founder and previous CEO of Apple — instructs subordinates in the emails to “cut off” a developer who publicly criticized the company, force developers of subscription-based apps to use Apple’s payment service, and block any other company from offering a digital bookstore for Apple’s iPhones and iPads unless they gave Apple a cut of their revenue.

“I think this is all pretty simple,” Jobs wrote in an email dated February 6, 2011 focused on the bookstore issue. “[Apple’s] iBooks is going to be the only bookstore on iOS devices. We need to hold our heads high. One can read books bought elsewhere, just not buy/rent/subscribe from iOS without paying us, which we acknowledge is prohibitive for many things.”

Jobs’ email were part of a trove of internal messages released by the House Judiciary Committee’s Subcommittee on Antitrust, Commercial, and Administrative Law. The subcommittee made the documents public following its hearing into antitrust concerns about Apple and the other giant tech companies. That hearing focused on testimony from the current CEOs of Apple, Google-parent Alphabet, Amazon, and Facebook.

Much of the concern about Apple centers on how it manages the App Store for iPhones and iPads. The only native applications that users of those devices can generally install are those offered in the App Store. Apple sets all the rules for those apps, including which ones can be listed in the store, the services for which they have to pay Apple, and the amount they have to pay. Some regulators and market observers have worried the company uses its control over the App Store to favor its own apps, throttle possible competitors, or to charge developers unfair or unreasonable fees.

Apple was aware of concerns from other booksellers

The old email messages — particularly those from Jobs — are sure to add fuel to that argument. His 2011 digital bookstore comment was part of a larger exchange with top company officials about whether and what Apple should charge developers who offer digital content and subscriptions through their apps. The officials settled on charging developers a 30% commission on sales of such products.

The officials were aware in the discussions that book vendors were opposed to having to pay Apple such a commission, because they already were already paying a comparable charge to the book publishers.

“Book stores will claim this model doesn’t work,” executive Eddy Cue, who oversaw the App Store, said in an email that was part of the thread that led to Jobs’ comment.

Jobs wasn’t afraid to be ruthless even with other tech behemoths. In a related email exchange from the previous year, he and Phil Schiller, Apple’s marketing chief, were discussing Amazon’s Kindle ebook app. At the time, Apple had granted Amazon an exception so that it didn’t have to pay a commission when customers purchased digital books on their iPhones and iPads. Schiller was annoyed that Amazon was running ads that demonstrated how customers could purchase Kindle ebooks on an iPhone and then read them on an Android-based phone.

“While the primary message is that there are Kindle apps on lots of mobile devices, the secondary message that can’t be missed is that it is easy to switch from iPhone to Android,” Schiller said in a message to Jobs. “Not fun to watch.”

In a later message Schiller suggested to Jobs that Apple force Amazon to use Apple’s payment system — and pay its commission — when selling books on iPhones and iPads. He noted that Amazon may refuse to do that, in which case Apple might be forced to decide whether to pull the app from its store for violating its rules.

Jobs made clear he wasn’t about to back down from a possible fight.

“It’s time for them to decide to use our payment mechanism or bow out,” he said.

Jobs advised subordinates to ‘cut off’ a developer

But Jobs was perhaps at his most forceful and unsentimental in responding to a developer who had been critical of the company. In the summer of 2010, Apple introduced new rules requiring developers to write apps for the iPhone and iPad in the native programming language of those devices, rather than writing in a different language and using a software tool to translate them.

A developer named Joe Hewitt objected to the requirement, because he thought the language Apple was requiring was “mediocre.” Hewitt went to the press with his complaints.

“I’d suggest we just cut Joe off from now on,” he said.

Got a tip about Big Tech? Contact Troy Wolverton via email at [email protected], message him on Twitter @troywolv, or send him a secure message through Signal at 415.515.5594. You can also contact Business Insider securely via SecureDrop.