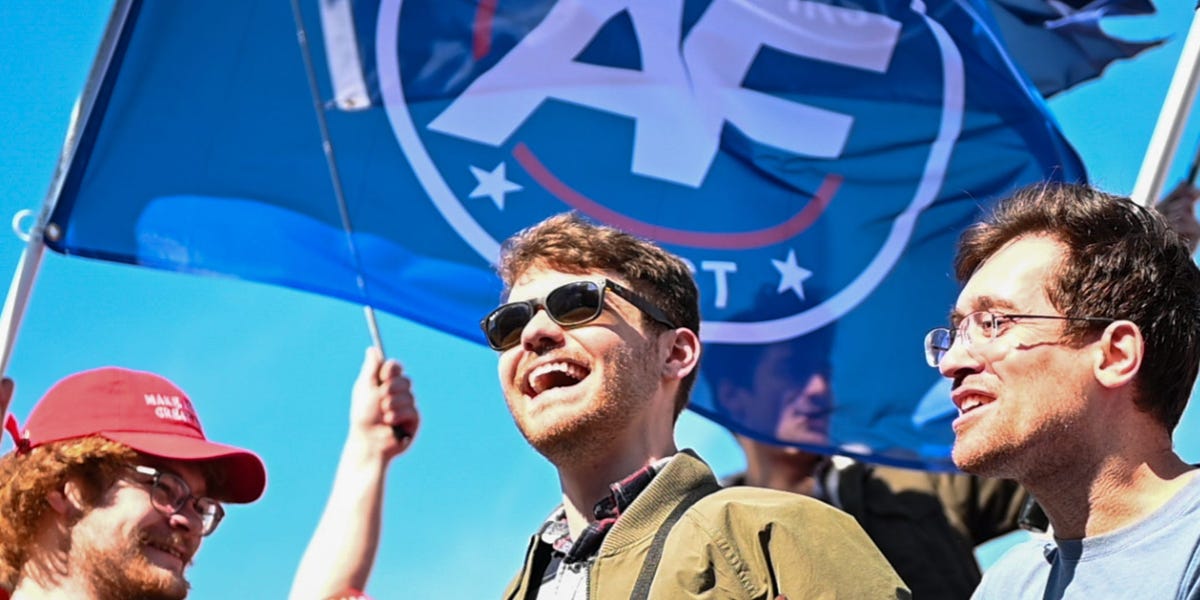 Nick Fuentes offered prayers for Russian forces and praise for President Vladimir Putin over the invasion of Ukraine less than two weeks after Republican lawmakers attended a conference he hosted.

Fuentes is an alt-right figure who has been called a “white supremacist leader and organizer” by the Anti-Defamation League and is known for espousing racist and anti-Semitic views.

He made the comments about Russia during an episode of his “America First” show that aired on March 10.

Fuentes opened the show by mocking calls made by Vice President Kamala Harris and other Western leaders for a war crimes investigation into Russia’s actions in Ukraine, where Putin launched a full-scale invasion on February 24.

Fuentes dismissed concerns about potential war crimes, despite reports of Russian forces attacking civilian targets, including a maternity hospital in Mariupol and two schools and private residences in the Chernihiv region.

“We continue to support czar Putin in the war effort,” Fuentes said, adding: “We want to keep our brave soldiers in the white, blue, and red in our prayers and in our thoughts as they continue to liberate Ukraine from the Great Satan and from the evil empire in the world, which is the United States.”

Later in the show, Fuentes said Putin’s actions in the war are “not aggression” and are “not unreasonable,” repeating the baseless claim that Russia is trying to de-Nazify Ukraine. He also claimed there are “no extensive civilian casualties,” despite the United Nations saying on Monday that there had been more than 600 civilian deaths.

Fuente’s comments came less than two weeks after two US representatives attended a far-right event — the America First Political Action Conference — that he hosted the weekend of February 25.

Republican Reps. Marjorie Taylor Greene and Paul Gosar made appearances at the event, prompting condemnation from other party members.

“There’s no place in the Republican Party for white supremacists or anti-Semitism,” Senate Minority Leader Mitch McConnell said in a statement when asked about the lawmakers’ attendance. House Minority Leader Kevin McCarthy also called their appearance at the event “unacceptable” and said it was “appalling and wrong.”

However, McCarthy also criticized Greene for not walking away when Fuentes introduced her after telling the crowd to give “a round of applause for Russia,” CNN reported.

Representatives for Greene and Gosar did not immediately respond to Insider’s requests for comment.