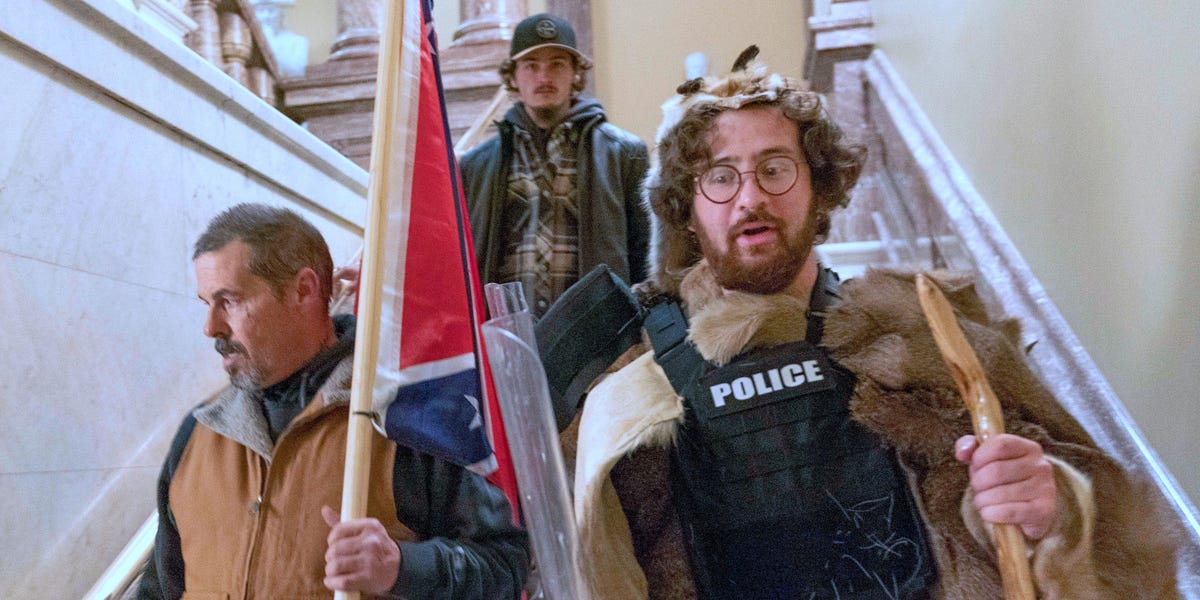 A Brooklyn judge’s son who stormed the Capitol adorned in furs and a stolen Capitol Police riot vest pleaded guilty Wednesday to three charges related to his role in the insurrection.

Aaron Mostofsky, 35, the son of Brooklyn Supreme Court Justice Steven Mostofsky, was arrested in January 2021, after investigators identified him in multiple media appearances from the siege.

Prosecutors said Mostofsky took a bus from New York to Washington DC to attend former President Donald Trump’s “Stop the Steal” rally on January 6, 2021. According to investigators, Mostofsky joined several other rioters in overtaking a line of police officers and breaching the Capitol.

In a video interview with The New York Post inside the Capitol building, Mostofsky claimed the election was stolen, according to charging documents.

“I don’t think 75 million people voted for Trump,” he told The Post, according to prosecutors. “I think it was close to 85 million.”

The FBI also obtained messages in which Mostofsky told his friend who was also in DC for the rally to “look for a guy looking like a caveman.”

He added: “Even a caveman knows [the election] was stolen.”

Prosecutors also found past messages from Mostofsky’s Facebook page where he proposed rioting after Republicans lost the House of Representatives in the 2018 mid-term elections.

He faces up to seven years in prison after pleading guilty to one count each of civil disorder, theft of government property, and entering and remaining in a restricted building.

Mostofsky was initially indicted on eight charges, including obstructing an official proceeding, which carries a possible penalty of 20 years in prison.

Mostofsky is set to be sentenced on May 6.

An attorney for the defendant did not immediately respond to Insider’s request for comment. Insider also reached out to contacts appearing to belong to Steven Mostofsky for comment.

More than 760 people have been arrested in connection with the Capitol riot and more than 175 have pleaded guilty.