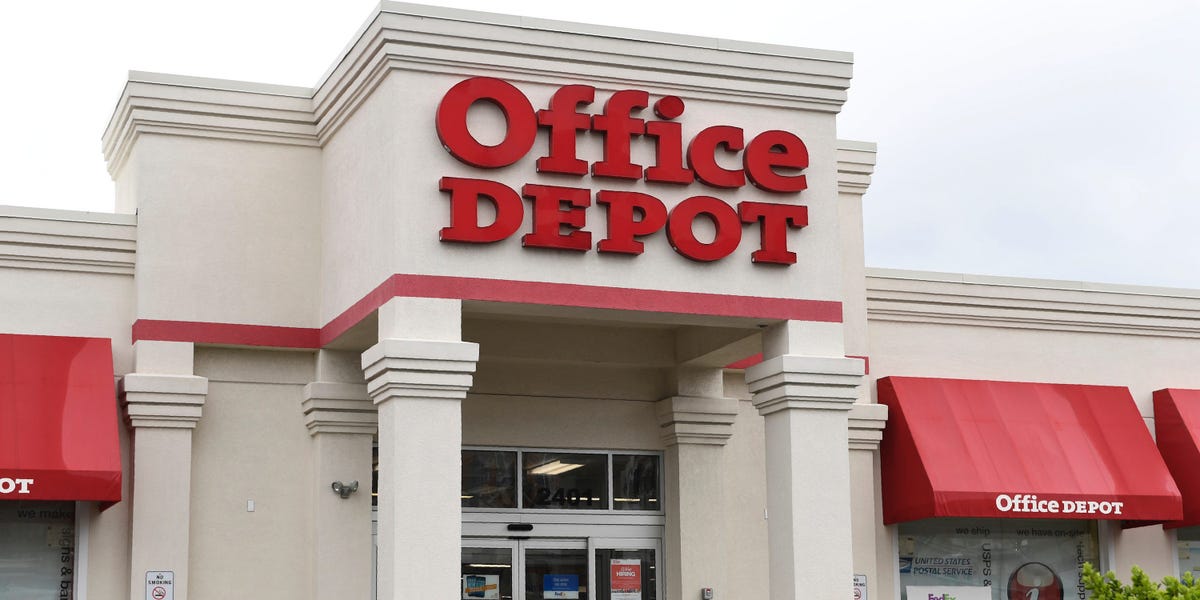 The ODP Corporation, parent company of Office Depot, soared as much as 20% on Monday after Staples offered to buy the company for the third time in 25 years.

In a letter sent to the board of directors of ODP, Staples offered $40 per share for Office Depot, or $2.1 billion. Staples last tried to acquire Office Depot for more than $6 billion, but the proposed merger was declined by the FTC due to anti-trust concerns.

Staples also tried to acquire Office Depot in 1997. The current offer represents a 61% premium over the average trading price of Office Depot over the past 90 days.

Staples went private in 2017 after selling itself to Sycamore Partners and affiliates of Staples currently own about 5% of outstanding shares of Office Depot.

“Staples has sufficient resources to finance the transaction, so our obligation to proceed with the transaction is not subject to a financing contingency,” the letter said.

Staples would be prepared to sell some units of Office Depot to unlock value and escape antitrust concerns from US regulators, according to the letter.

And in the event that Office Depot and Staples can not agree on a deal, Staples plans to launch an all-cash tender offer for 100% of ODP stock in March.

In a statement, Office Depot confirmed receipt of the letter from Staples and said it would carefully review “the proposal with its financial and legal advisors to determine the course of action that it believes is in the best interests of the Company and its shareholders.”

Read more: BANK OF AMERICA: Buy these 10 Dow stocks to take advantage of rich dividends and a long-term strategy primed for a comeback in 2021