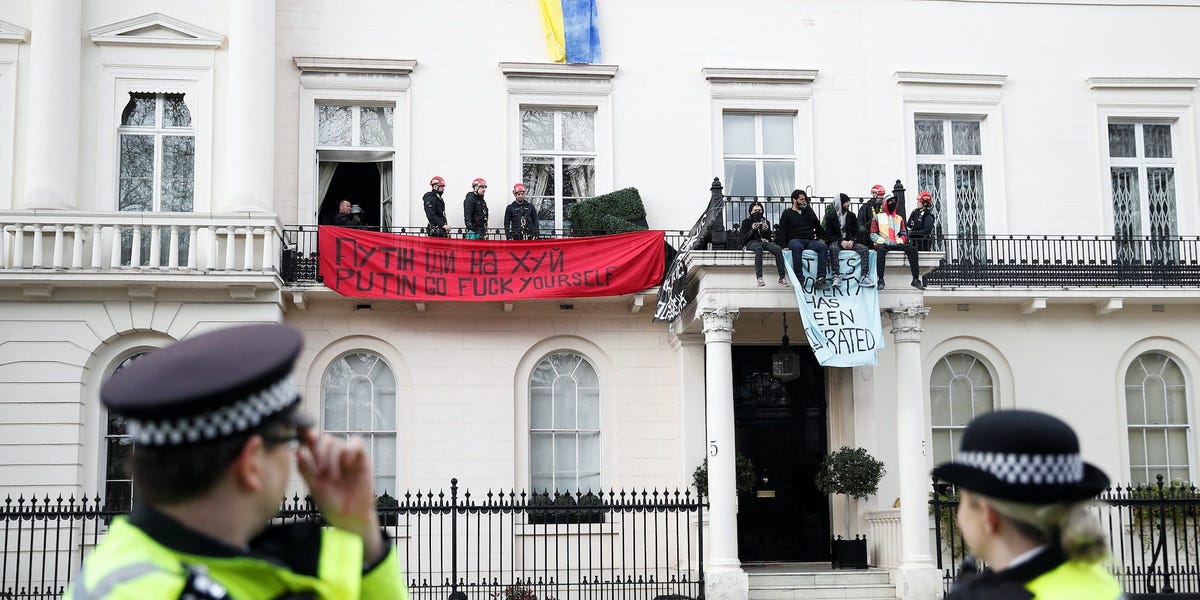 A Russian oligarch said he was “appalled at the negligence of Britain’s justice system” after a group of activists broke into a London mansion that he said belongs to his family.

London’s Metropolitan Police said the protesters entered a mansion in Belgrave Square, a luxury residential area in central London, around 1 a.m. local time Monday. The force said at 8 p.m. on Monday night that four people who stationed themselves on the house’s balcony had come down and were arrested.

British media reported earlier on Monday that the house was owned by Oleg Deripaska, and a 2007 England and Wales High Court document said he “beneficially owns” it. Deripaska is the billionaire founder of the Russian aluminum company Rusal and one of the oligarchs the UK sanctioned over Russia’s invasion of Ukraine.

In a Monday statement, Larisa Belyaeva, a spokesperson for Deripaska, said the oligarch and his family were “appalled at the negligence of Britain’s justice system shown by Boris Johnson’s cabinet in introducing the sanctions and colluding with the sort of people who raid private property,” Reuters reported.

The statement also said the house was owned by Deripaska’s family rather than him personally.

It is not clear whether her comments came before or after the protesters were arrested.

Insider visited the site on Monday afternoon, when the four activists were on the building’s balcony with a banner that read: “This property has been liberated.”

Some police officers were on the balcony with the activists, while other officers repeatedly went up and down in a crane to talk to them.

The activists chanted “free Ukraine” as well as anti-police slogans.

One member of the group told reporters that they intend to “house Ukrainian refugees and refugees from all nations,” The Telegraph reported.

Another said: “We want Ukrainian refugees to have this property,” The Washington Post reported.