Oregon in talks with Trump administration about pulling feds from Portland 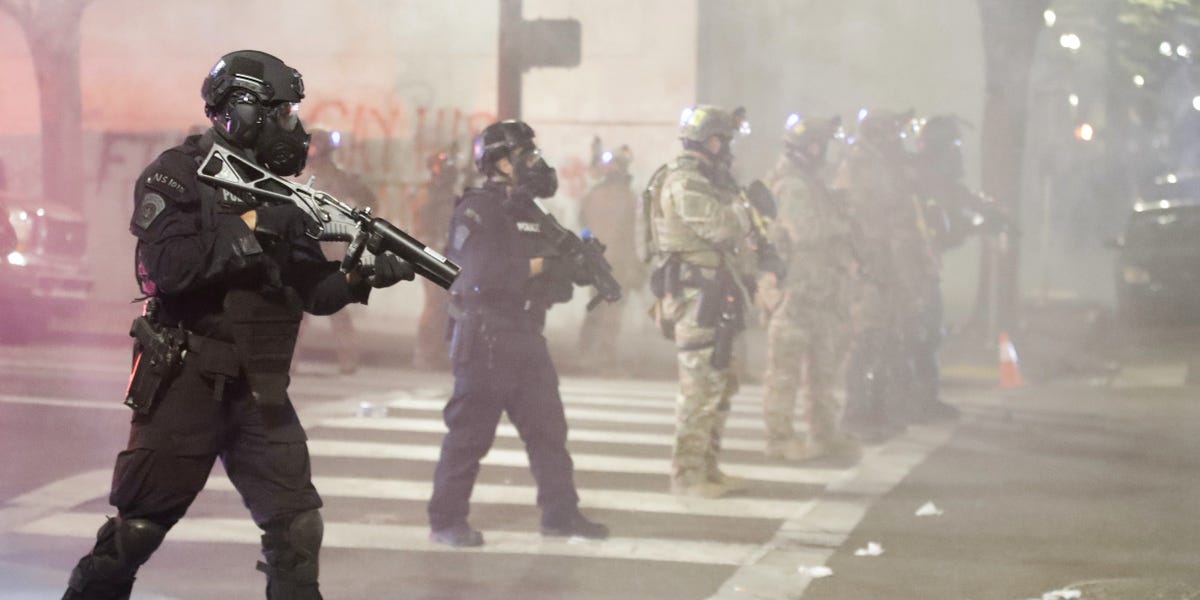 The Trump administration is in discussions with Oregon Gov. Kate Brown about reducing the federal presence in Portland, a senior White House official told the Associated Press on Tuesday.

The administration is making the offer as part of a deal, the AP reported: it will remove federal agents if local Democratic leaders do more to quash protests.

Neither Brown nor Portland Mayor Ted Wheeler have confirmed the report. Both have criticized the federal presence, arguing it has only exacerbated social unrest.

The reported offer comes a day after the news that the Trump administration was actually considering the deployment of an additional 100 federal agents to Oregon.

It also comes 48 hours after some of those agents indiscriminately fired tear gas and less-lethal munitions at protesters in Portland, wounding a local journalist, Trip Jennings.

On Tuesday, the American Civil Liberties Union Foundation of Oregon asked a federal court to hold federal agents in contempt for violating a restraining order barring attacks on journalists and legal observers.

“This administration claims to be defending the federal courthouse, but won’t obey the orders coming out of it. What purpose are these agents actually serving then?” Kelly Simon, interim legal director of the ACLU of Oregon, said in a statement.