Pence Didn’t Want ‘Visual’ of Him ‘Fleeing’ the Capitol 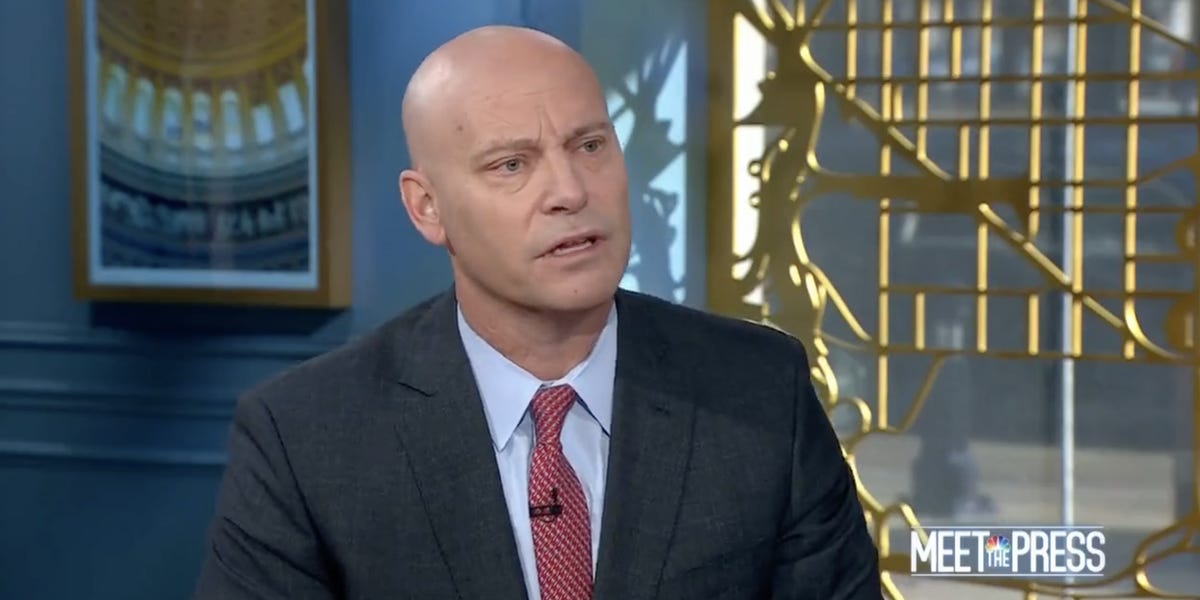 Marc Short, the chief of staff for Mike Pence during the last two years of Pence’s vice presidency, said Pence resisted calls from his security team to leave the Capitol during the January 6, 2021, riot because he didn’t want to project an image of “fleeing” the building.

Speaking on NBC’s “Meet the Press” on Sunday, Short said Pence refused to leave his office after being evacuated from the Senate floor since he was in the middle of counting Electoral College votes, despite numerous attempts from the Secret Service to get him to exit the premises as the situation at the Capitol became more dire.

“At that point, Secret Service had tried to move him twice, but the vice president was resolute and said: ‘I’m not going to let the free world see us fleeing the Capitol, and I’m staying,'” Short said, recalling visiting Pence’s office shortly after the evacuation.

Pence eventually agreed to move from the suite when Secret Service officials once again pleaded with him, telling the vice president they couldn’t protect him in their current location because of a glass door, Short told the host Chuck Todd.

“They evacuated us to a secure location at the bottom of the Capitol,” he said. “At one point there was an attempt to again put the vice president into a motorcade, but he was clear to say, ‘That’s not a visual I want the world to see of us fleeing the Capitol.'”

Several rioters who stormed the building while lawmakers were meeting to certify the results of the 2020 election chanted “Hang Mike Pence,” though Short said on Sunday that he didn’t personally hear the line during the insurrection, adding that he wasn’t sure whether Pence had heard it either.

The rioters — ardent supporters of then-President Donald Trump and his claims of a stolen election — stormed the Capitol after they listened to a raucous speech from Trump. At the event, Trump continued to push the debunked theory that he — and not his ultimate successor, Joe Biden — was the rightful victor in the election.

So far, more than 760 people have been charged in connection to the riot.

Until this month, Pence, like other major figures in the GOP, had appeared to downplay the events of January 6.

“I’m not going to allow the Democrats or the national media to use one tragic day in January to demean the intentions of 74 million people who stood with us in our cause,” Pence said late last year.

He continued: “And I’m not going to allow the Democrats to use one tragic day in January to distract attention from their failed agenda and the failed policies of the Biden administration. We’re going to focus on the future.”

But Pence made headlines Friday with a rare break with Trump, saying the former president was “wrong” to say Pence as vice president could’ve overturned the results of the 2020 election.

While neither Pence nor Trump has officially declared a 2024 White House bid, the former president has teased a run since last year, and the former vice president has continued to speak at conservative events across the country.