Postmaster General says to leave mail behind if it delays routes 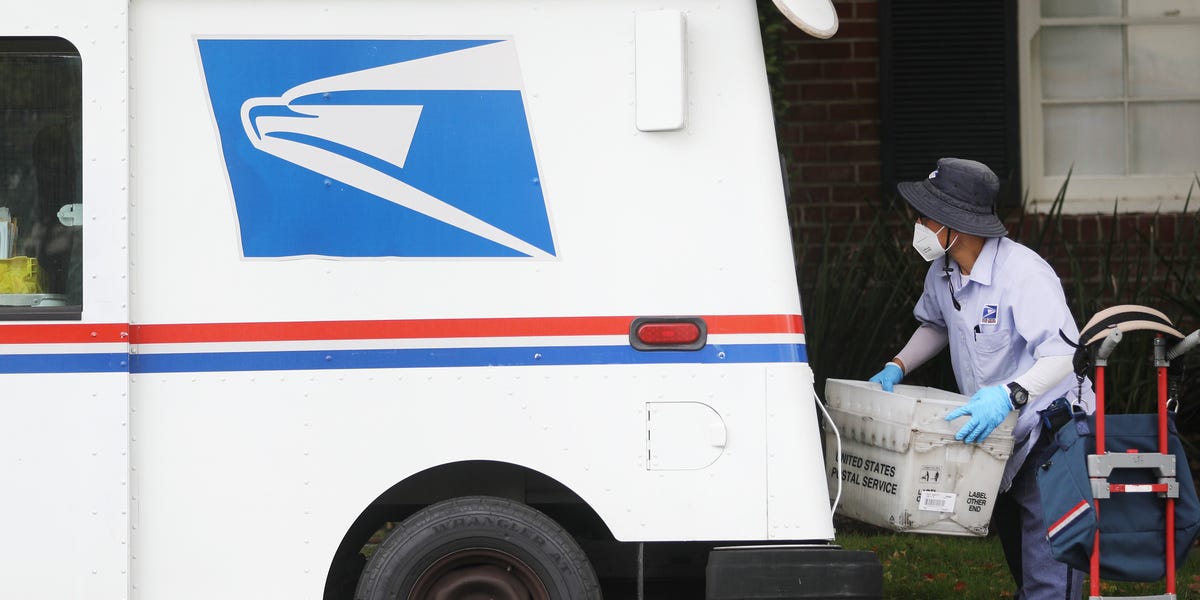 As it struggles to stay afloat during the coronavirus pandemic, the US Postal Service has implemented “difficult” cost-cutting measures that may slow mail delivery, The Washington Post first reported.

The changes, established by the USPS’s new Postmaster General, Louis DeJoy, were disseminated Monday in memos that were viewed by The Post, verified by the American Postal Workers Union, and corroborated to The Post by three people with knowledge of the documents who spoke under the condition of anonymity. Business Insider also obtained and reviewed the memos.

In the documents, DeJoy instructed workers to stop logging overtime and to leave mail at distribution centers if it would delay their route.

“If the plants run late, they will keep the mail for the next day,” reads one of the documents. “If you get mail late and your carriers are gone and you cannot get the mail out without OT, it will remain for the next day.”

This new directive goes against the training postal workers traditionally receive, which says they should avoid leaving letters behind and should make sure items are delivered promptly, even if that means making multiple trips, The Post notes.

“One aspect of these changes that may be difficult for employees is that — temporarily — we may see mail left behind or mail on the workroom floor or docks,” a second memo states, adding that “any mail left behind must be properly reported.”

In the same document, the USPS said that late trips and extra trips — which it estimates cost the agency roughly $200 million in “added expenses” — are now prohibited.

The cost-cutting policies come as the USPS is barely scraping by during the coronavirus pandemic. Despite a ton of package deliveries, overall letter-mail volumes have plummeted since the pandemic began and businesses shuttered. Even with a $10 billion line of credit granted by the CARES Act, the Postal Service has found itself in dire straits — as of May, estimates were that the agency could run out of cash by the end of September.

While acknowledging the Postal Service’s rocky financial position, Mark Dimondstein, president of the American Postal Workers Union, sharply criticized the new measures — arguing they hit at the very core of the agency’s mission, which is to “provide prompt, reliable, and efficient service.”

“These additional moves by the new Postmaster General seem to be sending the opposite message, which is that mail can wait,” Dimondstein told Business Insider in a phone call on Tuesday. “It will likely undermine the mission we’re dedicated to. And in terms of the people of the country, it will likely lead to slower, less prompt, and less reliable, and really less efficient service.”

When asked about the memos, a spokesperson for the USPS told Business Insider that the service is “developing a business plan” to remain financially stable while providing “reliable, affordable, safe and secure delivery of mail, packages and other communications to all Americans as a vital part of the nation’s critical infrastructure.”

“While the overall plan is not yet finalized, it will certainly include new and creative ways for us to fulfill our mission, and we will focus immediately on efficiency and items that we can control, including adherence to the effective operating plans that we have developed,” the spokesperson said.

This story has been updated with comment from the US Postal Service.