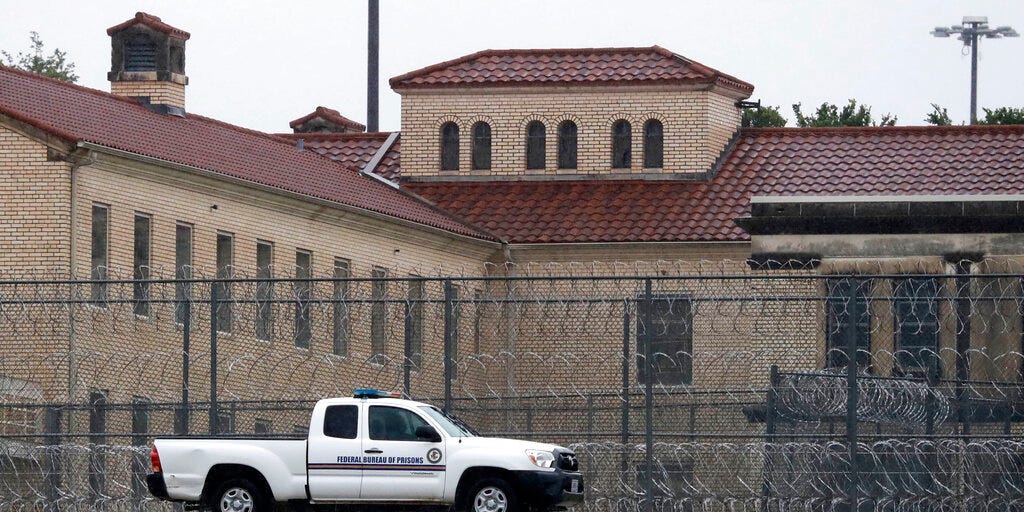 But more than a year since he took office, some federal prison workers tell Insider their working conditions at federal prison facilities have worsened as the COVID-19 pandemic persists.

Staffing shortages, mandatory overtime, and the practice of “augmentation,” where non-custodial employees — counselors, doctors, nurses — must substitute as correctional officers despite receiving little or no training, are just some of the issues plaguing dozens of federal prisons across the country.

The conditions are causing many prison workers to feel burnt out and driving some to quit the agency.

“The staffing issues, the stress issue … as months go along, it just gets worse and worse and worse,” said Joe Gulley, the president of the local union chapter representing federal employees at United States Penitentiary Leavenworth in Kansas.

Josh Lepird, who works for the Federal Bureau of Prisons in Oklahoma, told Insider that there have been “several individuals who quit the Bureau here locally due to this increased stress level and mandated overtime.”

“Poor staffing is one more worry we do not need when dealing with COVID-19 protocols and the increased stress of the inmate population, who have more restrictions due to the pandemic,” Lepird said.

There are 122 federal prison facilities located across the country. The Federal Bureau of Prisons, which is one of the Justice Department’s largest agencies, currently oversees 154,194 incarcerated individuals and has 36,348 employees as of March 18, according to its website.

But prison staffing has been declining.

For years, the Federal Bureau of Prisons has struggled to hire enough employees for its facilities. Because of the staffing shortages, prison workers had to work overtime and participate in the augmentation practice. But when the pandemic hit in March 2020, fears of contracting COVID-19 and the lack of social distancing within these facilities, only  intensified these issues, federal prison workers say.

The Federal Bureau of Prisons issued an employee survey last year that found that since the pandemic began, the “majority of respondents reported feeling increased stress or anxiety at work and being asked to perform tasks outside their normal duties.”

Nearly one in three respondents who answered that they were stressed from the job reported that they have considered leaving the Bureau of Prisons, according to the survey.

In August, Insider reported that prison workers at a Leavenworth prison facility felt like upper management were not adequately taking necessary steps to mitigate the spread of COVID-19. At the time, the federal prison said that only 10 staffers had contracted COVID-19 and recovered. But Gulley said the number of prison workers who contracted the virus was closer to 200.

Four current employees at a Leavenworth prison facility recently told Insider that the number of COVID-19 cases have significantly gone down. But the issues of prison workers working more hours and participating in augmentation has driven many to quit.

“It’s definitely been more than I’ve ever seen in my career,” Gulley said, referring to the number of employees that have quit in the last four months than he has since he began working at the Leavenworth prison in 2001.

Several prison workers across the country told Insider if the leadership at the agency continues to ignore these problems and not hire more employees then it will lead to more people quitting.

“I fear that if it doesn’t change we are going to see multiple staff either exit or something tragic actually happens. Because you can only work a person so long,” said John Butkovich, a correctional officer at a federal prison in Florence, Colorado.

The agency needs to act more swiftly to address these concerns because staffing shortages at federal prisons can significantly harm incarcerated individuals residing there, Liz Komar, sentencing overhaul counsel at The Sentencing Project, an advocacy group that works to reduce the use of incarceration, told Insider.

“People are confined to their cells for longer, staff have reported locking people in their cells for entire weekends and then medical care gets dramatically worse,” Komar said.

Komar said that this can worsen the medical attention and care that incarcerated individuals receive.

The Federal Bureau of Prisons has previously stated that it has taken several steps to mitigate the spread of COVID-19 in federal prison facilities.

The agency is “working closely with the Centers for Disease Control and Prevention (CDC) on creating and updating guidance for mitigating the impact of COVID-19 in correctional institutions,” Benjamin O’Cone, an agency spokesperson, told Insider.

“While a prison setting is unique when addressing a pandemic, the care and treatment of an identified positive COVID-19 case is not. The Bureau of Prisons follows CDC guidance, the same as community doctors and hospitals, with regard to quarantine and medical isolation procedures, along with providing appropriate treatment,” O’Cone said.

O’Cone did not specifically address the staffing shortages or the reasons why individuals are quitting.

Earlier this year, Michael Carvajal, who headed the Federal Bureau of Prisons, resigned from his post after facing intense scrutiny for how the agency handled COVID-19 in the federal prison facilities.

Attorney General Merrick Garland has not yet appointed someone to replace him.