Putin Isolated During Pandemic, No Longer Meets Friends for ‘Drinks and Barbecues’ 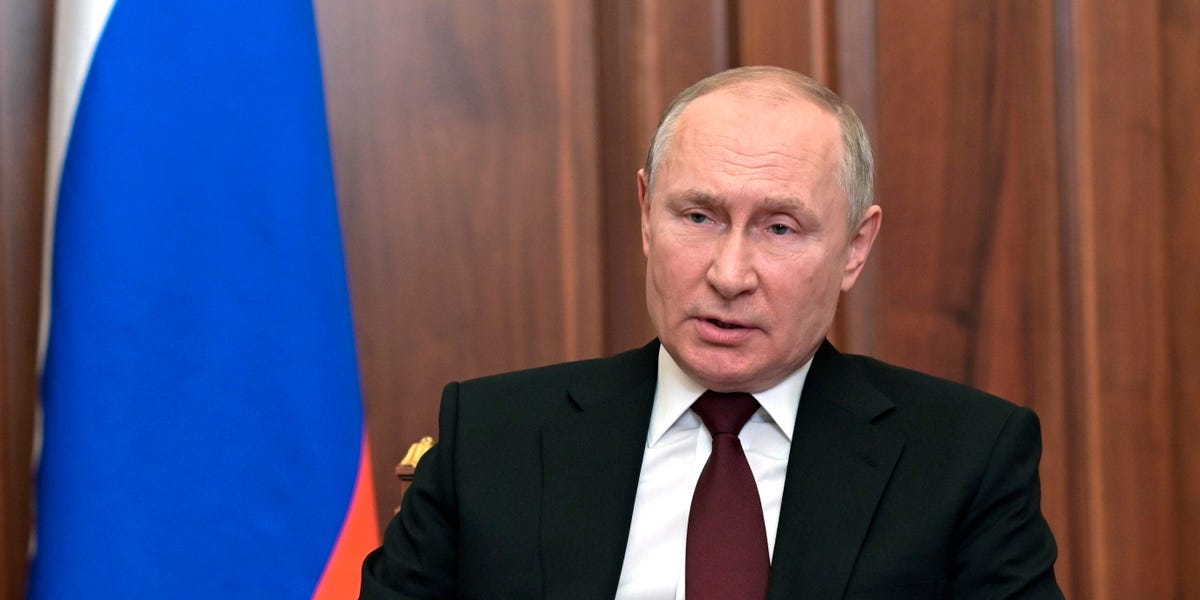 Russian President Vladimir Putin has become so isolated during the pandemic that he has “completely lost interest in the present” and is “obsessed” with the past, according to a Russian journalist’s essay in The New York Times.

Mikhail Zygar is the former editor in chief of the independent Russian TV News channel Dozhd and the author of “All The Kremlin’s Men,” a book about Putin’s inner circle.

In an opinion piece for The New York Times, Zygar wrote that his sources close to the Russian President said Putin is “annoyed” by issues of the present like the economy, social issues, and the coronavirus pandemic and instead he and his aides “obsess over the past.”  Zygar says it is this obsession with the past that led Putin to invade and start a war in Ukraine.

“In his mind, Mr. Putin finds himself in a unique historical situation in which he can finally recover for the previous years of humiliation,” Zygar wrote. “The only Western leader that Mr. Putin took seriously was Germany’s previous chancellor, Angela Merkel. Now she is gone and it’s time for Russia to avenge the humiliations of the 1990s.”

According to Zygar, Putin’s aides have long tried to push the message that he is the “only person who can save Russia” and he now believes that so strongly he doesn’t even trust the people around him.

Zygar said in the past there Putin has met with friends and advisors for “drinks and barbeques,” but Putin is now cut-off from most of his entourage. Because of the president’s strict COVID-19 protocol, some of Putin’s closest aides have to quarantine for two or three weeks out of the month just to get a meeting with him, according to Zygar.

Putin took extreme measures to isolate himself during the COVID-19 pandemic — his palace in Novo-Ogaryovo was outfitted in June 2020 with a special disinfection tunnel that all visitors had to pass through in order to visit him and news reports in September 2020 suggested the Russian leader lived in a “virus-free bubble” created by his security forces.

“His seclusion and inaccessibility, his deep belief that Russian domination over Ukraine must be restored and his decision to surround himself with ideologues and sycophants have all helped to bring Europe to its most dangerous moment since World War II,” Zygar wrote.