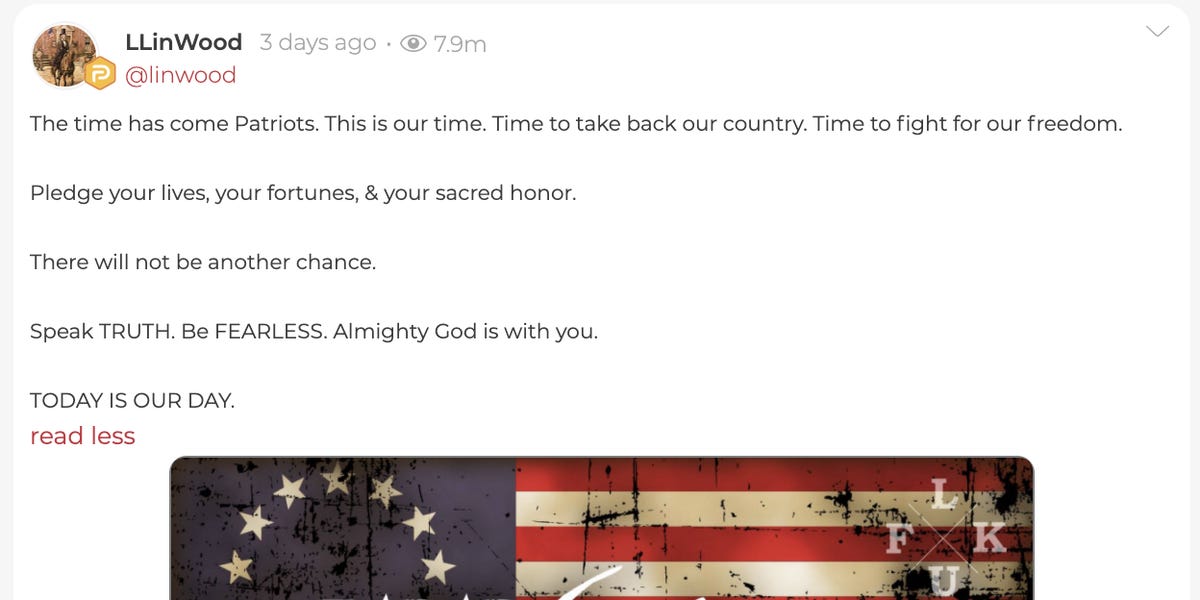 Parler could soon be a thing of the past — but thanks to quick work by internet researchers, public posts by every user on the moderation-free app could be preserved permanently.

The social media app — which boasted lax content moderation policies and courted far-right figures banned from Twitter and Facebook — was suspended from Apple and Google’s app stores over the weekend amid reports that it was used to organize the siege of the US Capitol last week that left five people dead.

Then on Sunday, Parler was taken offline entirely after Amazon kicked the app off its web-hosting servers, citing the app for hosting content that encourages violence. It’s now searching for a new web host, but could be offline indefinitely, Parler CEO John Matze told Fox News.

In the hours before Parler was taken offline, internet researchers began racing to create an archive of all previous public posts on the app. The effort, first reported by Gizmodo, was kickstarted by one researcher who identifies herself only by her twitter handle, @donk_enby.

By Sunday, researchers successfully scraped thousands of photos, videos, and text posts accounting for 99.9% of the public posts made on Parler. The archive is being consolidated and will be hosted on The Internet Archive once complete, @donk_enby told Insider in a direct message.

The Parler archive could be of interest to law enforcement investigating the Capitol siege. Federal authorities have already turned to social media posts to identify and charge people in connection with the riot. And according to researchers compiling the archive, photos that people uploaded to Parler still contain metadata like the GPS coordinates at which the photos were taken, which could further assist investigations.

There’s currently no evidence that Parler was hacked or that private data was stolen in the days leading up to the app being taken offline, despite unconfirmed rumors circulating online about a possible hack. The Parler archive only includes public posts and not any private data, @donk_enby told Insider.

Insider previously reported that researchers discovered a trove of Parler users’ data publicly exposed online in the summer of 2020. Matze told Insider at the time that the data was leaked online by a third-party email vendor, not by Parler itself.