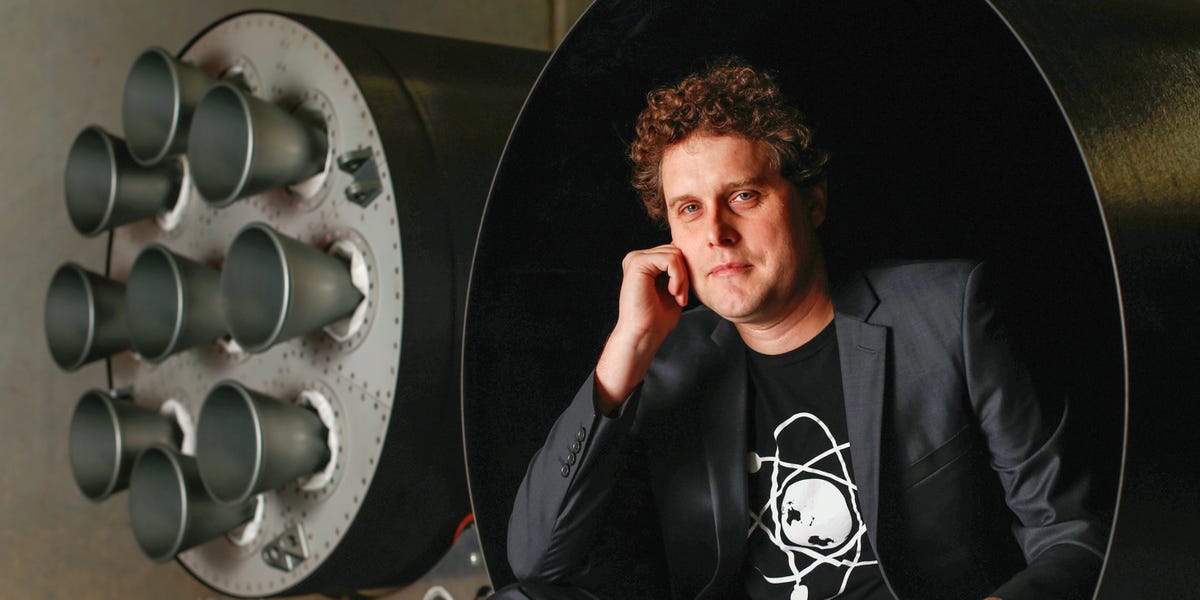 As Rocket Lab’s six-story Electron vehicle thundered off a New Zealand launch pad on July 4, a pernicious electrical problem that would ultimately doom the vehicle began to set in.

The private firm’s rocket worked normally for the first leg of its flight, successfully using up and shedding its heavy, nine-engine lower-stage booster. This freed the vehicle’s single-engine upper-stage rocket — which contained a payload of seven small satellites on top — to continue on its way to low-Earth orbit.

Instead, about two minutes into the upper-stage engine’s burn, it shut down. Rocket Lab lost its video feed of the launch, and the upper stage later disintegrated as it tumbled through the atmosphere, taking the would-be satellites with it.

In a call with reporters on Friday, Rocket Lab’s CEO and founder, Peter Beck, said a nearly month-long investigation, conducted in partnership with the Federal Aviation Administration, concluded that a single electrical connection of a battery pack in the upper stage failed. This disconnection severed a vital source of power to the rocket’s components, triggering the engine to stop blasting, the rocket body to slow, and the mission to fail.

“As we were doing all of our testing on the ground, it would all test fine,” Beck said. “But some minutes after the test is actually when we see that literal disconnection — not actually during any of the testing. So [it was] very, very sneaky and tricky.”

A ‘graceful’ failure and a speedy return to flight

Beck said that the good news — relatively speaking — is that the engine shut down in a controlled way after the electrical component failure. This allowed the rocket to broadcast about 25,000 channels of data back to mission controllers before crashing.

“It was a very graceful failure,” the CEO told Business Insider in an interview at the time.

Beck said on Friday that, after rooting through all of that data and eliminating other possibilities, investigators focused on the electrical component.

The July 4 flight — Rocket Lab’s 13th mission with Electron — apparently affected an insecure electrical connection in a battery pack of the upper-stage rocket. Conditions of the flight apparently caused the connection to expand and heat up, leading to even more resistance and heating.

That cycle of increasing heat load eventually melted a gelatinous potting compound surrounding the circuit. Once that melted, it blocked the connection, triggering the rocket engine to automatically shut down in the name of avoiding an explosion and preserving the vehicle (for a while, anyway) so it could continue communication with the ground.

Beck said mission controllers saw signs of the anomaly during the flight and that employees were “relentless” even before the actual failure in working to understand it. He also noted that “about half a dozen” such electrical connections are on each Electron, and that there are more than 720 of the components produced by Rocket Lab that could be affected.

But he said it won’t require a design change to fix the issue, just extended testing to sort the flawed battery pack components from the good ones.

“It’s almost impossible to tell if it was a manufacturing defect or an assembly defect. We know the electrical connection was improper,” Beck said, later adding: “We’re very confident we can screen for this issue.”

Beck told Business Insider that any electrical connection in a rocket with high resistance (which generates heat) is possibly susceptible to the problem, and that Rocket Lab is willing to share data in order to help prevent it in other launch providers’ vehicles.

The failed launch — dubbed “Pics Or It Didn’t Happen,” in Rocket Lab’s traditionally zany style of naming missions — was the first loss of 12 flights thus far with a customer payload on board. (Its first mission, a 2017 test launch, did not reach orbit.)

Before the failure, Rocket Lab was planning to launch its next Electron vehicle from NASA’s Wallops Flight Facility in Virginia in mid- to late-August. The customer for that flight is the US Air Force, which wants to fly an experimental spacecraft to orbit.

Rocket Lab plans to return to flight before the end of August. Beck said it will announce its next launch customer “very, very shortly,” and said the company was financially prepared for a major failure, allowing it to quickly recover.

“As a rocket company, you just have to have a big lump of capital in the bank for bad things,” he said. “There was a financial loss because we’re not launching. But really, it’s not anything we haven’t planned for and is not really a big deal.”