Rush of Offers on Superyachts Being Built for Russian Elites: BBG 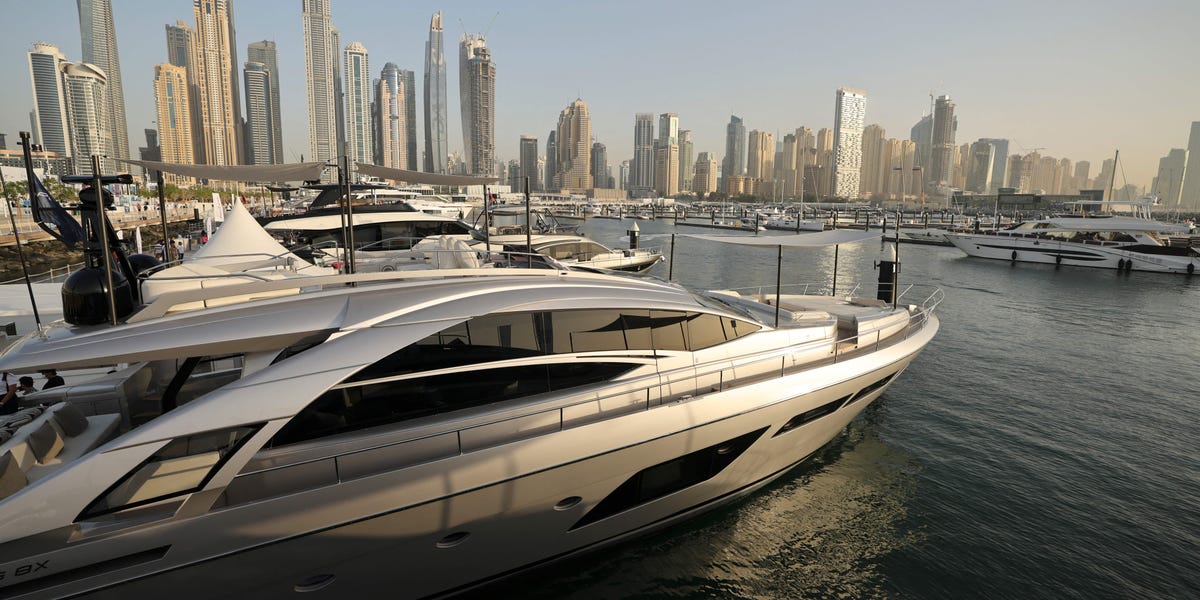 Shipbuilders have started receiving offers on superyachts under construction for wealthy Russians who may no longer be able to take ownership of them due to sanctions, people in the industry told Bloomberg.

As well as imposing sanctions on Russia’s banks, Western countries are targeting some powerful Russian individuals and businesses as part of attempts to ratchet up pressure on President Vladimir Putin to abandon the invasion of Ukraine. The sanctions prohibit shipbuilders from accepting payment from anyone targeted by the measures.

Superyachts also come under the scope of new G7 and EU sanctions that will ban the export of luxury goods to Russia.

It means that shipbuilders are being left with unfinished superyachts that may originally have been destined for the Russian elite, but can no longer be sold to them. It causes potential headaches for the builders because the sheer size of the yachts means they’re tricky to move and take up valuable space in shipyards while the projects are on hold.

However, constructors have been receiving offers to take over the contracts, industry sources at the Dubai International Boat Show, who declined to be named because of the confidentiality of their clients, told Bloomberg. Tight capacity at shipyards limits how many yachts can be built at a time. Taking over contracts midway through construction could allow some wealthy individuals to essentially jump the queue and nab a luxury yacht sooner.

Russians are the second-biggest group of owners of superyachts in the world, Bloomberg reported, citing a 2021 report by SuperYacht Times. Many superyachts currently under construction in shipyards have likely been ordered by Russians, Sam Tucker, head of superyachts at maritime data company VesselsValue, told Bloomberg.

Countries have been sanctioning and, in some cases, seizing assets belonging to wealthy Russians, including private jets and yachts. The US has barred it citizens from working on Russian metals and mining tycoon Alisher Usmanov’s $600 million superyacht Dilbar, and outlawed payment of its docking fees in US dollars. Italian authorities have seized a $578 million megayacht owned by sanctioned billionaire Andrey Melnichenko.

Dilbar, Usmanov’s yacht, had to fire its staff because sanctions meant their wages couldn’t be paid.

Some Russians have been moving their vessels in the days after sanctions were announced, including the billionaire Roman Abramovich, who has reportedly moved two vessels worth more than $1 billion.

Though Russia’s invasion of Ukraine cast a shadow upon the boat show in Dubai, industry professionals largely avoided that term and instead referred to it as “the situation,” Bloomberg reported.

“Everybody’s talking about it,” Rainer Behne, chairman of BehneMar, a yacht broker and consultant, told the publication.