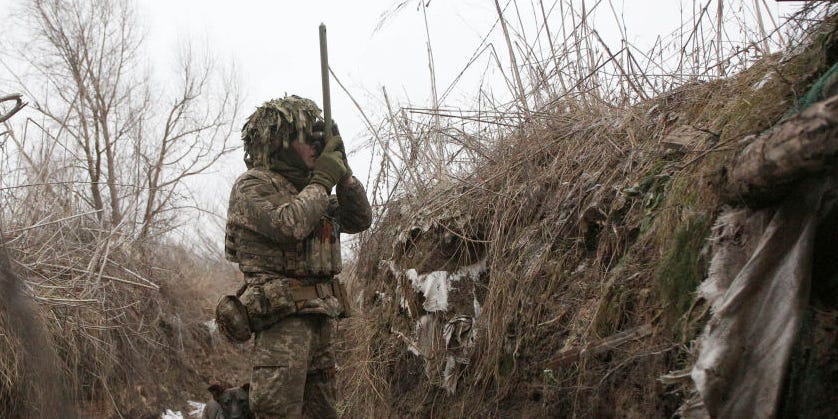 Ukraine said that Russia “continues to increase the combat capabilities” of pro-Russian forces in separatist-controlled regions, explaining that Russia has “secretly transferred by rail and road more than 7,000 tons of fuel, several tanks and self-propelled artillery units” and is involved in the “active recruitment of mercenaries,” AFP reported.

Reuters reported in late December that Russia had been deploying mercenaries to eastern Ukraine, though Moscow denied the allegations, saying it is “the first we’ve heard of this.”

The Ukrainian military has been battling pro-Russian separatist forces in eastern Ukraine since Russia’s invasion and annexation of Crimea in 2014. The conflict has killed over 13,000 people.

Reports that Russia is moving weaponry into eastern Ukraine and recruiting mercenaries come amid concerns that the Russian military is preparing for a large-scale invasion of the country. More fighters and weaponry could help separatists break through the stalemated front lines in eastern Ukraine, or even be part of a larger Russian offensive that draws beleaguered Ukrainians defenders in many directions.

Russia has moved tens of thousands of troops, as well as large amounts of military equipment and hardware, to various positions not far from the its border with Ukraine, and while Russian officials have stated that there is no plan for aggressive action against the former Soviet republic, its force posture and rhetoric have left Western leaders unconvinced.

Talks between Russia and the US and its NATO allies on security matters have so far been unsuccessful at de-escalating rising tensions.

The White House warned this week that Russia could launch an attack “at any point” while the top US diplomat warned that a Russian offensive could come on “very short notice.” And President Joe Biden said that it was his “guess” that Russia will invade, saying he believes Russian President Vladimir Putin “has to do something.”

US officials have said that intelligence indicates that Russia has trained operatives in place for a possible “false-flag operation” that could serve as a pretext for military action against Ukraine.

The US has also accused Russia of directing its intelligence services to attempt to recruit former and current government officials in Ukraine ahead of a possible occupation. The US announced new sanctions in response.

The US, supported in varying degrees by its allies and partners in Europe, has said that Russia will face severe consequences if it invades Ukraine. Biden said earlier this week that Putin has “never seen sanctions like the ones I promised to impose if he moves” on Ukraine.