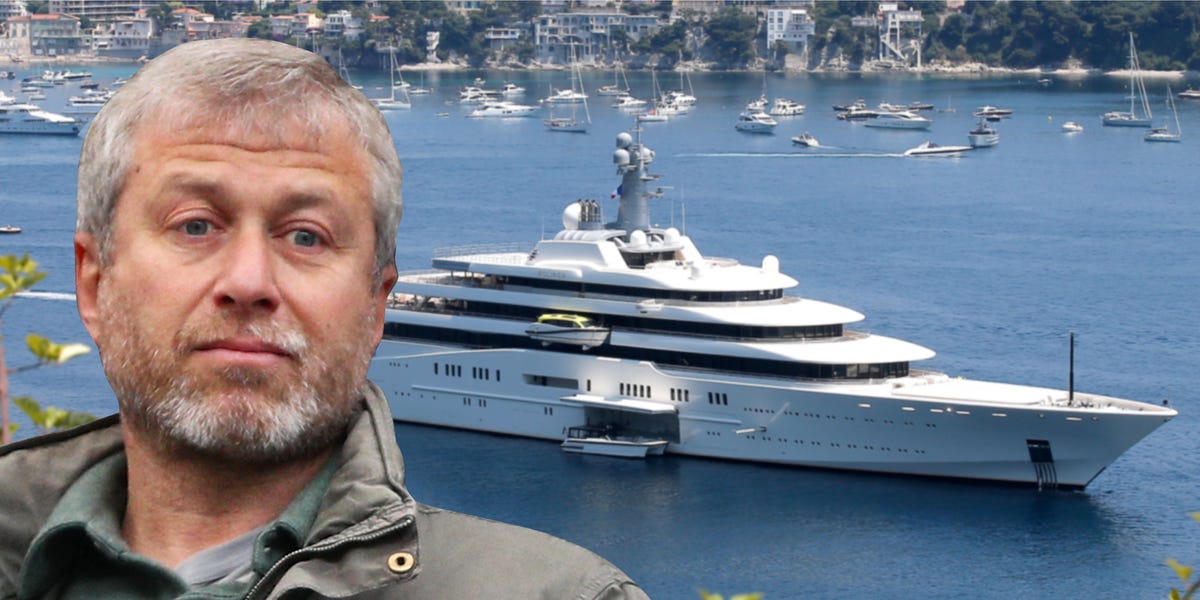 Now, with the West’s sanctions on Russia’s oligarchs, Abramovich has reportedly been scrambling to sell his assets.

In the aftermath of Russia’s unprovoked invasion of Ukraine, Russian opposition leader Alexei Navalny’s organization named Abramovich one of 35 Russian individuals who should be considered for sanctions, The Guardian reported.

Abramovich bought London-based Chelsea FC in 2003 from long-time chairman Ken Bates for $233 million. Abramovich is “a keen follower of sport and international football,” a statement said at the time.

In a statement in March, Abramovich announced that he would be selling the club. “This has never been about business nor money for me, but pure passion for the game and Club,” Abramovich said.

He also said all the net proceeds from the sale would go to those affected by the war in Ukraine. Bloomberg reported that he is seeking a bid of 3 billion pounds ($4 billion).

Abramovich is understood to have turned down a £2.5 billion ($3.3 billion) offer in late February or early March, per SkyNews.

Abramovich was among seven Russian oligarchs who were sanctioned by the UK on March 10.

Despite the billionaire rushing to offload some of his assets — including Chelsea Football Club — the sanctions now bar him from making deals to sell the club, banning all transactions between Abramovich and UK citizens and businesses.