Russian McDonald’s Fan Chained Himself to Restaurant to Protest Closure 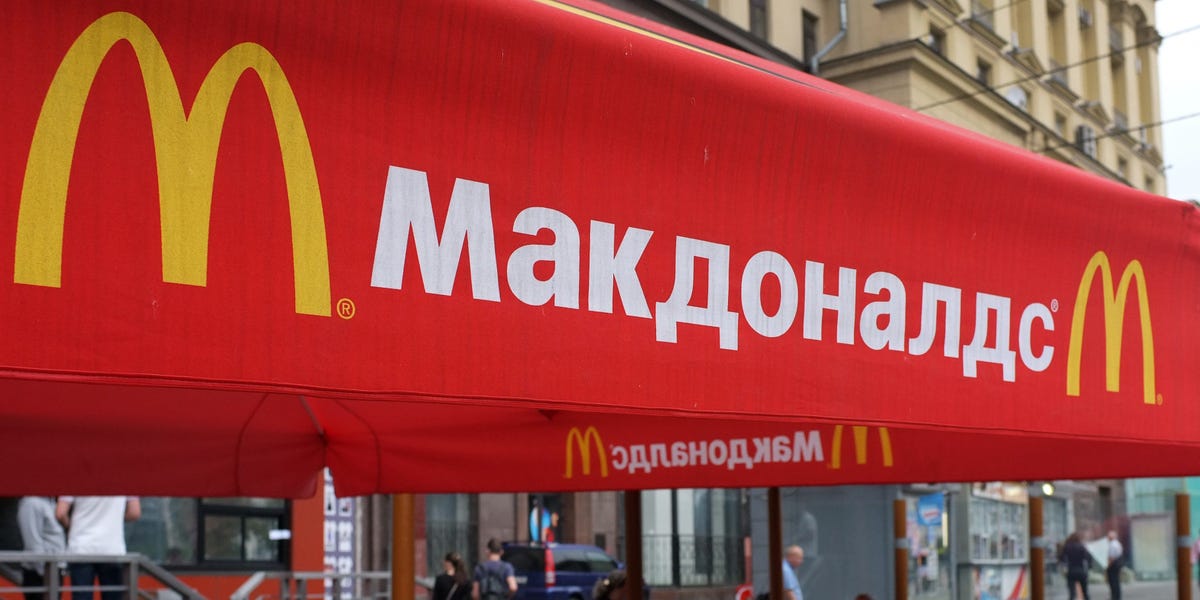 A McDonald’s superfan chained himself to the doors of its oldest Russian restaurant to protest the chain’s decision to temporarily shut its sites in the country, per multiple media reports.

“They don’t have the right to close down,” Luka Safronov-Zatravkin, a Russian pianist and son of artist Nikas Safronov, said while chained to the restaurant in Pushkin Square, Moscow, on Sunday, per a translation by journalist Kevin Rothrock.

Safronov-Zatravkin also shouted that “closing down is an act of hostility against me and my fellow citizens,” per a translation by Financial Times journalist Max Seddon.

Safronov-Zatravkin said in a Telegram post that the chain’s withdrawal from Russia was taking away his freedom and asked why ordinary citizens were being punished for Russia’s invasion of Ukraine. This video, which is in Russian, has been viewed nearly 30,000 times.

McDonald’s said on March 8 that it would temporarily close its roughly 847 restaurants in Russia in response to the invasion of Ukraine.

Other Western companies including Apple, General Motors, and the Big Four accountancy giants were quick to pull out of Russia after the attack started, but McDonald’s was the first major fast-food chain to make the move.

In the run-up to the closures, hundreds of people queued up to get their hands on what could be their last Big Mac for some time.

People who were able to nab meals before the restaurants closed have been trying to sell burgers, fries, and even straws and sugar sachets, on a Russian classified-ads website at heavily swollen prices.

McDonald’s opened the Pushkin Square restaurant in January 1990, a tangible symbol of the impending collapse of the Soviet Union and end of the Cold War.

On that day, people started lining up outside the restaurant in Moscow at 4 a.m, and by the time it opened at 10 a.m. there was already a 500-yard line of customers waiting to get in.