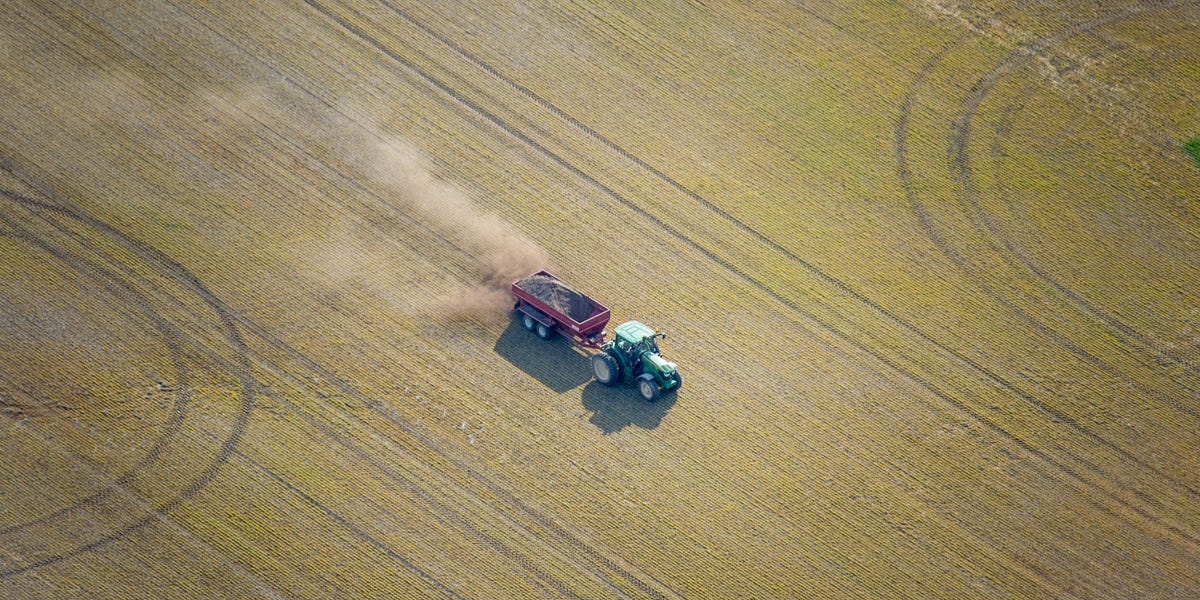 Sanctioned Russian fertilizer and coal tycoon, Andrey Melnichenko, has warned that the Russian invasion of Ukraine will lead to a world food crisis and called for the war to end, Reuters reported.

“The events in Ukraine are truly tragic. We urgently need peace,” Melnichenko said in comments sent by his spokesperson to the agency.

“Agriculture and food will be one of the casualties of this crisis,” Melnichenko told Reuters, adding that the war “has already led to a spike in fertilizer prices that are no longer affordable for farmers.”

The Russian billionaire is the founder of Russia’s largest ammonium nitrate and coal producers, EuroChem and SUEK. He is also among the Russian oligarchs who have been targeted by Western sanctions due to the conflict.

Russia’s invasion has dramatically pushed up the cost of key agricultural commodities such as wheat and corn, and imperiled food supplies.

The war threatens to disrupt production in Ukraine, which is a major exporter of the grains. Russian exports are also expected to be curbed as the packages of sanctions imposed on Russia prevent many firms from conducting business with the country.

The fallout of the conflict has also seen fertilizer prices soar, adding to farmers’ costs, and further inflating food prices that were already sitting at or near record highs as a result of the pandemic.

Russia is a major producer of fertilizer – including potash, phosphate and nitrogen – accounting for 13% of global production, according to Reuters. Production is heavily reliant on natural gas, the cost of which has also climbed as a result of the conflict in Ukraine.

Fertilizer prices may also impact the US’ ability to offset the loss of Russian and Ukrainian exports. US wheat production ranks second in the world after Russia, but it’s unlikely it can make up the shortfall in lost exports. The US wheat crop has already been planted for the year, while energy and fertilizer prices are proving an obstacle for many US farmers, The Financial Times reported.

Earlier this month, Russia’s Ministry of Trade and Industry called on the country’s fertilizer producers to suspend exports, Reuters reported.

Melnichenko warned that food supply chains were already impacted by the pandemic, telling Reuters that “now this will lead to even higher food inflation in Europe and likely food shortages in the world’s poorest countries.”

Melnichenko is among the billionaire Russian oligarchs who have been placed on an EU sanctions list in response to Moscow’s decision to invade Ukraine.  A spokesperson for Melnichenko previously told Insider that the EU’s accusations about his connections to the war in Ukraine are false.

Due to the sanctions, Melnichenko resigned as a member of the board and main beneficiary of both EuroChem and SUEK last week.

Eurochem, which claims to be among the top five fertilizer companies globally, according to Reuters, did not immediately respond to Insider’s request for comment.