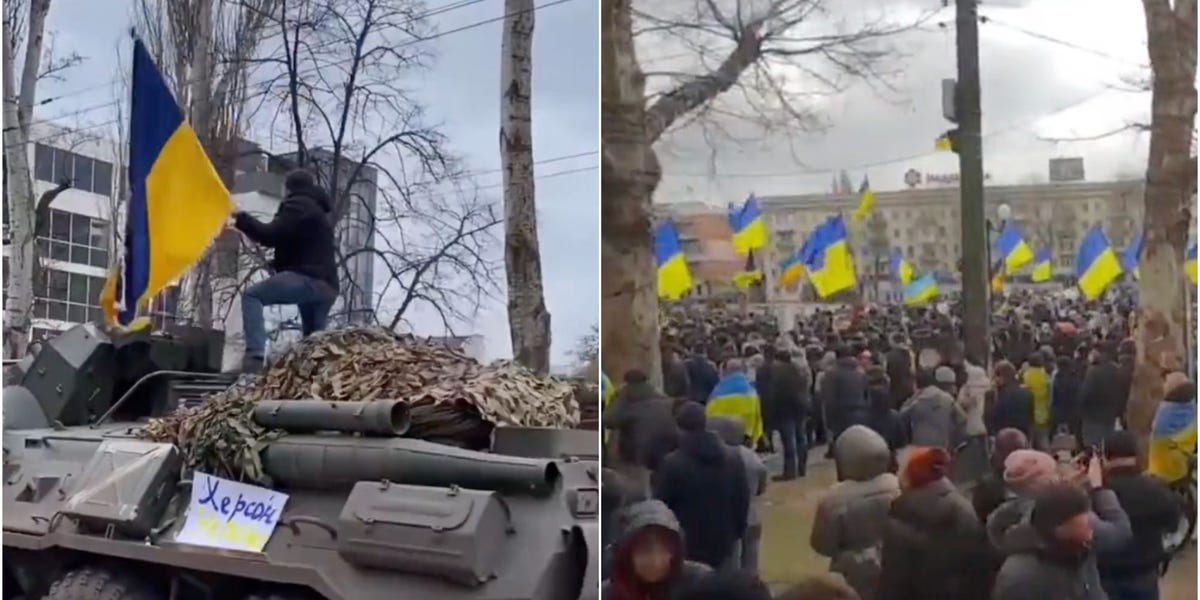 Russian soldiers occupying the Ukrainian city of Kherson opened fire to disperse a crowd of peaceful protesters on Monday, according to multiple videos and reports.

Video footage and photographs on social media appear to show Russian troops deploying sustained and direct gunfire at demonstrators in the city center. People are reported to have been injured, according to the BBC.

CNN anchor Jim Sciutto shared a verified video of Ukrainians carrying a bleeding man through the streets of Kherson after he was reportedly shot by Russian soldiers.

The southern port city of Kherson, which is located 200 kilometers east of Odesa, was the first Ukrainian city to fall to Russian forces on Wednesday, March 3. In the weeks since, Kherson’s nearly 300,000 residents have been struck by ongoing Russian attacks, diminishing food and medical supplies, and below-freezing temperatures.

Since the city was seized earlier this month, scores of Ukrainians have taken to the streets daily to protest the Russian occupation. The city’s mayor estimated that nearly 2,000 people attended one such protest in Liberty Square.

Earlier this month, hundreds of demonstrators gathered to protest against rumors that Russia intends to turn the Kherson region into a breakaway republic. Moscow claims it controls the entire Kherson region.

Previous video footage reviewed by Insider shows Russian forces firing into the air to disperse past demonstrations, but Monday’s scene marked a dramatic escalation in the Russian response to protesters.

Marta Pogorila, an activist from Kherson who is currently in Romania, told The Times that angry demonstrators on Monday were protesting the alleged defacement of a local monument by Russian soldiers.

State Department spokesperson Ned Price responded to reports of the violence on Monday, retweeting a video that shows people running through the streets amid relentless gunfire.

“Unarmed civilians in Kherson, Ukraine peacefully protest the Russian occupation. The Russian military’s response? Throwing a grenade and shooting into the crowd. We condemn the Kremlin’s targeting of civilians and call on Putin to end his war of choice,” Price said.