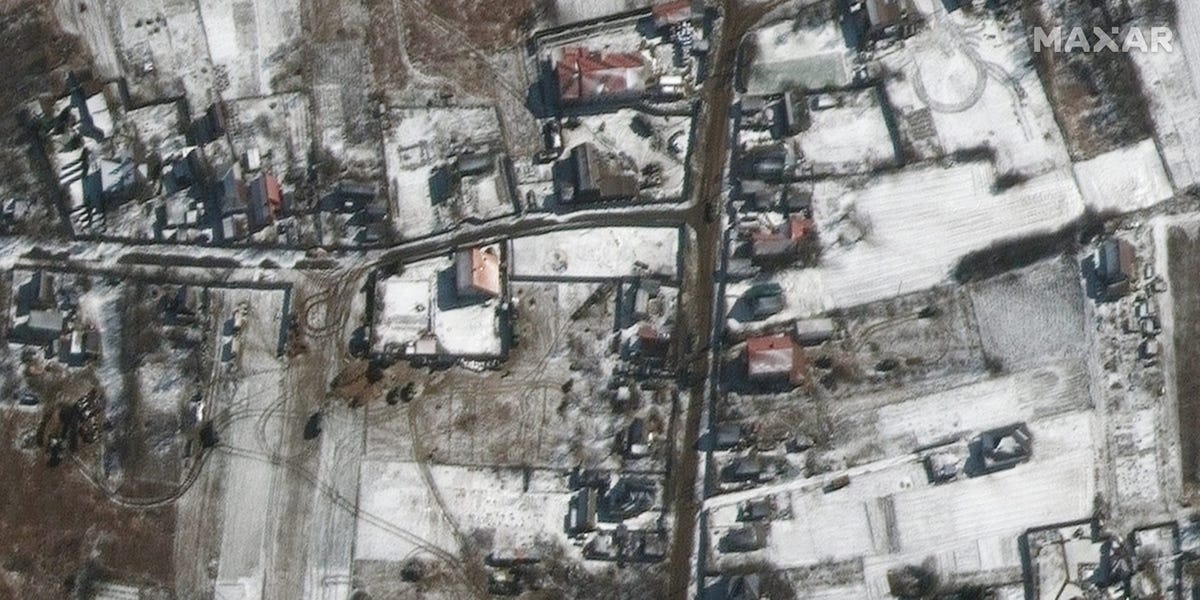 Satellite images show a Russian military convoy driving through a town near a Ukrainian airport north of Kyiv.

The convoy was spotted near the Antonov Airport in Hostomel, Ukraine, which is 54 kilometers, or 33 miles, northwest of the capital.

The images taken by Maxar Technologies point to a Russian effort to expand its presence throughout Ukraine outside of Kyiv amid its ongoing assault on the country.

“On this morning’s imagery (collected at 11:37 AM local time on March 10th), the large Russian military convoy that was last seen northwest of Kyiv near Antonov Airport has largely dispersed and redeployed,” Maxar reported.

“Armored units are seen maneuvering in and through the surrounding towns close to the airport, elements of the convoy further north have repositioned and are deployed in forests/along tree lines near Lubyanka with towed artillery howitzers in firing positions nearby,” according to an email from the space technology company.

Other images captured fuel storage tanks on fire near the airport on fire and military equipment deployed around the airport itself.