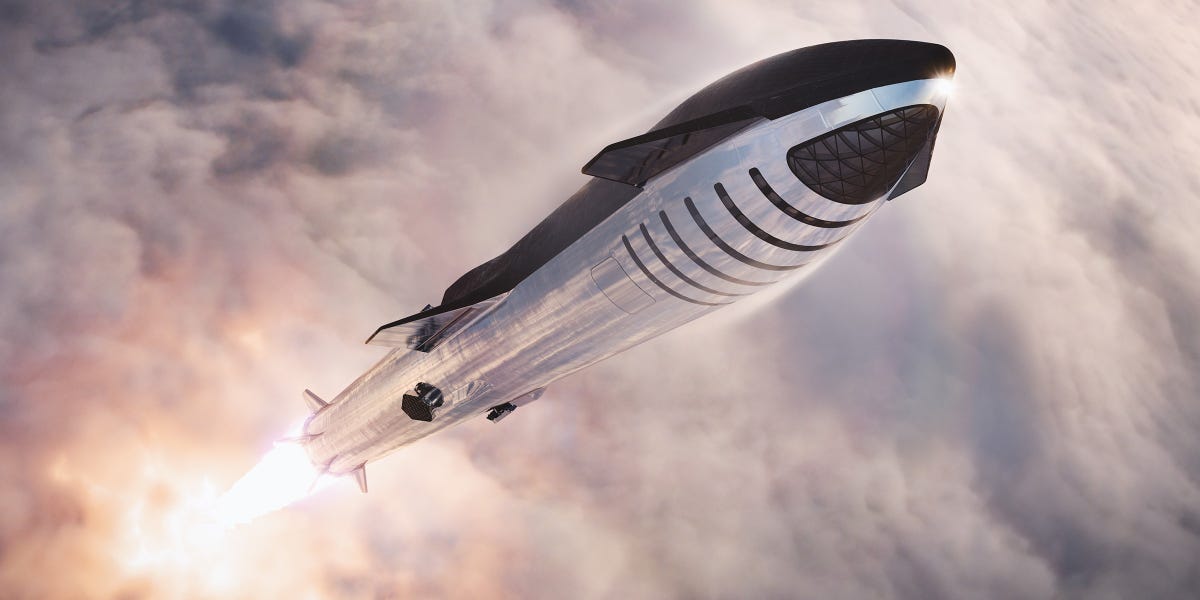 SpaceX is zealously developing Starship-Super Heavy, a nearly 40-story rocket system that may redefine how humanity gets to space, and even from one side of Earth to the other.

The design calls for a 16-story spaceship, called Starship, stacked atop a 22-story rocket booster, called Super Heavy. Both sections would be fully reusable, and as a result — if company founder Elon Musk is correct — reduce the cost of launching anything to space by about 1,000-fold.

SpaceX is focusing its Starship development and factory production around Boca Chica Beach, a remote area on the southeastern tip of Texas. Musk hopes Starship will launch a cargo mission to Mars in 2022, send a private crew around the moon in 2023, return NASA astronauts to the lunar surface in 2024, and even begin sending people to Mars the same year.

Meeting that timeline, though, hinges in part on whether SpaceX can clear a fresh regulatory hurdle.

“To operate Starship/Super Heavy at the Texas Launch Site, SpaceX must obtain an experimental permit or launch license from the FAA,” Howard Searight, deputy manager of the licensing and evaluation division for the FAA’s Office of Commercial Space Transportation, wrote in a letter the agency released to Business Insider. “Issuing experimental permits and launch licenses is a major federal action under the National Environmental Policy Act (NEPA) and requires a new environmental review beyond the 2014 EIS [Environmental Impact Statement].”

Hoping to avoid redoing that review, which was approved in 2014 after nearly three years of work, SpaceX is pursuing what’s called an Environmental Assessment, or EA, at Boca Chica. The process is designed to be a targeted revision of the review. It typically takes three to four months, unless it turns up unforeseen issues — in which case it could trigger a full, years-long redo of an EIS.

Given SpaceX’s aggressive development schedule and plans to land on Mars in just a couple of years, resetting that clock could represent a devastating setback. Fortunately for the company, that’s unlikely to happen, says George Nield, a former FAA associate administrator who led AST for more than a decade.

When the FAA approved SpaceX’s exhaustive EIS in 2014, the aerospace company had a different idea for using Boca Chica: launching commercial space missions to orbit aboard Falcon 9 and Falcon Heavy rockets.

By running its own private spaceport, SpaceX could get around launch schedule conflicts and red tape that’s common at leased launch pads on government sites, such as NASA’s Kennedy Space Center in Florida and Vandenberg Air Force Base in California.

“They could be much more in control of the overall schedule, and there was a lot of business, so it was a good thing to have another place to launch from,” Nield, who oversaw AST when SpaceX’s site was approved, previously told Business Insider.

But after a series of problems and amid softening demand for launching telecommunications satellites, SpaceX abandoned its original plans shortly after earning the FAA’s permission in 2014.

Workers wouldn’t return en masse to the sand, mud, and sweltering heat until mid-2018, when they quietly started building what would become the Starship factory — a facility Musk hopes can build a new spaceship every three days, according to Eric Berger of Ars Technica.

“Private industry is not big, bureaucratic, slow government,” Nield said. “With SpaceX in particular, they start down a road and if it looks like ‘this is not going to be as fast as we thought,’ or ‘it’s not the right approach to take,’ or ‘we’ve changed our mind, we want to do something different,’ they’ll do it.”

That flexibility helped SpaceX to successfully launch and land a stubby prototype called Starhopper at Boca Chica in August 2019 and build a handful of full-scale Starship bodies.

On May 28 — the day before one Starship prototype exploded during a test — the FAA granted SpaceX a launch license to fly its experimental vehicles to the edge of space and back. A Thursday FCC filing suggests SpaceX plans to use that permission to launch prototypes up to 12.4 miles (20 kilometers) high and land them back on the ground, possibly starting as soon as mid-August.

On Tuesday, Musk tweeted that SpaceX will attempt to fly one of its Starship prototypes “later this week.”

“The pictures of the progress coming out of that area are just phenomenal; there’s nothing like it that I’ve ever seen — they’re just cranking these things out one after another,” Nield said. “That’s how you make advancements. It’s not by studying things for a few years and crossing your fingers and hoping everything goes perfectly. It’s by pushing the envelope and seeing what works and what doesn’t work.”

Not everyone is impressed, though. The aerospace company has seen pushback from some locals, one of whom told Border Report that SpaceX had pulled a “bait and switch” by scrapping the plans it’d promised and instead building a 24/7 Starship factory.

In addition, a number of environmental groups have voiced concerns with the FAA about the change of plans. In a July 3 letter to the FAA, seven organizations criticized the FAA for its “rubber stamp approval” of SpaceX’s site use and vehicle changes and demanded the feds put SpaceX through a new, lengthy EIS.

The FAA responded on July 17, indicating that the agency is following the letter of the law and that SpaceX is in compliance, though is not immune from tedious regulations in its pursuit of a simpler EA.

“If an applicant believes the proposed action would have no significant environmental impacts, or that they can mitigate any potential impacts, then the applicant typically chooses an EA,” the FAA’s Searight wrote. “However, all applicants run the potential risk that further review may uncover significant impacts that cannot be mitigated. In those cases, the FAA must conduct an EIS.”

But Nield expects few, if any, snags for SpaceX as it pursues the new assessment.

Probably ‘not significantly different’ in terms of the environment

Fully fueled at the launch pad, the 9 million-pound Starship-Super Heavy will stand 70% taller and weigh three times as much as Falcon Heavy, the largest rocket SpaceX had previously planned to fly from Boca Chica. Starship-Super Heavy will also use different rocket engines, called Raptors, that burn liquid methane fuel instead of RP-1, a type of high-grade kerosene, among other significant differences.

Such factors will matter when, as part of SpaceX’s launch license application for Starship-Super Heavy, the FAA calculates worst-possible-scenarios to see if the vehicle poses too much of a threat to nearby people and property on the ground.

But Nield noted that safety analyses for launch licenses are distinct from environmental ones.

“That’s not what the environmental assessment is supposed to be about. It’s about, ‘What is the effect on the environment?'” he said. “I think it’s likely, although not guaranteed, that the full system will be not significantly different from what they’ve already done.”

As an analogy, Nield noted how US airports — a rough approximation to spaceports — don’t restart years-long environmental review processes just because a new airplane appears on the runway.

“It looks different, it’s bigger, it’s heavier, it has more propellant. OK, but is it louder? If so, how much is it? Is there more pollution? If so, how much? Is there any other impact? If so, what is it? Those are the questions that they will need to address before they decide, ‘You know what, this is so different that we really have to do a full environmental impact statement,'” Nield said. “But I suspect — and I could be wrong — that if you look at all those things that are part of an environmental review, then most of those things aren’t going to change.”

Plus, SpaceX has precedent on its side. Before it unveiled the Falcon Heavy rocket for launch from its leased site at Kennedy Space Center in early 2018, it performed an EA that looked at the impacts of landing the vehicle’s twin side boosters at the nearby Cape Canaveral Air Force Station. The FAA arrived at a “finding of no significant impact,” or FONSI.

For SpaceX’s new EA, Nield said it’s his opinion that “the FAA will try to do the right thing” as it has done in the past.

“It’s not so much a yes-or-no thing. It’s a process that needs to be followed to ensure that good decisions can be made in the end,” Nield said. “The decision that we’re talking about is, ‘Should a launch license be granted?'”

The agency told Business Insider that it expects to publish “a path forward” for the Starship-Super heavy EA in late July.

SpaceX did not respond to multiple requests for comment.