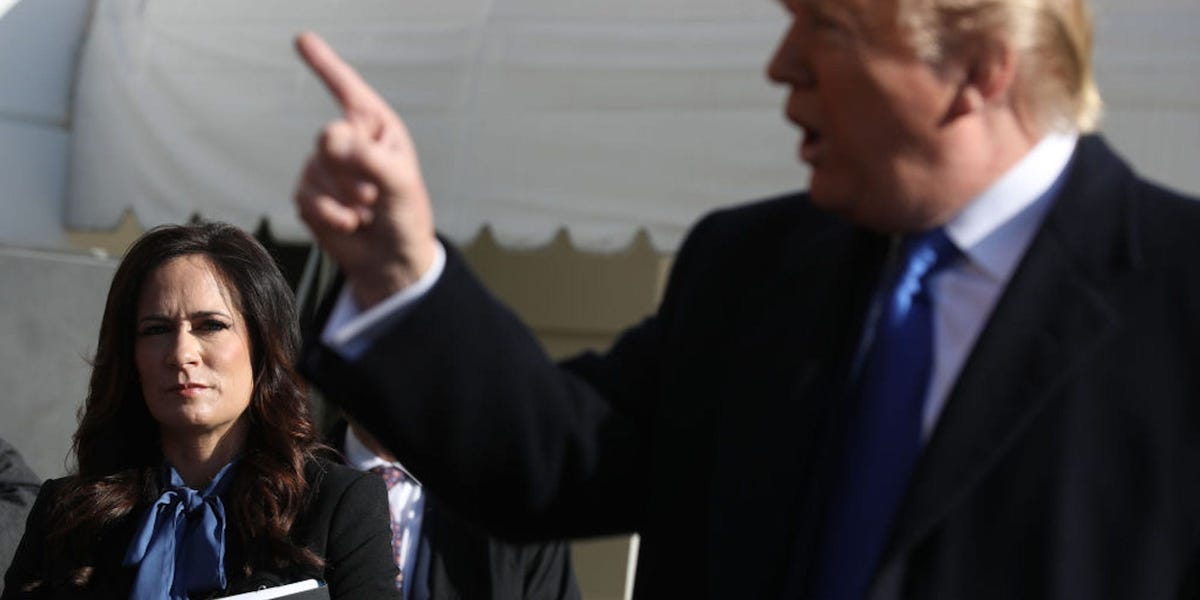 Former Trump spokeswoman Stephanie Grisham said her 14-year-old son, who recently came out as gay, told her that he was ashamed she once worked for the former Republican president and his party.

Grisham made the comments during a Tuesday episode of  “The View,” during which she was serving as a guest co-host on the talk show.

During one segment, first reported on by The Daily Beast, the hosts discussed the controversial Parental Rights in Education bill that the GOP-controlled Florida legislature passed on Tuesday after weeks of intense opposition from national Democrats, Florida students, LGBTQ advocates, and the White House. The legislation — which critics have dubbed the “Don’t Say Gay” bill — bans the discussion of sexual orientation and gender identity in primary classrooms from kindergarten through third grade.

The bill now heads to the desk of Republican Gov. Ron DeSantis who is expected to sign it into law. If he does, the legislation would take effect in July.

During Tuesday’s episode of “The View,” the show’s hosts slammed the bill, bemoaning the effects it will have on LGBTQ+ students, as well as their teachers and families.

“So is this bill shaming kids from being who they are and punishing teachers who actually want to help them?” moderator Whoopi Goldberg said. “I mean, I’m not sure what the point of this is.”

Co-host Sara Haines jumped in to discuss her own brother’s experience as a gay student.

“He started to feel different at about five or six. If he asked a question, he could have been in a situation where he turned to a teacher that had to betray him,” she said. “I think this is going in the wrong direction.”

The legislation would also allow parents to sue school districts that don’t alert them to “critical decisions affecting a student’s mental, emotional, or physical health or well-being,” including discussions about a child’s sexuality or gender-identity.

Another co-host on “The View” suggested the bill was “cruel” on purpose: “It’s to shame family. It’s to shame children, co-host Sunny Hostin said.

Hostin then turned her attention to Grisham, suggesting that the bill is a result of the culture former President Donald Trump helped promote during his time in office, saying he started “to say the quiet part out loud.”

Grisham, who has spent months publicly apologizing for her role in the Trump White House while denouncing the former president and his administration, said the subject matter was “personal” to her.

“I have a 14-year-old son who is gay, recently came out as gay. I have his permission to talk about this, by the way,” she said. “He didn’t want to tell his friends where I worked. He was ashamed of where I worked, rightfully so.”

During her appearance on the show, Grisham also discussed Trump’s relationship with Russian President Vladimir Putin, saying the former president both feared and admired Putin.