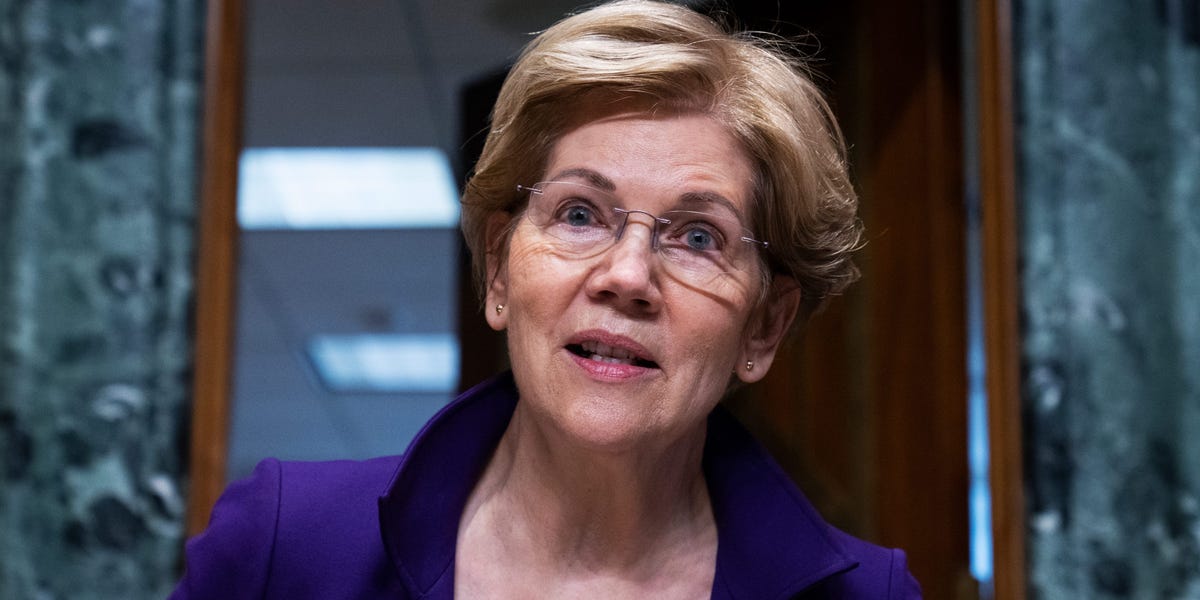 One of the largest student-loan companies in the US has to give billions in relief to borrowers through a settlement. Three Democratic lawmakers want that relief distributed promptly — and then some.

In a Tuesday letter provided exclusively to Insider, Massachusetts Senator Elizabeth Warren, Maryland Senator Chris Van Hollen, and Connecticut Senator Richard Blumenthal are asking Education Secretary Miguel Cardona to promptly deliver the $1.85 billion in relief for student-loan borrowers through a settlement reached between student-loan processor Navient and 39 attorneys general on behalf of borrowers who were victims of “predatory” practices.

They also want Cardona’s Education Department to go even further “to use its tools to make things right for Navient’s victims,” given the terms of the settlement will not address the full scope of borrowers harmed by the company’s misleading practices.

“The Navient settlement comes at a critical time,” the lawmakers wrote in their letter. “While ED (Education Department) made the right decision to extend the student loan payment pause through May 1, 2022, about half of all federal student borrowers are at risk of falling behind on their loans once monthly payments resume. It is urgent that ED take action to redress Navient’s victims for the full scope of the financial injury they experienced.”

Student-loan payments have been on pause for nearly two years during the pandemic, and in that time, three student-loan companies — including Navient — announced they would be ending their federal servicing contracts. While Navient has consistently denied wrongdoing over accusations of abusive behavior, lawmakers like Warren have held the company in their sights for decades to ensure its debt collection practices aren’t contributing to the growing $1.7 trillion student debt crisis.

The lawmakers asked Cardona in the letter for information on how many borrowers might not receive relief through the settlement, along with a detailed response on how the department plans to ensure all borrowers harmed by Navient will get relief. They want answers by February 22.

As Insider previously reported, Navient reached a settlement with 39 states’ attorneys general in mid-January to resolve allegations of “widespread unfair, deceptive, and abusive student loan servicing practices and abuses in originating predatory student loans,” according to a press release. As part of the settlement, Navient will cancel $1.7 billion for 66,000 borrowers with private student loans, and it will distribute $95 million in restitution payments — about $260 each — to about 350,000 federal borrowers who were placed in long-term forbearances.

While Warren lauded the relief at the time, writing on Twitter that the settlement is “a major step to deliver relief for borrowers & hold Navient accountable,” she has spent decades working ot hold not only Navient, but all student-loan companies, accountable for actions that mislead borrowers and push them into more student debt than they can pay off.

When Navient announced in July it would be ending its federal loan servicing contract this year, Warren told Insider the student-loan industry would be “far better off” without them. She also told its CEO Jack Remondi in April that he should be fired for the abuses that happened under his leadership, such as a 2018 audit Warren released that provided evidence of Navient’s record of “steering student borrowers into forbearance when that was often the worst financial option for them.”

The lawmakers wrote in the letter that in total, only 66,000 borrowers — just 0.05% of all borrowers whose loans were under Navient — are eligible for loan forgiveness through the settlement, and they want Biden to ensure everyone who deserves relief gets it.

“For years, Navient engaged in widespread unfair and deceptive student loan servicing practices and abuses in originating predatory student loans while the Department of Education (ED) turned a blind eye,” they wrote. “ED has a responsibility to all borrowers harmed by Navient’s abusive practices and we urge you to move quickly to supplement the settlement against Navient with additional relief for borrowers.”