Talking About Russian Wealth Is ‘Bad for Business’ in South Florida 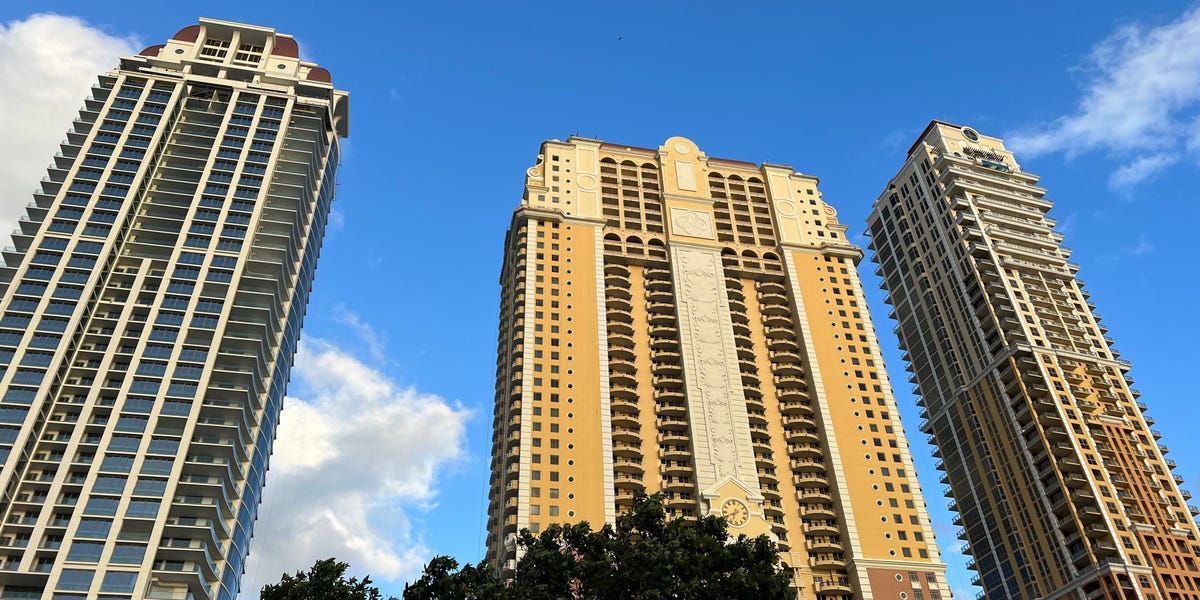 Sunny Isles Beach, Florida, is keeping its lips sealed on the Russian wealth that lives there.

Originally a place that attracted both tourists and immigrants fleeing communism in the Soviet Union, this pocket of Florida’s Miami region saw a luxury-development boom at the turn of the century. Ever since, a number of Russian elites have parked money in the high-rise condos that tower over the ocean. But amid the rising tensions of the Russia-Ukraine conflict, many people don’t want to talk about the money that helped fuel the city’s economy and its nickname as “Little Moscow.”

“They love to be here, and they like to spend their money and enjoy their life,” Lana Bell, a Russian real-estate agent, told NewsNation correspondent Brian Entin of her wealthy Russian clientele right before Russia invaded Ukraine.

Bell didn’t respond to multiple emails that I sent requesting to meet last week when I was in Sunny Isles. It’s the same silence I received from other real-estate agents. One agent I did speak with deflected my question about Russian buyers, saying there weren’t any.

In recent years, Florida saw the highest number of Russian property purchases in the US. While many favored Sunny Isles Beach for its location, agents I spoke with told me the market was still dominated by buyers from the US, Europe, and South America.

Some of them acknowledged the influence of Russian buyers in Sunny Isles Beach, telling me they had yet to see big changes in the market as a result of sanctions. Russian buyers seem to be stuck in a holding pattern, assessing their options as they wait to see how sanctions affect their money.

Staying mum makes sense as wealthy Russians grow anxious amid the increasing number of sanctions. Daniel Gielchinsky, a lawyer at DGIM Law, PLLC in nearby Aventura, Florida, who handles real-estate litigation and bankruptcy cases in the area, said that for Russian buyers, discretion was paramount. For agents, talking was “bad for business,” he said.

I heard the same refrain from a local business owner off Collins Avenue, who was nervous to discuss his views on the conflict or how it affected his business. The many locals who didn’t want to chat with me on the record offered the same reason, although their business was more personal, as many still had family and friends in Russia. In the days following Putin’s initial attack on Ukraine, thousands of anti-war protesters in Russia were arrested. And a Russian state TV worker who interrupted a live broadcast with an anti-war protest was also arrested, interrogated for 14 hours, and fined, The New York Times reported.

One Russian American who lives in South Florida and frequents Sunny Isles Beach to see friends said, “It’s devastating to see what’s happening right now.” She said she grew up in Russia but is also Ukrainian, with family in both countries.

“It is also very scary to see the amount of propaganda that Russians are subjected to,” she said. “It’s hard to figure out what the truth is when you are right in the middle of it and the public opinion is being manipulated daily.”

When I asked if we could use her full name in an article, she declined, requesting anonymity for safety reasons. “While I don’t want to believe that they monitor everything, I’d rather not take the chance.”