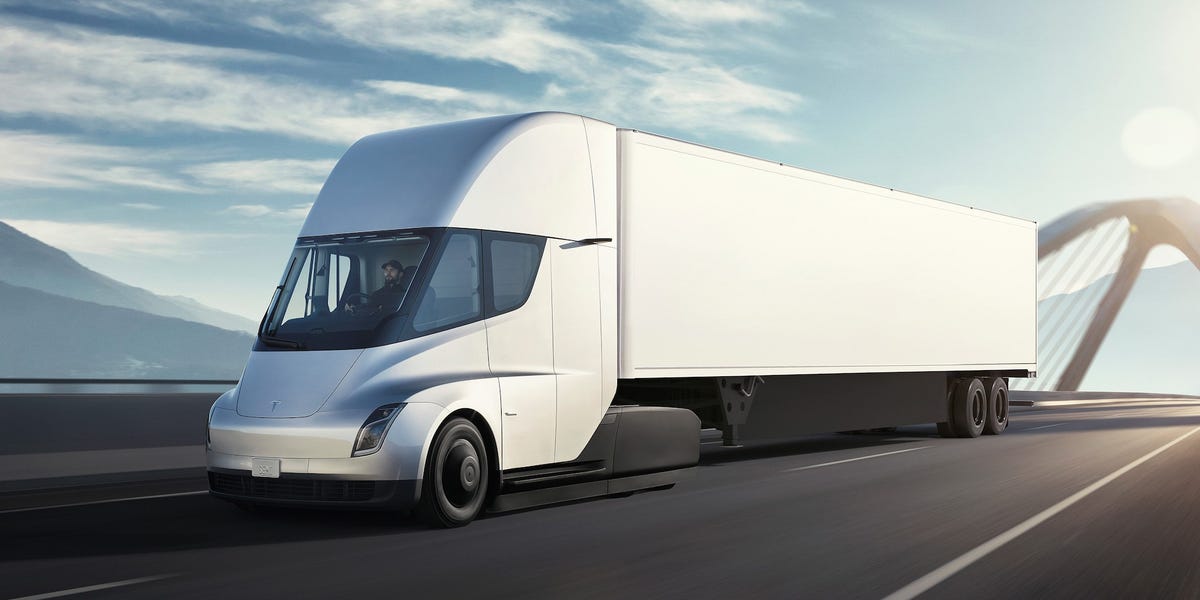 Investors have poured money into electric-vehicle companies like Tesla and Rivian in the hope that they will reshuffle the auto industry’s entrenched hierarchy in the coming decades. Those bets rely on everyday drivers making good on forecasts that see EVs accounting for more than half of car sales by 2040 — up from a measly 2% in 2019.

But those invested in the market for electric trucks, buses, and vans don’t have to worry about fickle consumers with emotional ties to the internal combustion engine. This month, New York, Colorado, 13 other states, and Washington, DC, signaled their intention to follow California’s lead in moving to phase out medium and heavy-duty vehicles powered by diesel or gasoline by 2050. The states should in the next six months reveal specifics on how they mean to do this, but their intention is clear. Diesel-burning trucks and buses are an environmental and public health hazard, and it’s time to replace them.

Also clear: This promised shift will create a massive opportunity for electric-vehicle manufacturers and intensify the competition between newer companies that specialize in EV technology and older competitors with more experience in customer support. As of 2018, 14.3 million buses and trucks were rumbling along American roads.

On the bus side, Proterra and China’s BYD have already established themselves as frontrunners. This market is small — China has 421,000 of the vehicles compared to America’s 300, according to Bloomberg — and has few competitors, said Michael Eaves, a senior consultant at Rhein Associates. Proterra in particular has thrived by building relationships with the federal government, which has offered grants to buyers of electric buses, and the cities which receive that funding, said Rob Mowat, the zero-emissions-mobility-practice lead at HDR.

“They were the first to market. They defined the space,” Mowat said.

Tesla and Nikola have impressed investors with their plans to make battery- and hydrogen-powered semi trucks, and each has received refundable pre-orders from big names like Pepsi, Anheuser-Busch, and UPS.  While neither  has begun delivering their trucks, the former has shown with its electric sedans and SUVs an ability to innovate in ways that make its customers happier than owners of competing, more conventional vehicles.

But dominating the development heavy-truck market will require expertise that goes beyond battery chemistry and winning government contracts. Semis are nomadic things, and winning over customers requires providing maintenance and repair services across the country, said Kenny Vieth, the president of ACT Research.  “I might sell a truck in LA, or I might sell a truck in New York, but if that truck breaks in Kansas City or St. Louis, you’ve got to have somebody there to fix it,” Vieth said.

Building the kind of nationwide service network that can make that work can be a major barrier to entry for startups. Established players like Daimler, Navistar, Volvo, and Paccar have expertise in customer support that Tesla and Nikola may struggle to develop. “We have to wait and see how they react to supporting the customer,” Eaves said.

Everyone, though, faces the daunting task of ensuring their vehicles have access to a robust refueling infrastructure. While Tesla has built nearly 2,000 Supercharger stations for its passenger vehicles in the past eight years, the company has indicated it will build new, more powerful facilities for its semi truck, which is too large to fit in some of the existing charging stations.

The importance of robust maintenance and repair networks will also play a major role in the market for electric vans, Vieth said, and could benefit incumbents. Ford, General Motors, Fiat Chrysler, and Daimler have already built those capabilities for their gas and diesel-powered models. But the EV startup Rivian has found a partner which could mitigate that challenge. Last year, the company landed an order from Amazon for 100,000 electric delivery vans. Amazon doesn’t need Rivian to build a network of dealerships in the way another company might, since it already has a widespread logistics operation, Eaves said.

Each van will return to a home base at the end of every day, he said. “And if they don’t make it home, they’re probably not that far away.”