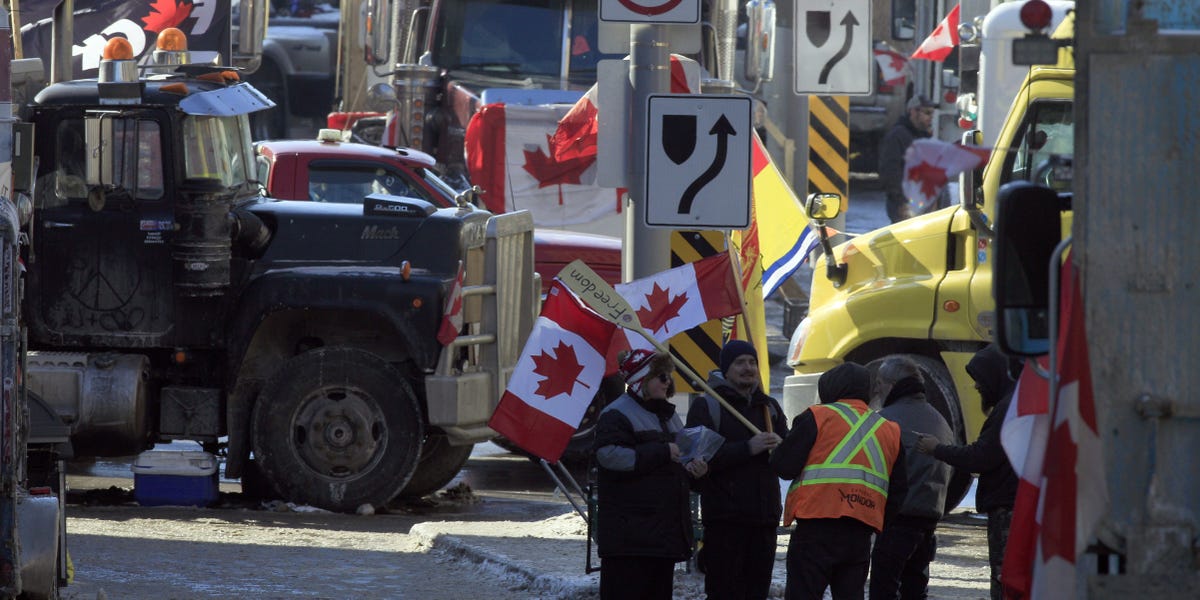 Ottawa city officials say towing companies contracted to work with the city are refusing to move vehicles used in the protests by Canadian truck drivers who oppose COVID-19 vaccine mandates.

The streets of Ottawa are littered with hundreds of trucks and other vehicles as protesters — who have dubbed themselves the “Freedom Convoy” — have illegally parked in the streets, clogging the city’s blocks. The demonstration has been in progress for nearly two weeks.

According to the CBC, the protesters have said they will only leave their posts when vaccine mandates are lifted, and it is very difficult to tow a truck without the help of the driver.

Volunteers have been bringing fuel to the truckers who sit in their parked vehicles, but police announced on Sunday that anyone helping the protesters could be arrested.

The city’s mayor, Jim Watson, declared a state of emergency Sunday after the truckers had blockaded the city for 10 days, calling the situation “out of control.”

On Monday, more Canadian truckers at the US border crossing in Detroit blocked the Ambassador Bridge in protest, a major road for international shipping and travel.