Trump-endorsed candidate: Chinese students should be banned from study 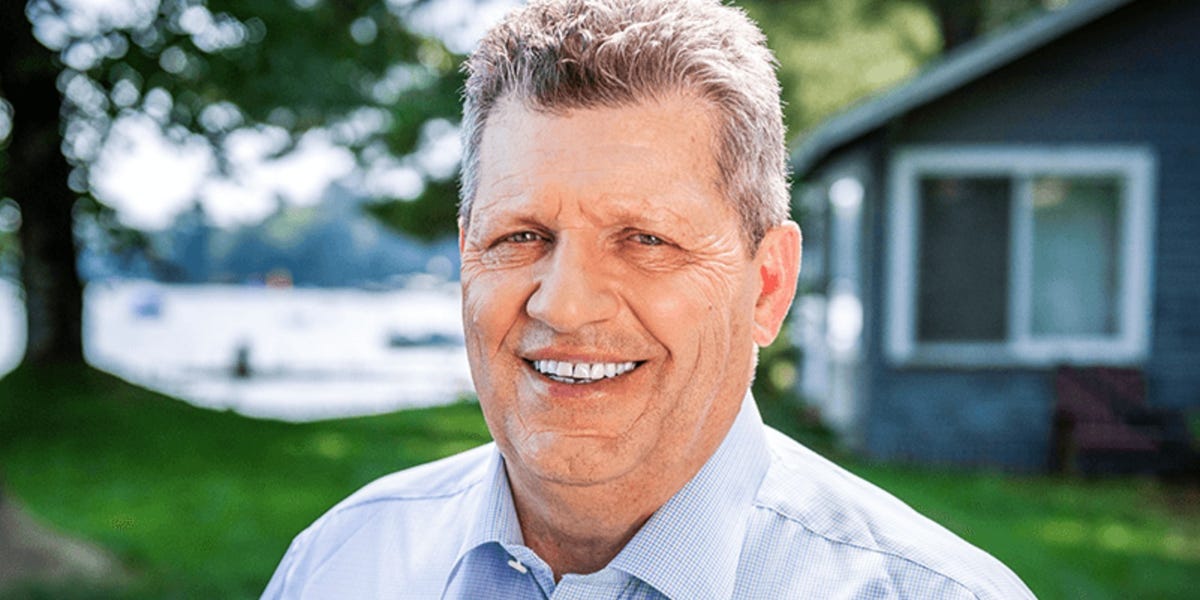 A Republican primary candidate for the US Senate who is endorsed by President Donald Trump suggested Chinese students studying in the country should be banned from studying “hard sciences,” and should only be allowed to learn about “freedom and individual liberty,” according to video footage obtained by Insider.

Bryant “Corky” Messner, a Republican primary candidate running for Democratic Sen. Jeanne Shaheen’s seat in New Hampshire, echoed much of the talking points originating out of the Trump administration during a GOP meeting in Westmoreland on Tuesday.

“I think President Trump’s done a good job changing that relationship starting with the trade negotiations and now … that whole dynamic’s changed,” Messner said at the meeting. “But make no mistake about it. The Chinese Communist Party is bound to determined to be the leading economic and military power of the world, and we can no longer be the research and development arm for the Chinese Communist Party.”

Messner also scrutinized an estimated 370,000 students from China who were studying in the US in the 2018-2019 academic year. The University of Southern California hosts the most number of college-level students from China, followed by schools within the University of California system — including UCLA, UC Davis, UC Berkeley, and UC San Diego, according to The Los Angeles Times.

“I think one of the things we ought to do … is say to the students, those students, ‘You’re welcome to study here, but you must study economics, the American constitution, freedom,'” Messner said. “Not study the hard sciences, computer science, physics, chemistry, and not give them that kind of education. Let’s educate them in freedom and individual liberty.

“They’re exerting their influence throughout the world and it is time for us to be serious about the Chinese Communist Party. Yes, sir,” Messner added.

Messner, a Colorado-based attorney, represented the fast-food chain Chipotle Mexican Grill during the Centers for Disease Control’s investigation into a suspected e-coli outbreak. Messner spent over $1.2 million of his own funds for his campaign, according to WMUR.

In a statement, Messner reiterated that “computer science and hard science areas are being weaponized” by the CCP.

“America’s institutions of higher learning and their reputation for academic excellence have long attracted students from around the world, and I encourage overseas students to continue coming to the US and witnessing firsthand our open and free society based on individual freedom,” Messner said in a statement.

“Therefore, I believe we must protect our interests by encouraging Chinese students to enroll in majors outside the science and technology fields,” he added. “We also should focus efforts on attracting more students from our Asian allies, such as Taiwan, South Korea and Japan.”

In a move that some describe as “the new Chinese Exclusion Act,” the Trump administration cancelled the visas from graduate students who were connected to some Chinese military groups. The State Department in recent weeks imposed several other restrictions against suspected members of the CCP, despite some concerns that the policy was too broad and included Chinese citizens who had no connection to actual policy-making in Beijing.

There is no evidence to support claims that Chinese officials are using the hundreds of thousands of students in the US for industrial espionage or to serve Beijing’s will, as Messner suggested. But the FBI has warned universities to monitor visiting scholars and students from China, and a Senate report found that China compels some overseas researchers to make secret agreements that may violate scientific ethos.

There have been suspicions and even charges against some Chinese faculty members and students.

On Wednesday a University of Arkansas professor was indicted by a federal grand jury on 42 counts of wire fraud and two counts of passport fraud. Simon Saw-Teong Ang, 63, was accused of failing to disclose his connections with numerous Chinese companies, which provided him with “money and benefits,” according to a statement from assistant attorney general for national security John Demers.

“This is a hallmark of the China’s targeting of research and academic collaborations within the United States in order to obtain US technology illegally,” Demers said.