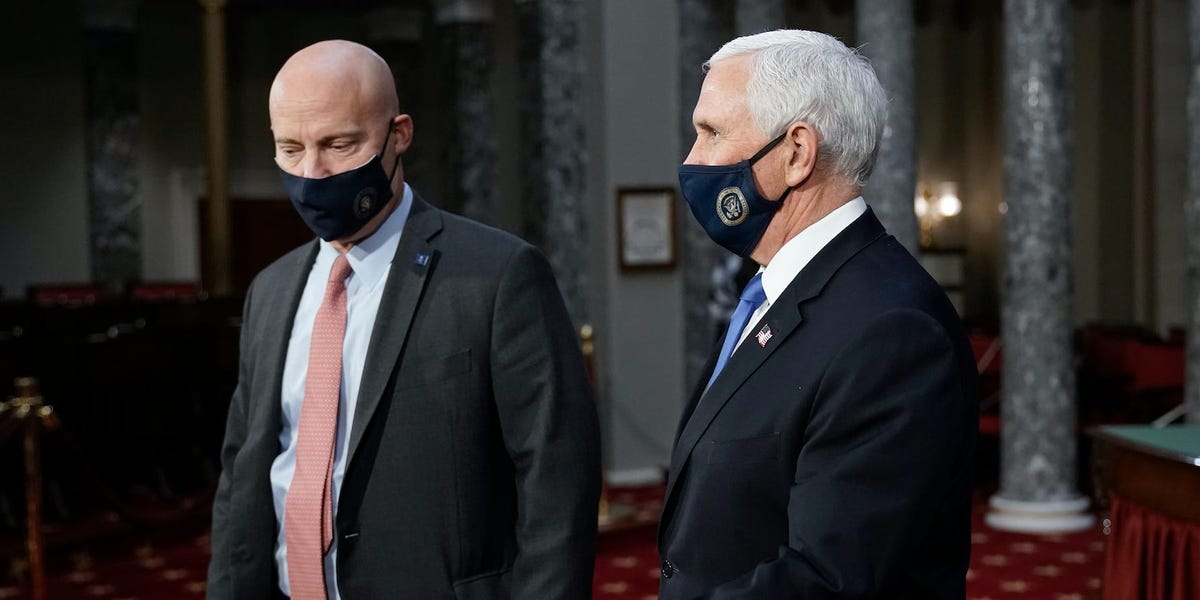 During an interview on NBC’s “Meet the Press,” the Republican advisor rejected any notion that Pence had considered a delay in certifying now-President Joe Biden’s electoral victory and told host Chuck Todd that Trump heard from a range of individuals about challenges to the results that weren’t rooted in the law.

“I think, unfortunately, the president had many bad advisors who were basically snake-oil salesmen giving him really random and novel ideas as what the vice president could do,” Short said.

When Todd asked if the former president had received “bad advice” from advisors or had sought it out, Short said that he was unsure.

“I don’t know the answer to that question,” he responded. “I think that, honestly, he did get a lot of bad advice, but I think that it was not something that the vice president – from the very beginning he counseled the president, ‘I don’t think I have that authority, always willing to look at something that you want to send our way,’ but never thought he had that authority.”

For weeks after the November election, Trump pursued myriad legal challenges centered in swing states that he narrowly lost to now-President Joe Biden, which include Arizona, Georgia, Pennsylvania, and Wisconsin.

The then-president attempted to have mail-in ballots tossed in Pennsylvania, pursued a recount of ballots in two heavily-Democratic jurisdictions in Wisconsin, and pressed Republican state lawmakers across the country to conduct “forensic” audits of ballots, including the high-profile audit in Maricopa County, Ariz., which resulted in Biden picking up more votes in the final tabulation.

Trump also sought to have Pence overturn the Electoral College results on January 6, 2021 — and it was later revealed that former campaign attorney Jenna Ellis devised a memo for the vice president to send electoral votes back to several key states in an attempt to have the House vote to keep the then-president in office for a second term.

While on “Meet the Press,” Short said that while he had “significant concerns” regarding the administration of elections in several swing states, it was not enough to change the results that solidified a Biden win.

“[T]he campaign had opportunities to bring that evidence up until December 14 and didn’t,” he said. “And so I think at this point you have to assume that he was duly elected and the reality is that there was not enough significant fraud that was presented that would have overturned any of those states’ elections.”

He added: “I think the reality again is we’re asking, ‘What’s the constitutional role of the vice president of the United States?’ We’re governed by rule of laws not rule of men.”

Short said Pence “was doing his duty, which was what he was required to, under an oath to the Constitution to defend it.”