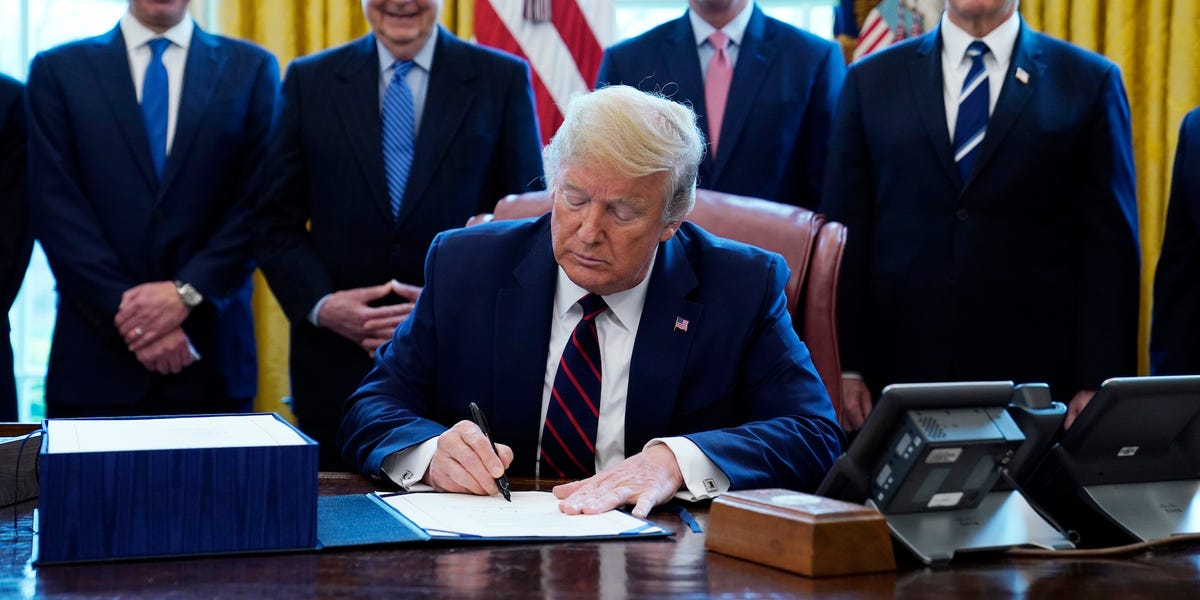 President Donald Trump indicated in an interview with the “Fox News Sunday” host Chris Wallace that he might not sign another coronavirus stimulus bill if it doesn’t include a payroll tax cut.

The White House and top Republicans in Congress are weighing what a future stimulus package could look like with the federal $600-a-week extra unemployment benefit that Congress passed for several states as part of the CARES Act in April set to run out Saturday.

“The stimulus bill is running out at the end of this month. The Republicans say they want liability limits, which the Democrats don’t like. You say that you want a payroll tax cut, which even some Republicans are cool to. Will you only sign a bill with those two provisions?” Wallace asked.

“We’re going to see, but we do need protections because businesses are going to get sued just because — you don’t know where this virus comes from, they’ll sit down at a restaurant, they’ll sue the restaurant, the guy’s out of business,” Trump said, referring to a federal provision that would shield businesses like restaurants from being sued by people who claimed to contract COVID-19 at those establishments.

Trump has strongly pushed for a payroll tax cut throughout the pandemic, but such a move would provide relief only for those who still have jobs and would most benefit the highest earners who pay the most in taxes. The unemployment rate for June came in at 11.1%, with increases in the number of jobs thought to be lost permanently.

As Wallace said, not all Republicans have been enthusiastic or on board with the idea of a payroll tax cut for previous rounds of stimulus negotiation.

While Republicans are trying to limit the size and extent of a future stimulus package as much as possible, some experts told The Post that means-testing a future federal unemployment benefit could pose even more administrative burdens on already-overworked and overwhelmed state employment agencies, many of which are struggling to process claims and leaving millions waiting for benefits.