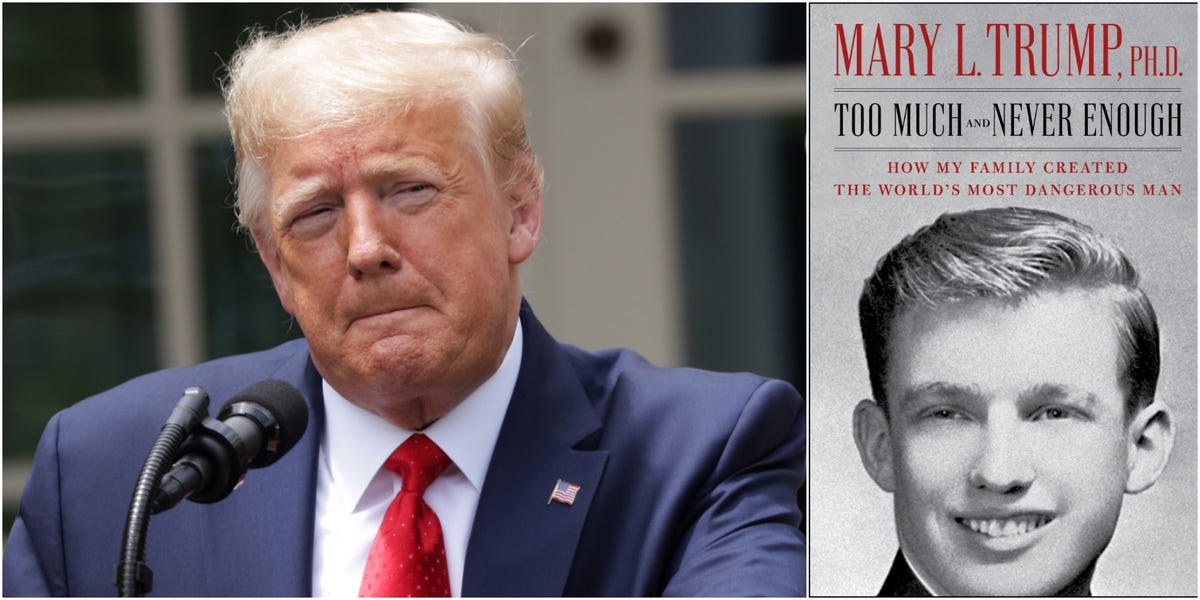 President Donald Trump said Sunday that the most offensive claims in a new tell-all memoir authored by his niece concern his parents.

In an interview with “Fox News Sunday,” host Chris Wallace pointed to Mary Trump’s characterization of Fred Trump Sr. as a ruthless businessman who “needed to succeed at all costs” and “would do anything to get attention, financial rewards, and to ‘win.'”

Trump conceded that his father “liked to win,” adding “my father was a good man, he was a strong man,” and it was “disgraceful” that Mary Trump had said otherwise.

Though the book also contains sharp characterizations about Trump himself, the president told Wallace that “it hurts me more about attacking my father, not being kind to my mother. I have a mother who was like a saint. She was incredible.”

Mary, a clinical psychologist and the daughter of the president’s older brother Fred Trump Jr., wrote in “Too Much and Never Enough: How My Family Created the World’s Most Dangerous Man,” scores of previously unreported anecdotes that detail her interpretation of how the Trump family’s ruthless dynamics contributed to the president’s tendencies, Business Insider’s Ashley Coll man previously reported.

Fred Sr. is described in the book as a “high-functioning sociopath,” who was at the heart of the family’s tense divisions. Trump dismissed the characterization to Wallace, saying his father was “the most solid person I’ve ever met.”

“If he was [a psychopath] I would tell you,” Trump said. “My father was – he was tough, he was tough on me, he was tough on all of the kids. But tough in a solid sense, in a really good sense. For her to say – I think the word she used was psychopath – what a disgrace. She ought to be ashamed of herself. That book is a lie.”

The president has previously touted his father as a personal hero, even displaying a photo of the late businessman and real estate developer in the Oval Office.

Trump’s comments were aired one day after he retweeted a series of tweets targeting his niece, in one part calling her a “mess” and saying she wrote “untruthful things about my wonderful parents (who couldn’t stand her!)”

Business Insider’s Charles Davis previously reported that Trump went on in the Friday evening Twitter spree to claim she is lying and revealing information that violates a non-disclosure agreement.

Donald Trump personally used the N-word and anti-Semitic slurs, claims niece Mary Trump, expanding on allegation that they were common in her family

Mary Trump said ‘torture’ of immigrant children spurred her to speak out: ‘I needed to take a leap’