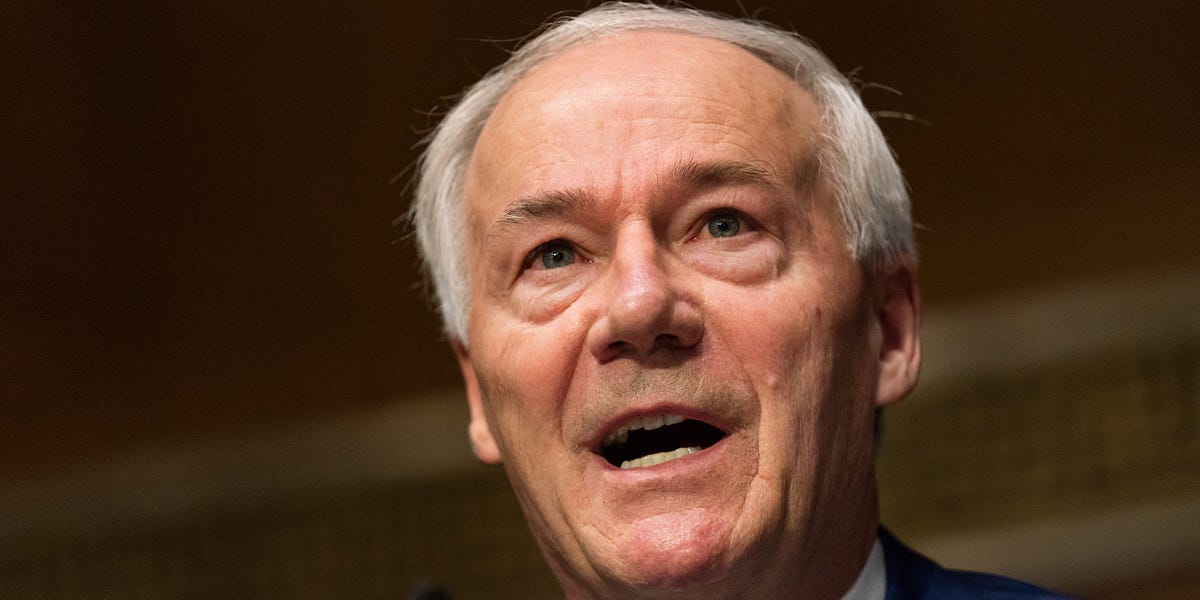 The Republican chairman of the National Governors Association said on Saturday that Donald Trump should not lead Republicans or the country again.

“I do not believe Trump is the one to lead our party and our country again, as president,” Arkansas Gov. Asa Hutchinson told Insider on the sidelines of the NGA Winter Meeting in Washington, DC.

Insider asked Hutchinson whether he wants Trump to run following a video that recently surfaced in which Trump declares on the golf course that he is “the 45th and the 47th” president.

Asked who should lead instead, Hutchinson said “that’s what the election is all about.”

There’s many choices out there,  he added.

“And, you know, the Republican Party has many different voices,” Hutchinson said. “And it’s important in this time to have those voices and they should be concentrating on this election cycle.”

Several Republican governors at the conference either said they were focusing on their state or the next election when asked about Trump’s statement and whether they support him running.

“Any thought on 2024 is wasted energy at this time,” said Arizona Gov. Doug Ducey, who leads the Republican Governors Association. “The elections that are in front of us are 2022, and that’s what I’m focused on as the chairman of RGA.”

Oklahoma Gov. Kevin Stitt signed a bill last year that would name a stretch of highway in his state after the former president. When asked about Trump’s future in presidential politics, Stitt said, “whatever the former president wants to do. I’m focused on Oklahoma right now, not all the national DC stuff.”

Hutchinson, a two-term governor, was one of the first Republican governors to publicly push Trump to start a transition process with President Joe Biden after the 2020 election. He has said that Trump’s continued attempts to discredit the 2020 election results could be a “disaster” for Republican candidates running for office this year.

“I’ve made it clear: This is about the future,” he told Insider. “It’s not about the past elections.”

Earlier, he told reporters, “I don’t believe the election was stolen. I respect the results.”

Trump’s golf course comments are the latest, and perhaps most pointed, in a series of hints that he plans to run for president in 2024.