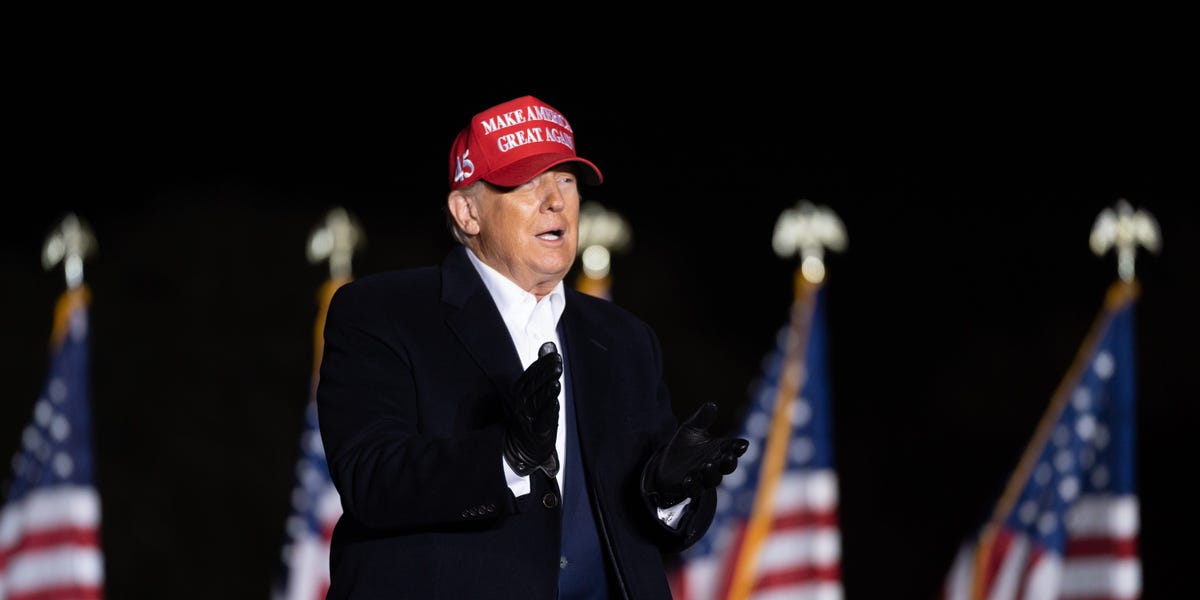 Former President Donald Trump on Saturday night said the war between Russia and Ukraine has to stop and slammed President Joe Biden for his handling of it.

Addressing a crowd at a South Carolina rally, Trump said Russian President Vladimir Putin would not have started a war if he were still in office. Trump has been making similar assertions since the start of the Ukraine-Russia conflict.

“If I were in Office, this deadly Ukraine situation would never have happened!” Trump said in a statement on February 24.

At the rally, Trump said Biden can still “end this tragedy without getting Americans snared into a gruesome and very bloody war.”

If the invasion continues, he said, it will lead to another world war.

“This could lead, by the way, this could lead to World War III,” Trump said. “I see what’s happening. Because if you think Putin is going to stop, it’s going to get worse and worse. He’s not going to accept it and we don’t have anybody to talk to him.”

Sen. Marco Rubio also warned against plunging the US into a third world war as he spoke out in opposition to the US issuing a no-fly zone over Ukraine.

After Russia began its unprovoked assault on Ukraine, the US levied a series of harsh economic sanctions designed to cripple Russia’s critical cash reserves and cut the country off from access to financial institutions.

Last week, Biden announced what might be the most crippling sanction: a ban on Russian energy imports like oil. “We will not be subsidizing Putin’s war,” Biden said.

Russia is a major oil producer, and, as Insider’s Mattathias Schwartz notes, Russia’s energy resources bring home more than $500 million per day, which makes up about half its government revenue.

On Wednesday, the House of Representatives approved a hefty spending package that included about $14 billion in emergency humanitarian and military aid for Ukraine. About half the $14 billion is earmarked for defense and military spending.