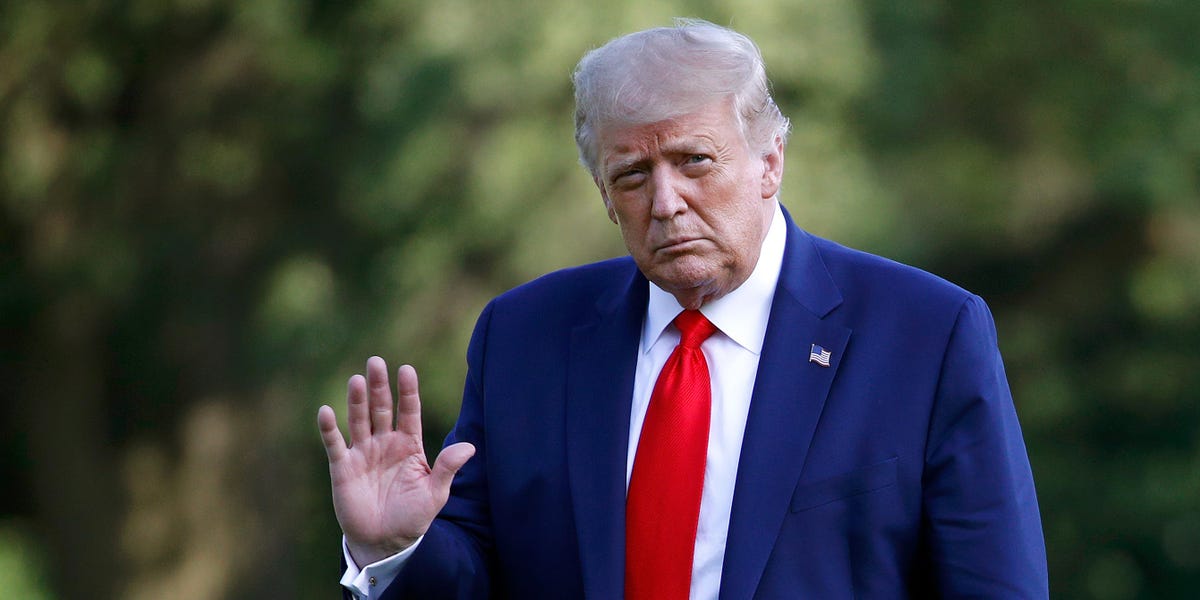 President Donald Trump refused to commit to accepting the results of the 2020 election and ensuring a peaceful transition of power in an interview with “Fox News Sunday” host Chris Wallace.

In the interview, aired on Sunday, Trump undermined confidence in the result of the 2020 election by falsely claiming that mail-in ballots are “rigged,” and opened the door to later contesting the results if he loses to Democratic nominee Joe Biden.

“In general, not talking about November, are you a good loser?” Wallace asked.

“I’m not a good loser, I don’t like to lose, I don’t lose too often” Trump replied.

“But are you gracious?” Wallace pressed.

“You don’t know until you see, I think it depends. I think mail-in voting is going to rig the election,” Trump said. “I really do.”

“But are you suggesting you might not accept the results of the election?” Wallace continued.

“I have to see,” Trump said. Wallace then reminded Trump that he asked him a similar question as to whether he would concede the election if he lost in an October 19, 2016 presidential debate. At the time, Trump told Wallace he would “tell you at the time” and “keep you in suspense.”

Wallace then asked: “Can you give a direct answer, you will accept the election?”

“The American people will decide this election. And the United States government is perfectly capable of escorting trespassers out of the White House,” Biden campaign spokesman Andrew Bates told the Washington Post in response to Trump’s comments.

The most recent polling of the 2020 election has shown Trump far behind Biden both nationally and in key swing states as voters continue to give Trump poor marks on his handling of the COVID-19 pandemic, race relations, and a slew of other important issues.

In a Monday statement to Insider, the Trump campaign’s communications director Tim Murtaugh accused Democrats of wanting to eliminate key election integrity provisions, like signature matching for absentee ballots, and cited some of the problems states have experienced in trying to scale up mail-in voting as a good reason to be skeptical over the results.

“We don’t know what kind of shenanigans Democrats will try leading up to November,” Murtaugh said. “If someone had asked George W. Bush and Al Gore this same question in 2000, would they have been able to foresee the drawn out fight over Florida?  The central point remains clear: in a free and fair election, President Trump will win.”

As states have moved over the past few months to expanded absentee and mail-in voting, Trump — who voted by mail himself in Florida earlier this year — has attacked mail-in voting as inherently fraudulent and untrustworthy.

He has falsely claimed that an expansion of absentee and mail-in voting will lead to massive fraud and corruption (rates of absentee ballot fraud are very low), that expanding mail-in ballot hurts Republicans (studies show that it confers no partisan advantage to either side), and even raised a baseless conspiracy that children in California will go around stealing ballots out of mailboxes and forging them.

Both Trump and Attorney General William Barr have also raised a theory, for which there is no evidence to support, that foreign adversaries will try to interfere in the 2020 election by making and sending out “counterfeit ballots” to voters.

And even though Trump won the 2016 election, he continued to claim for months that millions of undocumented immigrants had improperly voted in that election and were partly responsible for 2016 Democratic nominee Hillary Clinton winning the popular vote. To this day, no evidence has surfaced to prove that any widespread voter fraud occurred in 2016.

“For five years, Trump has sought to undermine our elections again and again—from soliciting foreign interference to making baseless claims about voter fraud to lying about the results of the 2016 election,” Sean Eldridge, the president of the progressive grassroots democracy reform group Stand Up America told Insider in a statement. “Today’s comments are an escalation in these attacks on our democracy and show the insidious ways in which Trump is working to sow doubt about the outcome of this election before votes are even cast.”