Trump Tells Supporters to ‘Lay Down’ Lives in Battle Against CRT 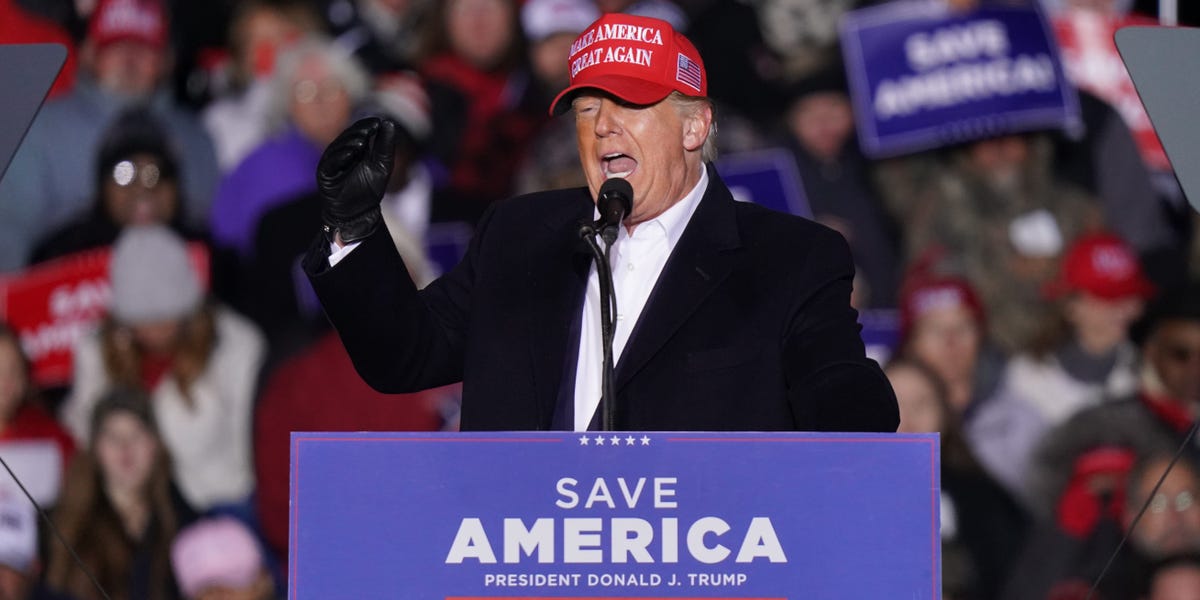 Former President Donald Trump called on his supporters to “lay down their very lives” to fight against Critical Race Theory at a rally in Florence, South Carolina, on Saturday night.

During a speech that lasted a little under an hour, Trump told a crowd that eliminating Critical Race Theory from schools is a “matter of national survival.”

Critical Race Theory is an academic practice that explores how America’s history of racism and discrimination continues to impact the country today.

“The fate of any nation ultimately depends upon the willingness of its citizens to lay down, and they must do this, lay down their very lives to defend their country,” Trump said on Saturday night, appearing to suggest that Americans should die for the cause.

“If we allow the Marxists, and communists, and socialists to hate America, there will be no one left to defend our flag or to protect our great country or its freedom,” he continued.

Insider reached out to Trump for comment on Sunday morning but did not immediately receive a response.

Republicans across the US have fiercely campaigned against Critical Race Theory, often distorting its actual meaning, Insider previously reported.

The GOP campaign is part of a broader effort to stifle or invalidate conversations on the pervasiveness of racism in US history, several experts told Insider last year.

“GOP politicians and conservative media obsess over the issue to gin up outrage that might translate into future votes, but in the meantime definitely translates into donations and ratings,” said Andrew Hartman, a history professor at Illinois State University during an interview with Insider in June 2021.

On Thursday, the Florida Senate passed a bill that will limit race-related discussions in classrooms and workplaces, delivering a win to Republicans who oppose Critical Race Theory teaching in schools.

Known as the Stop the Wrongs to Our Kids and Employees Act or Stop WOKE Act, the bill is heading to Gov. Ron DeSantis’s desk for signing and would take effect in July, Insider’s Kelsey Vlamis reported.