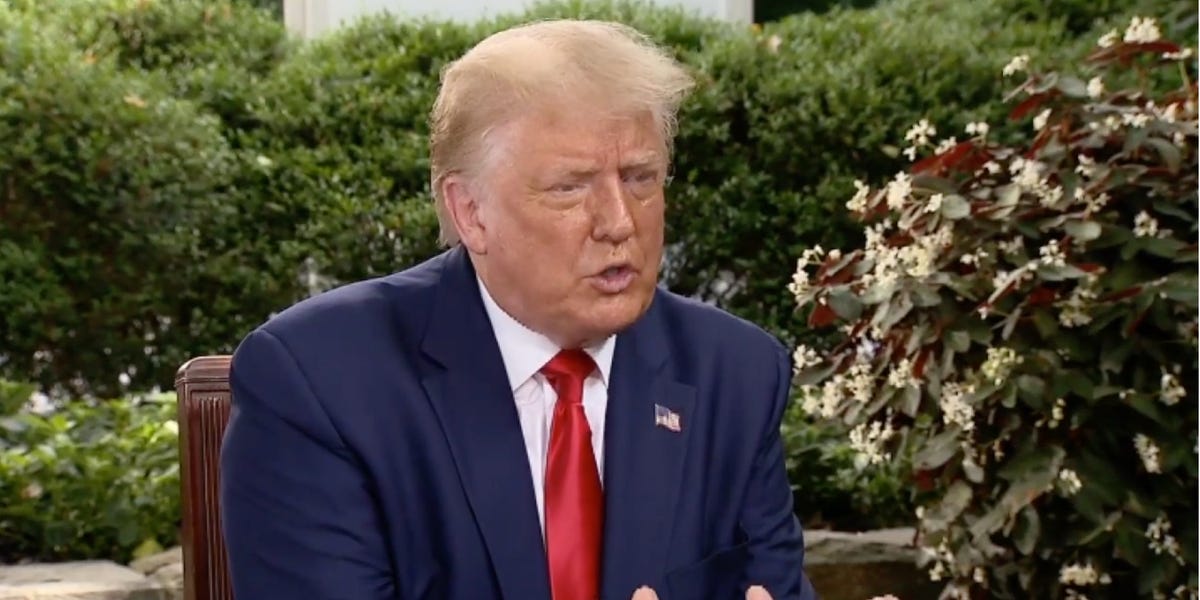 CNN reported that while Esper did not outright mention the flag by name, the new de-facto ban would stop the flag from being displayed on military bases.

Trump has previously defended the flag. In an interview with CBS News earlier this month, Trump said: “Well, people love it, and I don’t view — I know people that like the Confederate flag and they’re not thinking about slavery.”

Business Insider highlighted that: “Confederate leaders explicitly laid out in their constitution that the main goal of the Confederacy was to preserve slavery.”

This isn’t the only instance where Trump has been angry with the removal of confederate symbols. According to CNN, Trump said he would veto the $740 billion National Defense Authorization Act that was approved in the House earlier this week if it stripped Confederate names from military bases.

Esper and Army Secretary Ryan McCarthy said they’d consider the move on a “bipartisan” basis, according to  US Army spokesperson.

It’s also not the first time Trump and Esper were at odds. In June, The Wall Street Journal reported that Trump was mad and almost firest Esper, when the defense secretary publically disagreed with his suggestion to send troops to quell protests.