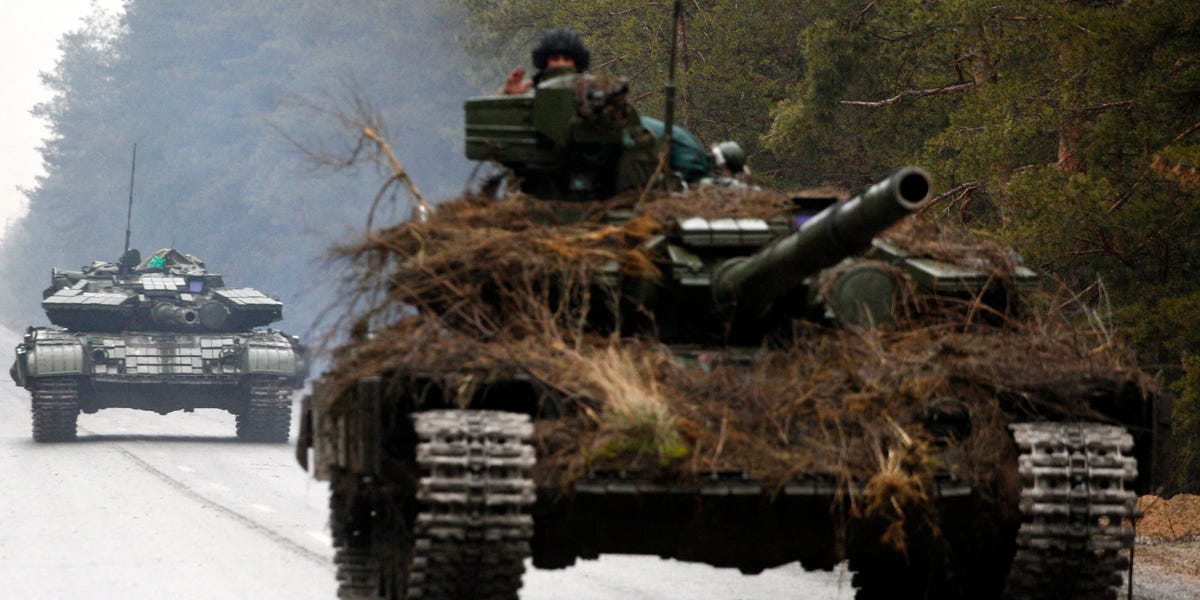 Some experts believe that Russia may have overreached, as it has struggled to make the quick progress it expected to and has reportedly lost a slew of high-profile military figures.

Three Russian major generals are said to have been killed in the fighting, along with several other senior officers, according to reports.

Russian commanders are moving up towards the frontline in an attempt to restore momentum to the invasion of Ukraine according to western officials, said Gordon Corera, a BBC security correspondent, in a tweet.

“Those commanders are trying to impose their own personality on the battlefield but this, in turn, is placing them at greater risk,” said Corera, as reported by Insider.

Ukraine claims to have killed more than 12,000 Russian troops. The US estimates between 5,000 and 6,000 Russian soldiers have been killed.

Some of the deaths were confirmed by Russia and reported by Ukrainian officials and other sources.

These are the officers reported to have been killed.

Maj. Gen. Andrei Sukhovetsky was the first high-ranking loss for the Russian military after being reported to have been killed by sniper fire.

Sukhovetsky was the commanding general of Russia’s 7th Airborne Division and deputy commander of the 41st Combined Arms Army.

The defense ministry released intercepted audio of what it said were two Russian Federal Security Service, or FSB, officers discussing the death.

Ukraine’s military said in a tweet that they killed Russian Maj. Gen. Andrey Kolesnikov. He is believed to be the commander of the 29th Combined Arms Army.

His death would make him the third top Russian general to be killed.

Ukraine’s Ministry of Defense said that Lieutenant Colonel Dmitry Safronov, Commander of the 61st Separate Marine Brigade of the Russian Armed Forces, was killed during fighting when Ukrainian forces recaptured the city of Chuhuiv in the Kharkiv region.

Russian news outlets reported that Glebov was killed while taking part in a special operation in Donbas and was posthumously awarded the Order of Courage.

Guard Colonel Konstantin Zizevsky, the commander of the 247th Guards Air Assault Regiment, was reported to have been killed during a military operation to “protect the Donetsk and Luhansk People’s Republics.”

His death was confirmed in an Instagram post by Mikhail Vedernikov, the governor of the Pskov Region.

Guard Lieutenant Colonel Yuri Agarkov died alongside Konstantin Zizevsky, according to the same Instagram post by Mikhail Vedernikov, the governor of the Pskov Region.

Agarkov had previously served as the 56th Air Assault Brigade chief of staff and commanded a motorized rifle regiment, according to a report in the Russian media.

Ukraine has claimed to have killed Colonel Andrei Zakharov in an ambush on a Russian armored column in a suburb of Kyiv, according to The Guardian.

Drone footage emerged of the fighting, and Ukrainian media claimed that Zakharov, the regiment’s commander, was killed.

General Magomed Tushaev, a Chechen warlord, was reported to have been killed in a battle in Ukraine after a 56 tank convoy of Chechen tanks were destroyed near Hostomel, according to The Daily Mail.

Forces from Russia’s Chechnya region have been supporting Putin in his invasion of Ukraine.

Another warlord reported killed is Vladimir Zhonga, who led the Sparta Battalion, a Neo-Nazi military unit that has the Kremlin’s backing.

Vladimir Zhoga was reported to be shot dead in Volnovakha, The Daily Mail said.