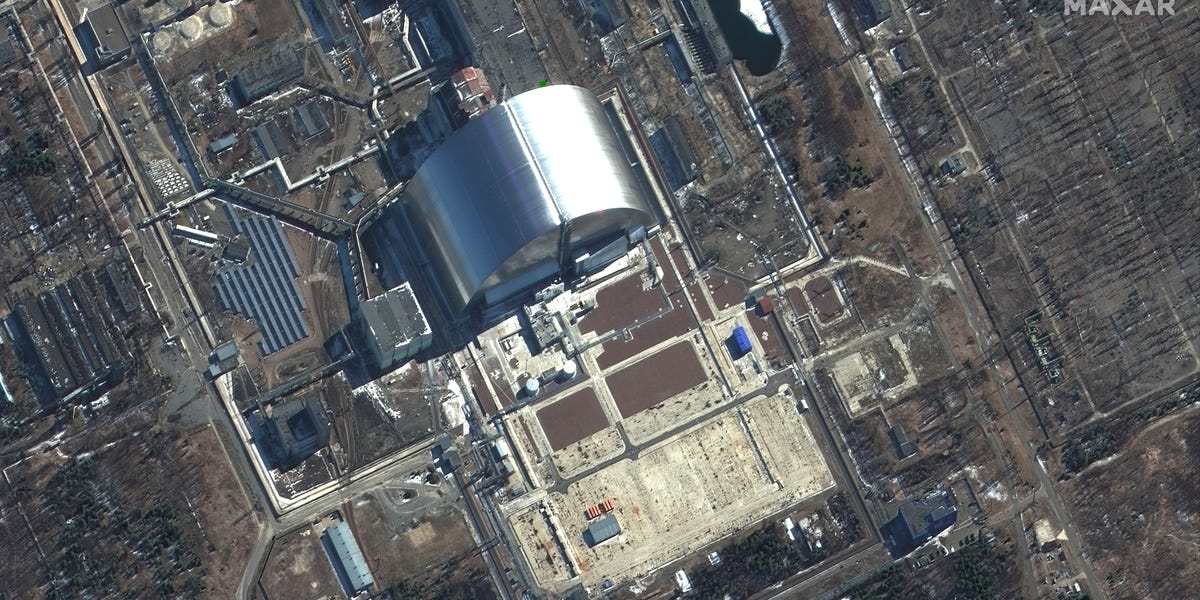 Rafael Mariano Grossi, director general of the International Atomic Energy Agency, said on Friday that technicians are restoring electricity to the power plant after Russian forces took control of the site.

Chernobyl is the site of the world’s worst nuclear power plant accident. In 1986, the core of a reactor opened at the plant, sending plumes of radioactive material into the air. Today, staffers are still working to clean up the site and permanently shut down its reactors, which no longer operate.

Most of the area has been decontaminated, Insider’s Aria Bendix reported, but there are still “hotspots” that contain relatively high levels of cesium-137, a radioactive isotope.

Russian troops last month seized the remnants of the Chernobyl nuclear plant, according to Ukrainian and Russian officials. After the seizure, monitoring systems tracking radiation levels showed a spike at several points in and around the site.

So far, technicians have “succeeded in repairing one section, but off-site electrical power was still down, indicating there was still damage in other places,” the IAEA said.

Since March 9, the plant has been running on emergency diesel generators that have been supplying back-up power, the IAEA said. “Additional fuel has been delivered to the facility,” the agency said, adding that “it remains important to fix the power lines as soon as possible.”

But “the disconnection from the grid will not have a critical impact on essential safety functions at the site, where various radioactive waste management facilities are located, as the volume of cooling water in the spent fuel facility is sufficient to maintain heat removal without a supply of electricity,” the IAEA said.