US map of states with most employment, pandemic insurance recipients 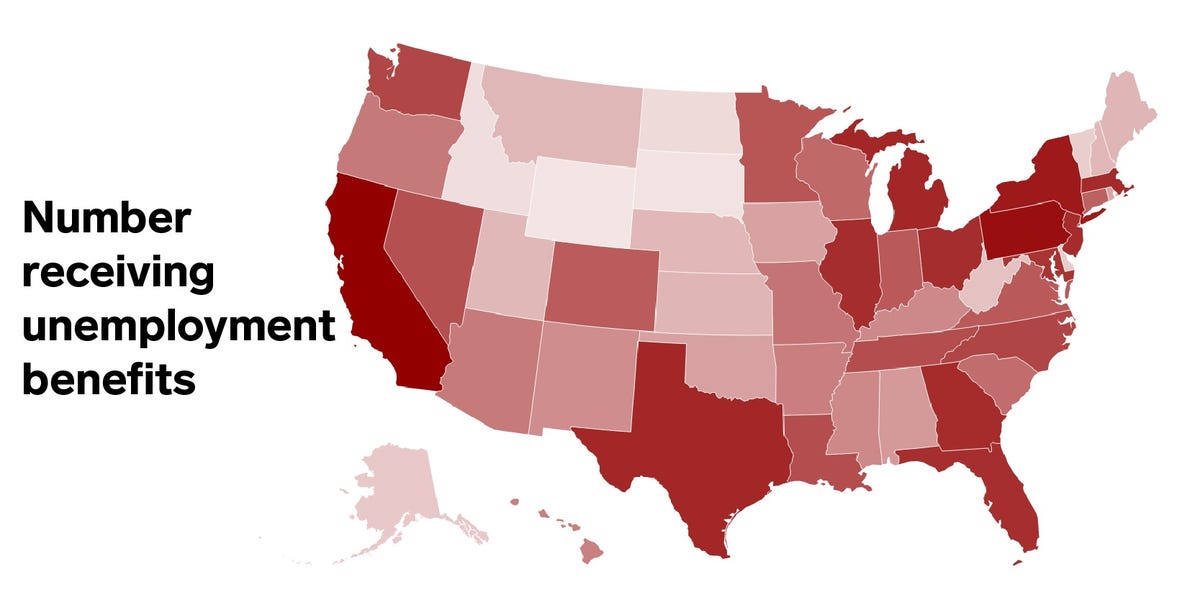 Millions of Americans are about to lose a crucial lifeline as extended unemployment benefits expire.

In response to the novel coronavirus pandemic and the resulting recession, Congress included a $600 per week supplement to unemployment insurance as part of the CARES Act stimulus package in March.

That reinforcement of the unemployment safety net expires on July 31, and Congress has yet to pass an extension or replacement. Congressional Republicans had proposed a partial extension of a $200 supplement per week, which failed in the Senate, as did a Democratic bill extending the full $600 per week benefit.

A Bank of America analysis noted that the lapse in benefits, combined with the roughly 30 million Americans still laid off and receiving unemployment insurance, could lead to a huge collapse in aggregate income. A reduction from $600 to $200 per week would work out to about a $12 billion weekly national loss in income and a complete end to the unemployment supplements would lead to an $18 billion decline in weekly income, according to the bank.

A study from the liberal think tank The Century Foundation calculated the effect of a reduction from $600 to $200 per week in supplemental benefits in each state, based on how average payments would change under the potential replacement law. Some states could see weekly benefits for unemployed workers cut roughly in half.

As the expanded benefits lapsed, roughly 28 million Americans across the 50 states and DC were still receiving unemployment benefits as of July 11, according to the most recent weekly non-seasonally adjusted figures from the Department of Labor released Thursday. This map shows the combined totals from that report for residents receiving traditional unemployment insurance and those receiving emergency pandemic benefits: