US Officials Think Ukraine Can Control Kyiv for Weeks 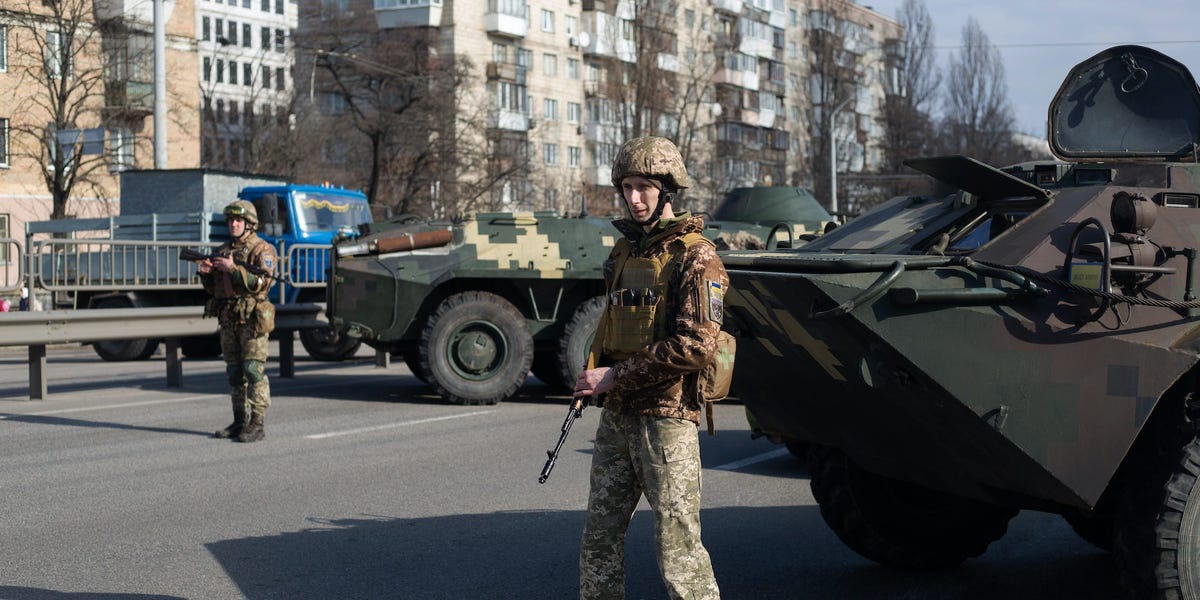 US intelligence believes Ukraine will be able to maintain control of Kyiv for several more weeks, according to NBC News, even as Russian troops continue to encircle the capital city.

A US official told the outlet Thursday that while Russia’s troops are in a position to completely circle Kyiv in the coming week or two, the fight to take total control of the capital will likely take much longer.

The same official said US intelligence believes the battle to take Kyiv could take another four-to-six weeks, though the official acknowledged that the US’ assessment is fluid and frequently changing.

Neither the Department of Defense, nor the White House immediately responded to Insider’s request for comment.

Prior to the invasion two weeks ago, Russian President Vladimir Putin believed his forces would be able to capture Ukraine’s capital in a matter of days. But a series of early-stage Russian failures amid the country’s chaotic initial assault left Ukraine in a stronger-than-expected position.

The US official told NBC that Ukraine is using a layered, mobile defense, which utilizes fast “hit-and-run” attacks with light infantry and anti-armor weapons. Ukrainian troops also have the advantage of fighting in their own country with intelligence assistance coming in from local citizens on the ground, the official said.

The Russians, however, are still in a powerful position and there is a limit to how long Kyiv can hold out. Lt. Gen. Scott Berrier, the director of the Defense Intelligence Agency, told The New York Times earlier this week that Ukraine’s hold on Kyiv could be running out of time.

“With supplies being cut off, it will become somewhat desperate in, I would say, 10 days to two weeks,” he told the outlet.

The newspaper reported that other estimates are similar. Some allied governments think Russia will completely surround Kyiv in a week, estimating Ukraine will then manage to hold on to the city for another month, according to the outlet.

And as Putin’s determination intensifies along with Ukrainian defiance, some experts fear the war is likely to escalate. William Burns, CIA director, told The Times that he is expecting an “ugly next few weeks.”