US Sanctions Ukrainian Nationals Accused of Working With Russia 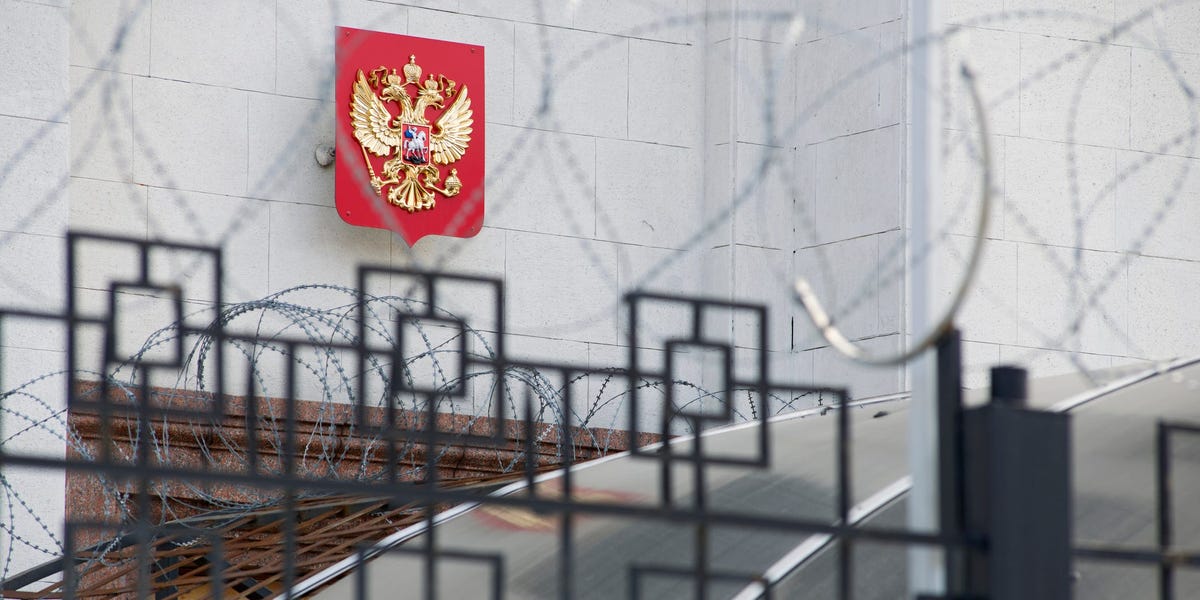 The US Treasury Department on Thursday issued sanctions against four Ukrainian nationals accused of working to “destabilize” the Ukrainian government. The department said in a news release that the four sanctioned individuals “engaged in Russian government-directed influence activities to destabilize Ukraine.”

“This is the latest action we have taken to target purveyors of Russian disinformation, including designations in April 2021,” the release continued.

The four people who were sanctioned are: Taras Kozak, who currently sits in the Ukrainian Parliament; Oleh Voloshyn, who is also a member of Parliament; Volodymyr Oliynyk, a former Ukrainian official who fled the country to seek refuge in Russia; and Vladimir Sivkovich, the former deputy secretary of the Ukrainian National Security and Defense Council.

Both Kozak and Voloshyn are part of the pro-Russian Opposition Bloc party that’s led by the Ukrainian oligarch Viktor Medvedchuk, “who is already subject to US sanctions for his role in undermining Ukrainian sovereignty in 2014,” the Treasury said.

The department also said the four Ukrainians targeted by Thursday’s sanctions acted at the direction of the FSB, Russia’s primary spy agency that’s also been sanctioned by the US. It went on to say that the officials “have played various roles in Russia’s global influence campaign to destabilize sovereign countries in support of the Kremlin’s political objectives.”

Kozak runs several news channels in Ukraine that he used to spread lies about the 2020 US election, the department said, and supported the FSB’s smear campaign against several members of Ukrainian President Volodymyr Zelensky’s inner circle.

Voloshyn is accused of working with Russian actors to “coordinate passing on information to influence US elections at the behest of Russia.” One of the people Voloshyn is alleged to have worked with is Konstantin Kilimnik, a former intelligence operative who the US designated last year as a “known Russian agent.”

The Treasury said that Oliynyk worked with the FSB last year to obtain information about Ukraine’s critical infrastructure. The Russian government has long targeted Ukraine’s electrical and power grids and cybersecurity experts previously told Insider that Russia has spent years using Ukraine as a “cyber weapon testing ground.” Oliynyk was designated on Thursday for “having acted or purported to act for or on behalf of, directly or indirectly, the Government of the Russian Federation.”

Sivkovich, meanwhile, was accused of working with a “network” of Russian intelligence operatives to carry out influence operations aimed at building support for Ukraine to “officially cede” Russian-controlled Crimea “in exchange for a drawdown of Russian-backed forces” in the Donbass region where fighting continues.

Thursday’s sanctions come as US officials repeatedly warn that Russia may be preparing to invade Ukraine. US President Joe Biden predicted on Wednesday that Russia would “move in” on Ukraine but drew sharp backlash for discussing a US or NATO response in the event of a “minor incursion.”

His comments, later clarified by the White House, also prompted Ukrainian President Volodymyr Zelensky to issue a statement pushing back.

Russia has gathered tens of thousands of troops near Ukraine’s border, sparking concerns across Europe that a new conflict could be on the horizon.

The recent Russian military buildup near Ukraine marks the second time in the past year that Moscow has prompted fears of an invasion by gathering a large force near the former Soviet republic. The Kremlin claims it has no plans to invade while blaming NATO for the contentious dynamic. Meanwhile, Russia refuses to pull its troops from Ukraine’s border and continues to stage provocative military exercises.

During remarks in Berlin on Thursday, US Secretary of State Antony Blinken said it was “absurd” for the Kremlin to blame NATO for the tensions and highlighted Russia’s history of aggression in the region. Russia in 2014 invaded and annexed Crimea from Ukraine. It’s also been supporting rebels in a war against Ukrainian forces in the Donbass region since then.

Diplomatic efforts to stave off a broader confrontation have so far been fruitless, and Russia continues to make demands for binding security guarantees that both the US and NATO have made clear are non-starters. Among other things, Russia has insisted that Ukraine and Georgia be barred from ever joining NATO, but the alliance has been adamant that its open-door policy is not up for discussion.

Blinken is in Europe this week to continue Washington’s effort to resolve the conflict peacefully. He visited Kyiv on Wednesday, and after his time in Berlin on Thursday will travel to Geneva on Friday for a meeting with his Russian counterpart.

The US has warned Russia it will face severe economic consequences if it invades Ukraine.

“If any assembled Russian units move across the Ukrainian border, that is an invasion. Let there be no doubt if Putin makes this choice, Russia will pay a heavy price,'” Biden said at the White House on Thursday.