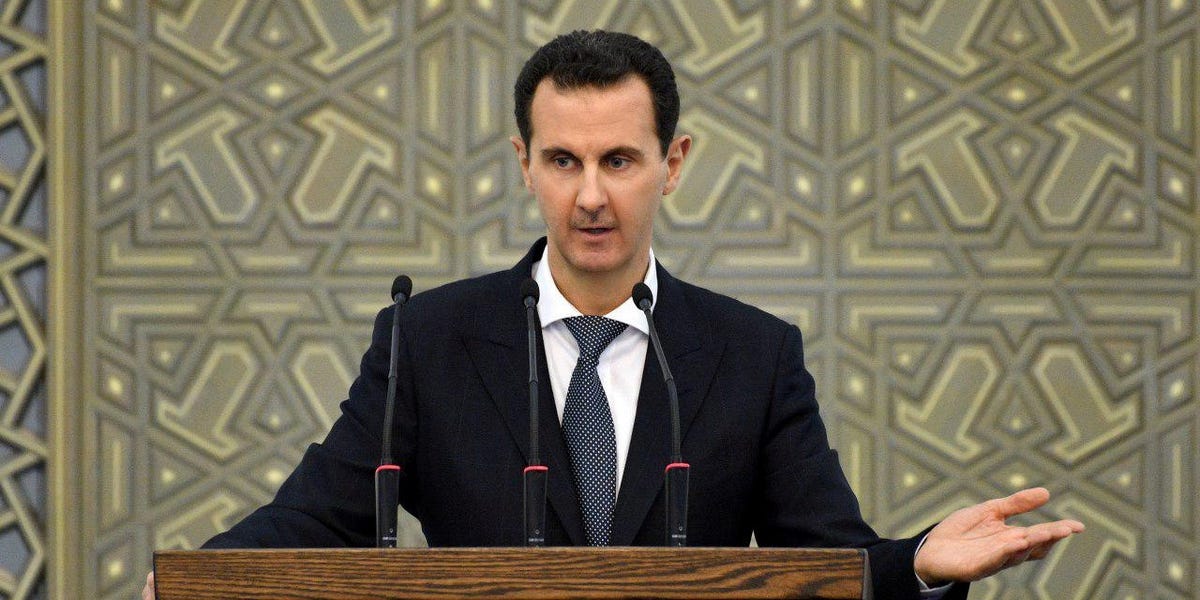 The US State Department has sanctioned 14 Syrian regime officials including the eldest son of President Bashar al-Assad.

Under the Caesar Act, Hafez Bashar al-Assad, 18, won’t be allowed to travel to or have assets in the US, The Guardian reported.

According to France24, the Caesar Act went into effect last month and is meant to hold Bashar al-Assad accountable.

“We will continue to hold Bashar al-Assad and his regime accountable for their atrocities, while keeping the memory of their victims alive. It is time for Assad’s needless, brutal war to end.  This, above all, is what our sanctions campaign is meant to bring about,” a State Department statement said.

The Guardian reported that this the second round of sanctions since June 17, when businessmen who financed Assad were sanctioned.

Assad and his wife have already been sanctioned; the sanctions against his son are meant to prevent him from working on behalf of his father.

“There has been a trend of senior Syrian regime actors and business people who have been active in the regime to do business through their adult family members to evade sanctions,”  deputy assistant Secretary of State Joel Rayburn told The Guardian.  “It seems very clear that the immediate family of Bashar al-Assad and their in-laws are attempting to consolidate economic power inside Syria so that they could use this to further consolidate political power.”

The country is in its ninth year of a brutal civil war that started in 2011 as an attempt to oust Assad and is struggling with hyperinflation, food shortages, and the coronavirus. In 2014, the situation began to become more complicated when ISIS declared parts of Syria under its new state, as Business Insider previously explained.

“Syria sanctions are not intended to harm the Syrian people and do not target humanitarian assistance or hinder our stabilization activities in northeast Syria,” the State Department statement read.

Sanctions were also placed on Major General Zuhair Tawfik al-Assad and his son.

“There must be accountability and justice for the victims of Hama, Maarat al-Numan, and of the Assad regime’s other war crimes and crimes against humanity. The Assad regime and those who support it have a simple choice: take irreversible steps toward a lasting political solution to end the Syrian conflict as called for by UNSCR 2254 or face new tranches of crippling sanctions,” the State Department wrote in a statement.