Victims of Frosties ‘Rug Pull’ Are Making Their Own NFT Line 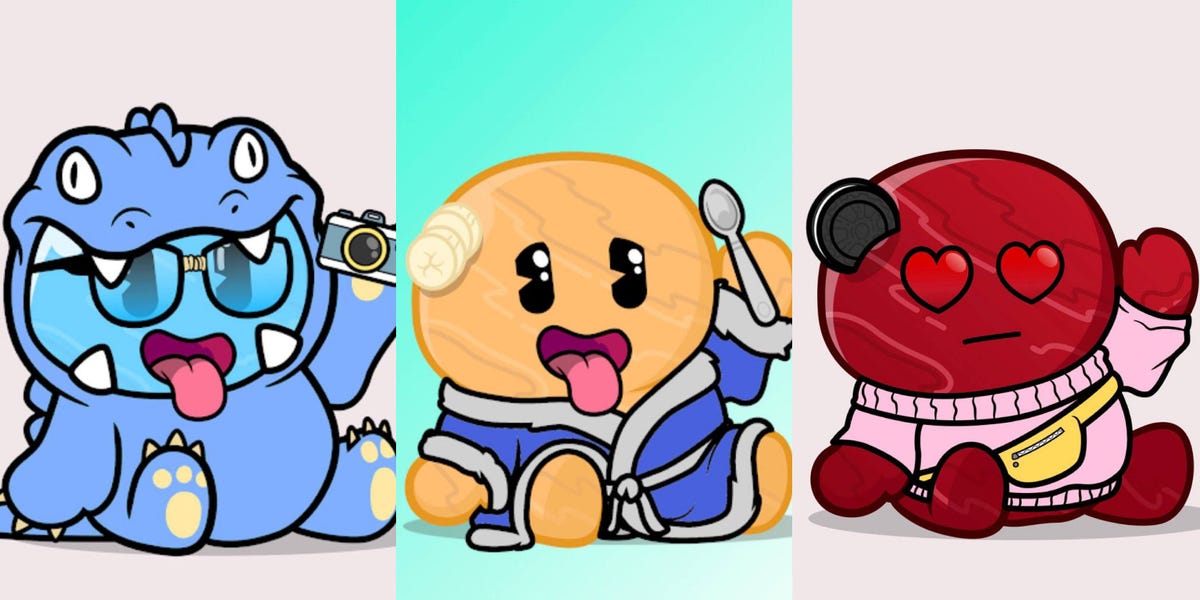 Defrauded investors of Frosties, a cartoon ice cream collection that was one of this year’s first known “rug pulls,” aren’t simply taking their losses and moving on.

Since the creators of a non-fungible token collection vanished after buyers poured in a total of $1.3 million, the victims of the scam have banded together and created a new line of NFT days after to revive what they have lost. A rug pull refer to a type of crypto scam where the creators vanish with investors’ money after launching what appears to be a legitimate project.

“We didn’t feel like we could just let this go,” Just Ashley, one of the community members spearheading the project who prefers to go by social media handler, told Insider. “There were a lot of people who lost quite a bit of money and we’re also trying to help them recover it.”

Wrapped Frosties look exactly like the original Frosties but run on a different smart contract. This is why the community members decided to call it “Wrapped,” alluding to the process of wrapping a token, which is essentially moving one token that belongs to a specific blockchain into another.

Investors who minted Frosties can simply “wrap” their tokens for no charge (other than gas fees). Newcomers are also welcome and can buy Wrapped Frosties immediately.

Just Ashley said this new line is meant to recover some of the losses incurred by the rug pull. Wrapped Frosties, for instance, has a 0.015 ETH floor price, roughly $37 at ether’s current level, compared to Frosties, which has a 0.002 ETH floor price, equivalent to around $2.

While the original line also has no possibility of fulfilling its intended purpose since its creators vanished, the team behind Wrapped Frosties devised a new plan, complete with the launch of a new NFT line. Currently, Wrapped Frosties has 405 owners, compared to over 2,200 for the originals.

Just Ashley said it was a challenge to unite all the original Frosties. The original

group had around 25,000 members. Now, it just stands at 1,600. It may also be possible that some people simply chose to not be involved.

“We are basically just volunteers,” she said, adding that there are roughly only a dozen of them working on everything without funding. “So all we can do is tweet and post on socials and hope that our community retweets … we are moving a little bit slower.”

On January 9, the creators of the original Frosties disappeared hours after all of their 8,888 tokens were sold out, according to the scammed investors and records reviewed by Insider. The creators then closed down their Twitter, Discord, and website, and removed their wallet from OpenSea — tell-tale signs of a rug pull.

It is estimated that the creators earned $1.3 million in ethereum based on its wallet. At that time, the NFTs had a floor price average of 0.04 ETH (roughly $99).

Just Ashley, who has been investing in NFTs since 2018, said this was her first rug pull. Still, she said she will continue to invest since she enjoys the community she fosters despite the inherent risks. “It can be a little bit like gambling, so never spend more than you can afford to lose,” she told Insider.

NFTs — digital representations of artwork, sports cards, or other collectibles tied to a blockchain — have surged in popularity in the past year as investors from Wall Street and Hollywood get onboard.

And as the market continues to boom, scams are also on the rise. Last year, the estimated value of rug pull scams totaled $2.8 billion, according to Chainsalysis.