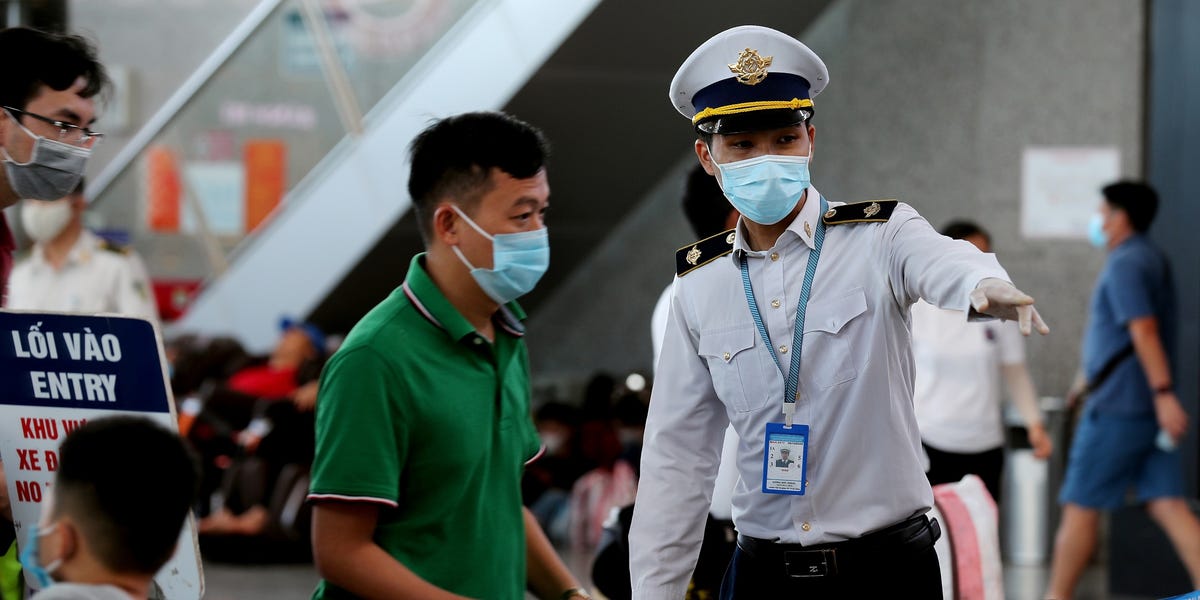 The first of the new cases was identified on Saturday, ending the country’s 99-day streak without any new cases.

On Monday, authorities confirmed 11 more people had tested positive for the coronavirus.

From Tuesday until Friday, 100 flights will leave Da Nang each day for 11 other Vietnamese cities, Prime Minister Nguyen Xuan Phuc said on Monday.

No flights will land in Da Nang for 15 days, all nonessential businesses will close, and mandatory social distancing rules have been reintroduced in the city, he added.

The hospitals where the 15 new patients are being treated have also been placed under lockdown.

While its borders are still closed to foreign tourists, domestic tourism is booming, with many Vietnamese citizens flocking to the beaches of Da Nang.

Vietnam is among the small number of countries that have managed to avoid a major outbreak. The World Health Organization has previously singled out Vietnam for its efforts.

Though Vietnam was one of the first countries to see ac oronavirus outbreak, it has only recorded a total of 431 cases, according to the Ministry of Health. No one has died of the virus.

Mass testing and strict quarantines have been cited as the reason for Vietnam’s success, but the evacuation of 80,000 people is an unusual tactic.

Authorities across the world have overwhelmingly chosen to enforce local lockdowns, curfews, track-and-trace systems, and mass testing drives to stop the spread of the virus.

Removing a football stadium’s worth of people is no mean feat, and relocating 80,000 people across the country runs the risk of reintroducing the virus in other cities.

Once concerning issue for Vietnamese heath authorities is that the new cases appear to be a new, more potent strain of the novel coronavirus. It is not yet clear whether this strain is more or less contagious.

Health minister Nguyễn Thanh Long said it had not been seen in Vietnam before Saturday, the BBC reported.