Where to Invest Amid Stagflation and Recession Risk: Jeff Gundlach 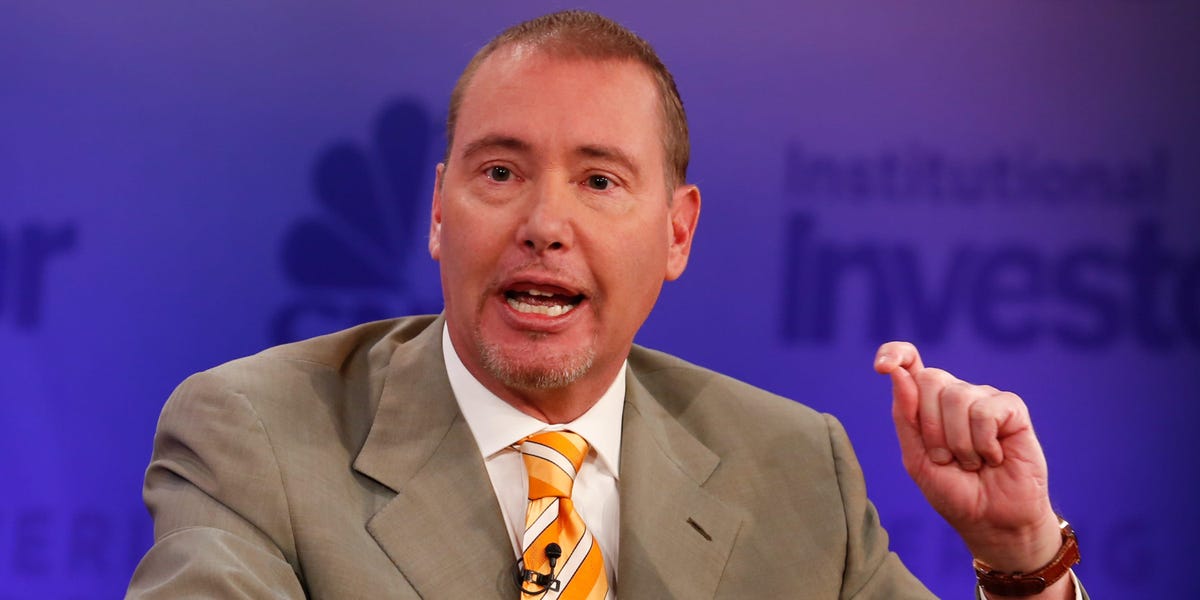 Caught in between skyrocketing commodities prices, turbulent financial markets, and 40-year-high inflation, the

The problem is that inflation, as measured by the Consumer Price Index, rose 7.5% year-over-year in January, its fastest surge since 1982. But short-term interest rates remain artificially low. For example, the yield on the benchmark 10-year US Treasury note sat at around 1.87%, as of Tuesday afternoon.

“These price spikes are really going to need the Fed to be aggressive if they are serious at all about fighting inflation,” Gundlach said in a Monday interview with Melissa Francis on Magnifi Media.

The so-called bond king, who co-founded the $134 billion fixed-income shop, does not expect to see prices subsiding anytime soon either. He observed that the upward trend in commodity prices, as measured by the Bloomberg Commodity Index, has gone up over 100% in 18 months almost without any correction in the interval.

“I just think we have supply problems relative to demand,” he said. “And until the cycle breaks, I just think you’ve got to go with the trend. And it seems to me that we are going to be seeing just further pressure for this year.”

The supply problem has deteriorated as the US and its Western allies slapped harsh sanctions against Russia, which invaded Ukraine about two weeks ago. As a result, Russia, one of the world’s largest exporters of key commodities including wheat, oil, natural gas, and nickel, has slumped into a deep

But the economic implications of a war in Europe have rippled across the globe as many economists slash their GDP growth forecasts amid mounting concerns over stagflation — a toxic mix of higher-than-normal inflation and low to negative growth.

“I think we need to start admitting that we are running into a stagflation situation,” Gundlach said.

From stagflation to recessionary risk

In Gundlach’s view, stagflation is already here but the problem now is that “the recessionary risk is going up very substantially.”

“Once it gets inside 25 basis points, you are on recession watch,” he said.

Oil shocks, which have historically caused demand destruction, are another cause of recessions, Gundlach added.

Oil prices have come back down to around $124 after surging to nearly $140 on Monday, but investors are betting on prices to soar again as the US and UK banned imports of Russian fuels on Tuesday. The increase in gasoline prices in 1980 and 2008 both triggered recessions.

Gundlach predicts that oil will top out at $200 a barrel sometime this year, though his view was expressed prior to Tuesday’s oil embargo. He criticized the hasty transition from fossil fuels to green energy as a misstep.

“We didn’t have a plan to transition us from tremendous uses of fossil fuel into other sources of energy,” he said. “Now we have this shortage. We are going to have to weirdly pivot back to more fossil fuel to ultimately get ourselves back on a path to the green fuels that everybody understands are a better long-term solution than polluting the planet so egregiously.”

As commodities have soared into the stratosphere, stocks have tumbled back to earth. The Nasdaq plunged into a

on Monday, the Dow fell into a correction, while the S&P 500 had its worst single-day decline since October 2020.

Gundlach thinks stocks have reached a short-term low and may get a “reflex rally.” As a result, stocks may see some “up days” ahead and commodities may experience some “down days.”

Over the long term, he recommends that investors dollar-cost average out of US stocks and into emerging market stocks, which has been a trend for some time to come.

“I don’t think you should do a massive trade, a huge one-day asset allocation, but that I think is a way of re-sculpting portfolios that will take advantage of the trends that are underway,” he said, “looking forward not a year but looking forward about five years from now.”

On the fixed-income side, he likes the 30-year US Treasury bonds, which were yielding 2.236%, as of Tuesday afternoon.

“It sounds ridiculous, advocating for something just over 2% against the 7.5% CPI that doesn’t look like it’s going to relax meaningfully anytime soon,” he said, “but that is the one thing, that and cash, frankly, that can protect you from the inflationary scenario.”

He also suggests that investors own shares of the iShares 20 Plus Year Treasury Bond ETF (TLT), which can also provide some portfolio protection.