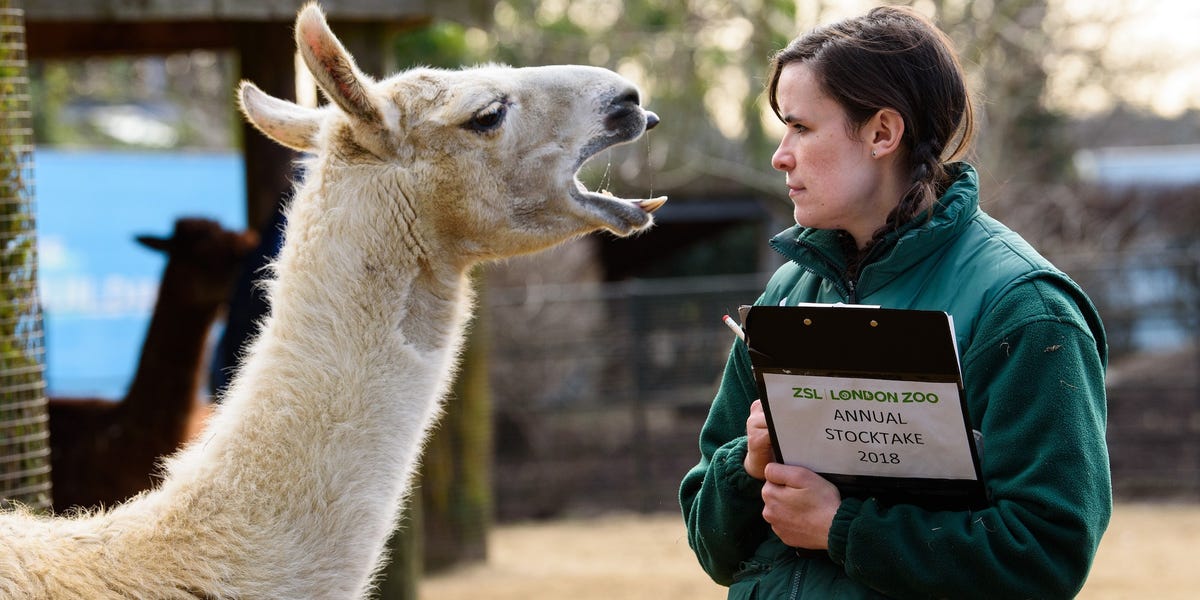 Llamas, the domesticated relative of the camel, has long been revered in South America. According to Aymara mythology, llamas are heavenly creatures.

Scientists also rely on llamas to conduct research on viruses ranging from HIV to influenza. Now they’re hoping that llama antibodies can serve as a treatment for COVID-19.

Professor James Naismith, the director of the Rosalind Franklin Institute in the UK, is the lead researcher in a new study on llama antibodies.

He spoke with The World about what makes llama antibodies especially suited to fight the coronavirus.

Carol Hills: Explain what you found in the llama’s antibodies and how that can help neutralize the coronavirus in humans.

James Naismith: Llamas have an unusual antibody. That’s one of the things that we’ve been able to harness. And we made … they’re called the nanobody, which is part of the antibody. We’ve been able to use molecular biology and [have] been able to turn what the llama makes into a really powerful agent that kills coronavirus.

Hills: How have you tested the llama antibodies so far?

Naismith: What we’ve done after characterizing them with electron microscopy and other technologies, we then tested them against live virus inside Petri dishes. So those are dishes covered in human cells and you expose them to the virus in the presence or in the absence of the llama antibody. And what we see is when the nanobody is there, even at very, very low concentrations, it completely protects the cells against the virus. In other words, it destroys the virus before it reaches the cell.

Hills: Would the llama antibody be part of a vaccine? How would it actually be used in terms of treating the coronavirus?

Naismith: The plan is to do something called passive immunization. Your listeners might remember Dustin Hoffman and I think the film was “Outbreak,” the Donald Sutherland character had all these bags of medicine in a cold storage facility. That’s passive immunization. You’re using antibodies from people who previously recovered from the virus and you gave their antibodies to somebody who’s commonly sick. In other words, you sort of transplant a bit of the immune response and that clears the virus from the system, allowing people to recover and for their own systems to get rid of the virus. So that’s well-known. We’d been doing passive immunization for 100 years. But passive immunization using human antibodies from people requires us to find the people, take their antibodies, make them safe, clean them up, they’re harder to stockpile, they’re harder to manufacture. By using llama nanobodies, we can make these reagents in the lab, have them stockpiled and ready and distributed rather than having to go around finding people all the time.

Hills: That would end up in the form of a pill or something like that?

Naismith: It’d probably end up in the form of a transfusion bag, but we are now testing reagents, which could be given in a different way, possibly through the nasal, sort of like, a puff up the nose. But all of that remains to be worked out.

Hills: And would it be one-use only or a recurrent used to actually treat COVID-19?

Naismith: That’s a really good question. So, passive immunization tends to be a one-shot deal. There’s also the element with llamas that they’re not human. Of course, llamas are closely related to humans, but they are different. So we don’t know whether your immune system will actually form an immune response to the llama nanobodies. That wouldn’t matter in the first dose. But it might matter if you got a second or third dose. But in fact, passive immunization is a single shot.

Hills: Is this antibody genetically unique to llamas or can it be found in other animals?

Naismith: You can find it in camels, alpacas, they’re all related, of course, they’re all Camelids. And the other species that have single-chain, what we call single-chain antibodies are sharks, but they’re even less friendly and less easy to deal with than llamas.

This interview has been condensed and edited.