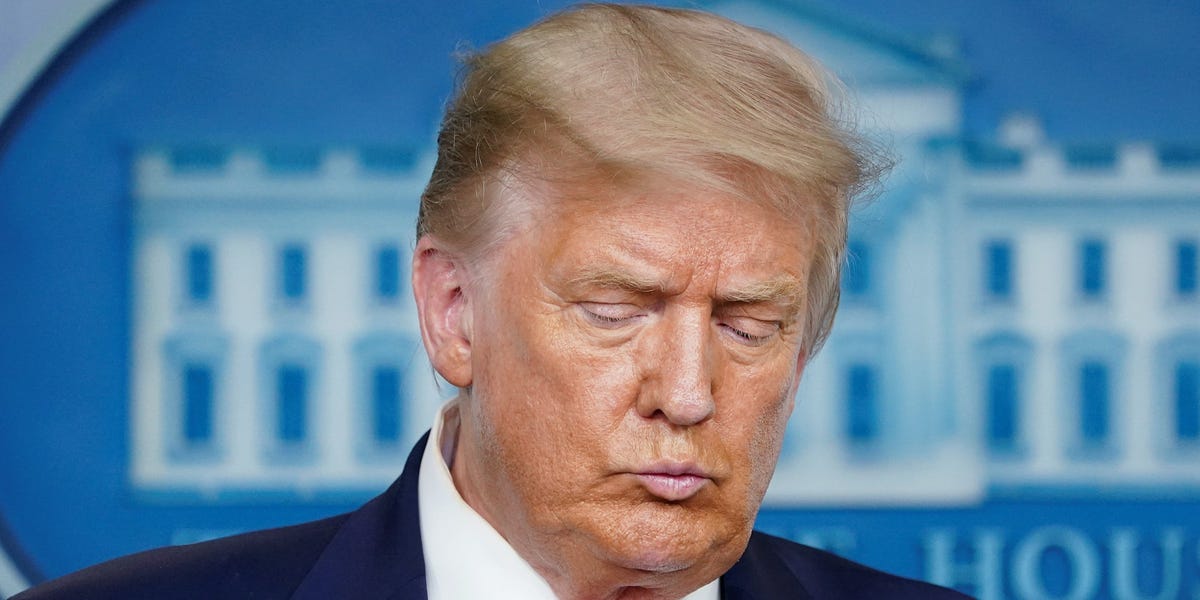 A woman in a viral coronavirus misinformation video from right-wing site Breitbart, which was retweeted by President Donald Trump and his son Donald Trump Jr., holds other outlandish and implausible beliefs, The Daily Beast reported.

According to the Texas Medical Board, Stella Immanuel is a licensed pediatrician.

The Daily Beast reported that Immanuel is also a minister who has made a host of unsubstantiated medical claims, including that cysts and endometriosis are a result of people having dreams that they’re having sex with demons and witches.

She added that people can find out if they have a demonic spouse if they have sex dreams about people they know or celebrities, “wake up aroused, stop getting along with their real-world spouse, lose money, or generally experience any hardship. “

Immanuel’s clinic is listed as 6278 Highway 6 South in Houston, according to the medical board, but local CBS outlet found that it was also the address for a ministry led by Immanuel called Fire Power Ministries Christian Resource Center.

According to The Daily Beast, in 2015 sermon, Immanuel among also claimed that alien DNA was being used in medicine.

She’s also claimed that an 8-ball “was a psychic” used to get kids adjusted to witchcraft and “has claimed that the American government is run in part by non-human reptilians,” according to The Daily Beast.

Immanuel also reportedly claimed that gay people were practicing “homosexual terrorism,” and said that the legalization of gay marriage would lead to people wanting to marry kids.

In the viral video, Immanuel can be seen on the steps of the Supreme Court at the “White Coat Summit,” which was organized by a group called America’s Frontline Doctors, formed earlier this month. During the press conference, Immanuel falsely claims that hydroxychloroquine is a cure for coronavirus.

“Nobody needs to get sick,” Immanuel said in the video. “This virus has a cure.”

According to the Centers for Disease Control and Prevention and the World Health Organization, there is currently no cure for COVID-19, the disease caused by the coronavirus.

Several studies have shown that hydroxychloroquine failed to help hospitalized patients and has no significant clinical benefits when used to treat coronavirus.

While the Food and Drug Administration allowed for hydroxychloroquine to be used in emergency settings in hospitals at the beginning of the pandemic, it revoked that permission in June.

In a tweet, Immanuel has also challenged Dr. Anthony Fauci and CNN hosts to give her a urine sample to prove they aren’t taking hydroxychloroquine.

The Washington Post reported that Trump said: “I think they’re very respected doctors. There was a woman who was spectacular,” when asked at a press conference about the video.

The Post said the president did not say which woman he was referring to.

CNN’s Kaitlan Collins asked Trump about Immanuel and her conspiracy theories during a Tuesday press conference.

“I thought she was very impressive, in the sense that, from where she came — I don’t know what country she comes from — but she said that she’s had tremendous success with hundreds of different patients,” he responded.

Immanuel was born in Cameroon and got her medical degree in Nigeria. “I thought her voice was an important voice, but I know nothing about her.”