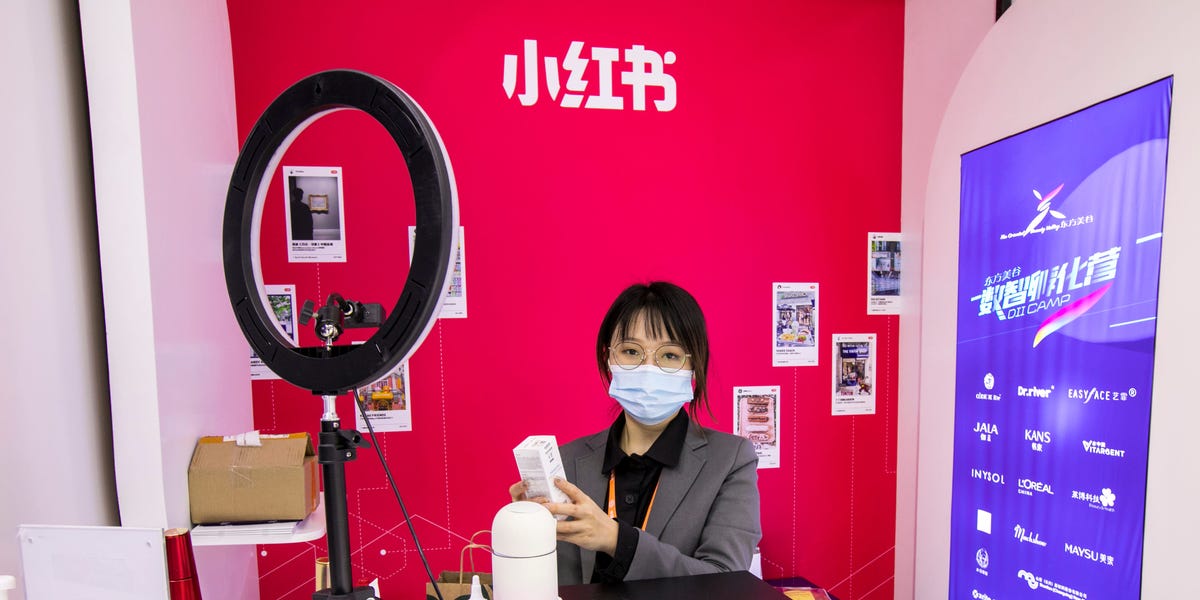 Xiaohongshu, a popular influencer and shopping app described as “the Instagram of China”, is taking its first concrete steps towards expanding overseas and targeting international users, Insider has learnt.

Its expansion would mark the growing ambitions of Chinese tech firms outside their home nation, taking on US giants such as Meta and Amazon. TikTok, owned by China’s ByteDance, remains the poster child for Chinese apps going international.

Shanghai-based Xiaohongshu, meaning “little red book” in Chinese, has hired a candidate to oversee the development of its international product, according to a person familiar with the matter.

The firm has also been looking for a candidate in Singapore to head up international business operations, that person said, asking not to be identified for discussing confidential information. No clear timelines and plans were discussed, that person added.

Insider found several job listings for roles in China suggesting the firm wants to develop an international product, including a role for an international product manager who preferably speaks Japanese. While the scope is global in nature, Southeast Asia and Japan appear to be priority markets, said another person who asked not to be identified for discussing sensitive matters.

Xiaohongshu may also be planning on developing the first non-Chinese version of its app.

The company did not respond to Insider’s request for comments.

Xiaohongshu is “kind of like Instagram, Etsy, and Amazon all in one,” said Sarah Yam, co-founder of Red Digital China, a digital marketing agency.

The app is currently only available in China, where its estimated 200 million-plus monthly active users browse for product recommendations, lifestyle advice, and how-to videos.

Compared to Instagram, “Xiaohongshu is more open,” said Zoe Lu, project manager at strategic research agency Daxue Consulting. It’s less about subscribing to particular creators — instead, an AI-powered algorithm shows you videos the app thinks you might be interested in.

In another video, lifestyle influencer Winnie Wen coaches her 3.4 million followers on how a woman should kiss her boyfriend. “Gentle reminder, this video can get more risque towards the end,” she says, smiling at the camera.

The company, stylized as “RED” in English, was founded in 2013 by chief executive Charlwin Mao, a former Bain consultant and Stanford Graduate School of Business alumnus, and president Miranda Qu, who previously worked at German media conglomerate Bertelsmann.

The app is wildly popular with China’s Gen Z generation, with about three-quarters of its users born in the 1990s and half living in the most affluent cities in China including Beijing and Shanghai. Most of its users are female, according to state media reports.

That young, affluent, urban user base has attracted big foreign brands. Kim Kardashian joined the app in 2018 to sell her KKW fragrance lines. Luxury brands such as Gucci use it to showcase their products. Olympics freestyle skier Eileen Gu held a livestream on the app earlier in February.

Chinese firms are exploring overseas expansion as China cracks down

Xiaohongshu considered listing in the US in 2021, Bloomberg reported, but decided to explore a Hong Kong listing instead after Beijing required that companies handling data of more than 1 million users go through a cybersecurity review before going public overseas. The firm has yet to go public, and raised $500 million in private funding in November.

There are other tell-tale signs of its international ambitions. The company appears to have created an English-language version of its website in the summer of 2021. It’s also launched accounts on Instagram, Facebook, YouTube, Twitter and LinkedIn – English-language platforms that are not easily accessible in mainland China. And analysis by blog 591Info suggests Xiaohongshu has been advertising to audiences abroad in Malaysia, Singapore, Hong Kong, and the US.

“There was this parallel universe of Chinese companies that pretty much only were offering their services in China,” Zuckerberg reportedly told employees in 2020. “TikTok, which is built by this company Beijing ByteDance, is really the first consumer internet product built by one of the Chinese tech giants that is doing quite well around the world.”

“There’s so much active regulatory intervention that there seems to be a constant moving target,” she said. “By moving out of China, tech companies may think they’re buying more time to work in a more stable regulatory environment.”

“But the new regulations (on personal data) are generally worded to apply beyond borders … so they should be looking to divert their consumer base to non-Chinese consumers,” she added.

Still, Zuckerberg may not have much to worry about, as Xiaohongshu prioritizes the Southeast Asian markets where the US giants have a reduced presence.

“TikTok is successful because video sharing was still a blank slate overseas,” said Lu of Daxue Consulting. “But Xiaohongshu has a strong competitor — Instagram.”