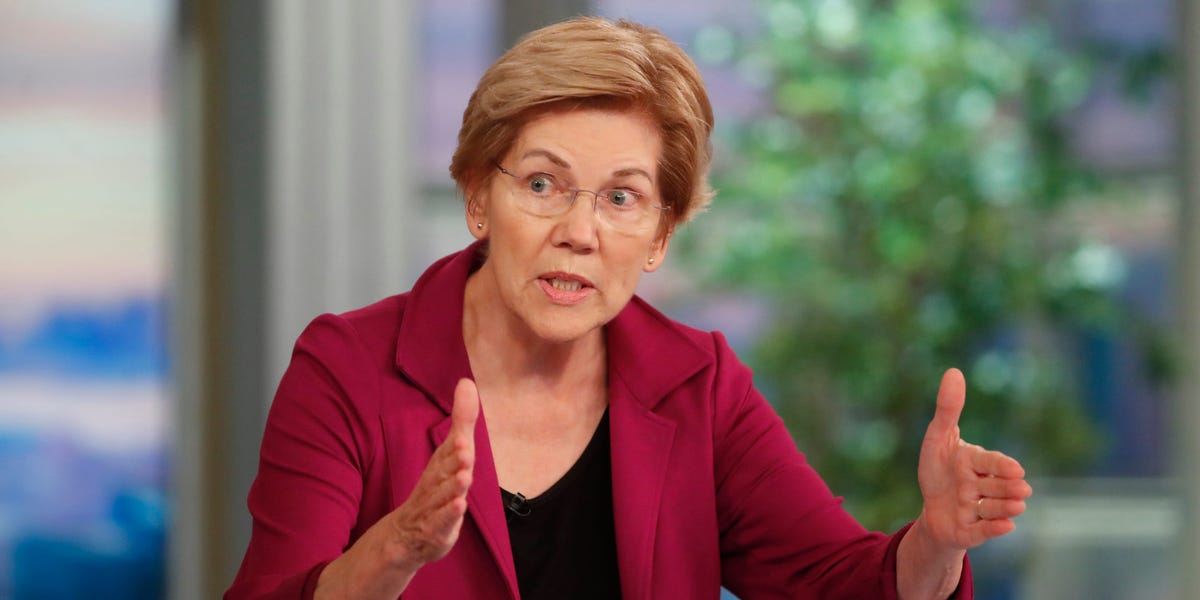 Sen. Elizabeth Warren of Massachusetts said $20,000 in student loan debt “might as well be $20 million” for people working at minimum wage because “they don’t have enough extra money to pay it.”

In an interview with Teen Vogue, she continued to urge student loan forgiveness — a major platform of her presidential campaign in 2020.

Her remarks come in the wake of radio silence from the Biden White House on wiping out at least $10,000 in college debt — one of President Joe Biden’s promises he made during his campaign. Late last year, Biden extended the student-loan payment pause until May 1, 2022, granting an additional three months of pandemic relief for 43 million federal borrowers.

Warren said the thrice-extended student loan forbearance shows “how significant it is in the lives of millions of Americans.”

“The pause has given people a chance,” Warren told Teen Vogue on Monday. “It’s a reminder of how student loan debt now profoundly affects our economy.”

“Right now, people who are struggling with student loan debt don’t move out of mom’s house, don’t buy cars, don’t buy homes, and don’t start small businesses,” she continued. “All of that holds our economy back.”

On a micro level, the senator added that people are struggling with paying off their debt, in part due to the interest rates, calling the federal government a “tough debt collector.”

“When people get into trouble, the government compounds that interest and then stays on them for repayment forever,” Warren said. “There are people who tell me that they went to school for a couple of years [and] it didn’t work out, but in total they borrowed $30,000 and now they owe $130,000. I meet people who tell me they originally borrowed $50,000, that they have now paid $60,000, and they still owe a hundred [thousand].”

“This is what the combination of

and penalties [does] when people fall behind,” she added.

During a press conference last week, Biden ignored a question on whether he will fulfill his campaign pledge and cancel $10,000 in student debt. Previously, the president deflected responsibility for college debt forgiveness to Congress not yet drafting legislation to cancel it.

“They haven’t sent him a bill on that yet,” White House press secretary Jen Psaki said.

Warren expressed her support for people to organize protests or even a debt strike should student loan forgiveness continue to be put on the back burner.

“I am all in for young people to find every way humanly possible to raise their voices,” she said. “The White House is making a decision now. We need to be heard — all of us.”