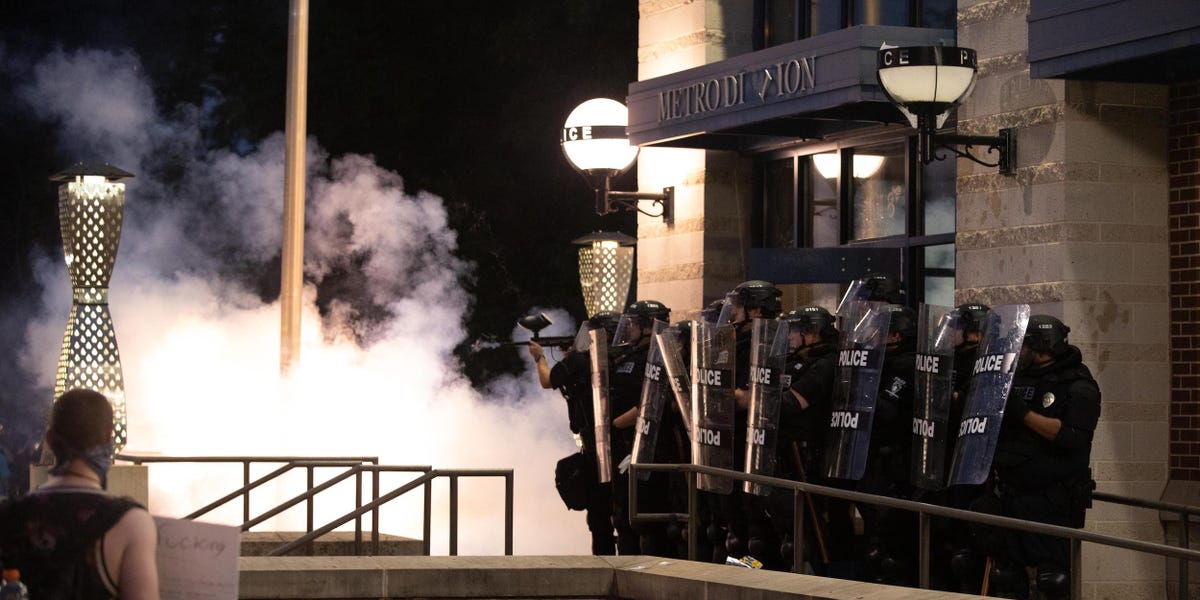 If you spend enough time on YouTube, you’re certain to get sucked down a rabbit hole into a conspiracy theory. Watch enough videos about cool outer space phenomena, for instance, and you’ll likely get dumped into the corner of the internet where flat-earthers reside. Or a quick search of home improvement videos demonstrating simple plumbing fixes could lead you to the small-but-loud community that believes fluoridated drinking water is a government mind control plot.

You have to be on guard against everything you read and watch on the internet — it’s just part of what it means to live in the 21st century. So I expect your defenses to go up when you hear my colleague David Goldstein make this announcement at the beginning of the latest episode of Pitchfork Economics: “It is not over the top to say that the world we’re living in today, politically and economically, is the consequence of a multi-decade plot against American democracy.”

“I sound like a paranoid lunatic,” Goldstein admits, but unlike the 9/11 truthers and the anti-vaxxers you’ll find ranting on Reddit, the conspiracy that he’s talking about is real, it’s well-documented, and it has been wildly successful. The guest on this episode, Nancy MacLean, published an important book called “Democracy in Chains: The Deep History of the Radical Right’s Stealth Plan for America” which documents, in Goldstein’s words, a “very detailed and specific plan to, basically, undermine our democracy and impose the rule of a select group of libertarian oligarchs.”

MacLean identifies a Nobel Prize-winning economist named James McGill Buchanan as the originator of this plot. For nearly the entire 20th century through his death in 2013, Buchanan’s libertarian free-market, anti-government sentiment fueled nearly every far right-wing movement in the western world, from the Koch Brothers’ prominence in national politics, to Governor Scott Walker’s radical anti-union legislative push in Wisconsin, to the rise of the Tea Party, to the far-right Chilean constitution that enabled the autocratic regime of Augusto Pinochet.

Buchanan’s goals sound like a to-do list for the modern Republican Party: Enrich the wealthy at the expense of the poor through tax cuts and low wages, destroy programs like Social Security, and eliminate regulations on industry.

Buchanan and his acolytes understand these are hugely unpopular ideas. They “recognize that they are a permanent minority, that nobody wants the programs they are trying to impose,” MacLean explains. No sane populace would democratically select policies that enrich the few at the expense of the many. So the conspiracy has undertaken a decades-long program to attack your right to vote — by imposing strict voting regulations, by gerrymandering districts to ensure permanent conservative rule, and by increasing the role of big money in political races.

MacLean urges her listeners to escape the two-party framework when discussing Buchanan’s conspiracy to take over American politics. “The notion that this is partisan — that this is a battle between liberals and conservatives” is false, she said. “This is no longer my father’s Republican party. One could say this is a party that has been absolutely transformed by strategic changes to the rules, and the incentives practiced by these arch-right donors.”

At this point, you might be wondering if you’ve fallen down an internet rabbit hole, so here’s where I offer you something that no ranting Tupac-is-still-alive YouTuber ever will: more primary sources.

MacLean isn’t the only author who has documented this far-right network. Two other journalists operating independently of MacLean have published excellent books tracking the network of libertarian operatives who have plotted covertly to build the Republican Party as we know it. Put the three books together and you have a summer reading list that reveals the true power behind the throne of the American right.

Christopher Leonard’s excellent “Kochland: The Secret History of Koch Industries and Corporate Power in America” documents in painstaking detail the biography of the Koch Brothers and how they came to dominate conservative politics for generations. A talented business reporter, Leonard devoted years to the untangling of Koch Industries finances and the documentation of their successful war against the American environmental movement.

And Jane Mayer’s bestselling “Dark Money: The Hidden History of the Billionaires Behind the Rise of the Radical Right” focuses more specifically on the mechanisms that a few billionaires used to manipulate American politics into a rigged system that worked in opposition to progressive values.

If you only read one of these three books, make it “Democracy in Chains,” which offers the largest scope and the clearest picture of the conspiracy against American democracy. But when read all together, “Democracy in Chains,” “Kochland,” and “Dark Money” serve as a kind of trilogy about the rise of the anti-government Tea Party and the decades-long silencing of American progressives.

The fact that this shadowy conspiracy has been dragged into the light, and that so many Americans have taken to the streets this summer to protest the America that Buchanan built, are signs that Buchanan’s plan might not have been as foolproof as he believed. MacLean sees signs of hope that the conspiracy might be coming to an end.

“We can take advantage of the fact that there is a huge majority that this libertarian right is afraid of,” MacLean said. “When people come together across these various differences — of ideas, of demography, of region of the country, et cetera — and rally to stop this, to renew democracy, that could be an incredibly powerful and transformative force.”

Conspiracies are formed in the shadows because their architects don’t believe they can survive the light of day. By sharing this information widely and standing up against the un-American policies that the other side has put into place, Americans can take back the country that was stolen from them.